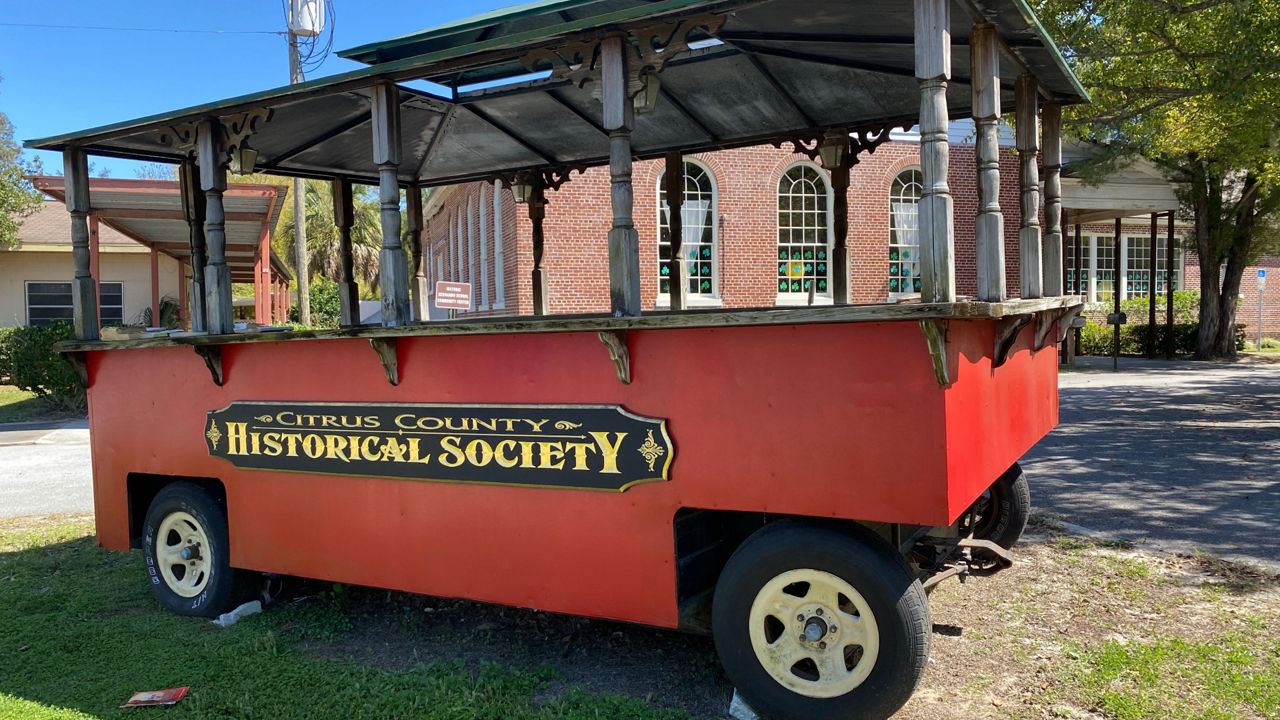 Built in the early 1940’s, the Hernando Elementary School was the only elementary school in the community. (Katya Guillaume/Spectrum Bay News 9)

A new distinction is in the works for outside the old Hernando Elementary School in Citrus County by fall.


What was once the place to gather in the 1940’s is now memories written inside a history book.

Built in the early 40’s, the Hernando Elementary School was the only elementary school in the community.

“These schools are like anchors to our community,” she said. "We might not quite look at it the same way today but in a sense, schools still are.”

Turner told Spectrum Bay News 9 that the building was used for election speeches, and as a place where students learned about gardening amongst other things.

“Really it’s been the focal point of that little community of Hernando even before this historic building was built," Turner said.

A news distinction is in the works for outside the old Hernando elementary school in Citrus County thanks to members of the county’s @todaysDAR.

The building changed quite a bit over the years and the county is in the final restoration phase, but there’s one more addition needed.

Faeth House, Regent with the Daughters of the American Revolution said, “We want to do something to mark our historic properties.”

The plan is to place a 3 feet by 3 feet historic marker place on the property for tourists and residents to read about the history of this building. But it will take some time before that marker can happen.

Houle said, “We go to the Daughters of the American Revolution and they have to review it all and give their permission before I can actually order a marker and have it put up.”

Since the property belongs to the county now, the Board of County Commissioners will also have to approve the marker, similar to the other three throughout the county.

Houle said she received positive feedback from the board when she presented the idea to them at Tuesday's Board of County Commissioners meeting. “They were all very positive about it, both boards," she said.

The building has been been sitting vacant for the past few months now and the goal after restoration is to use it as a community center and bring it back to a place Hernando residents can gather again like they did in the 1940’s.