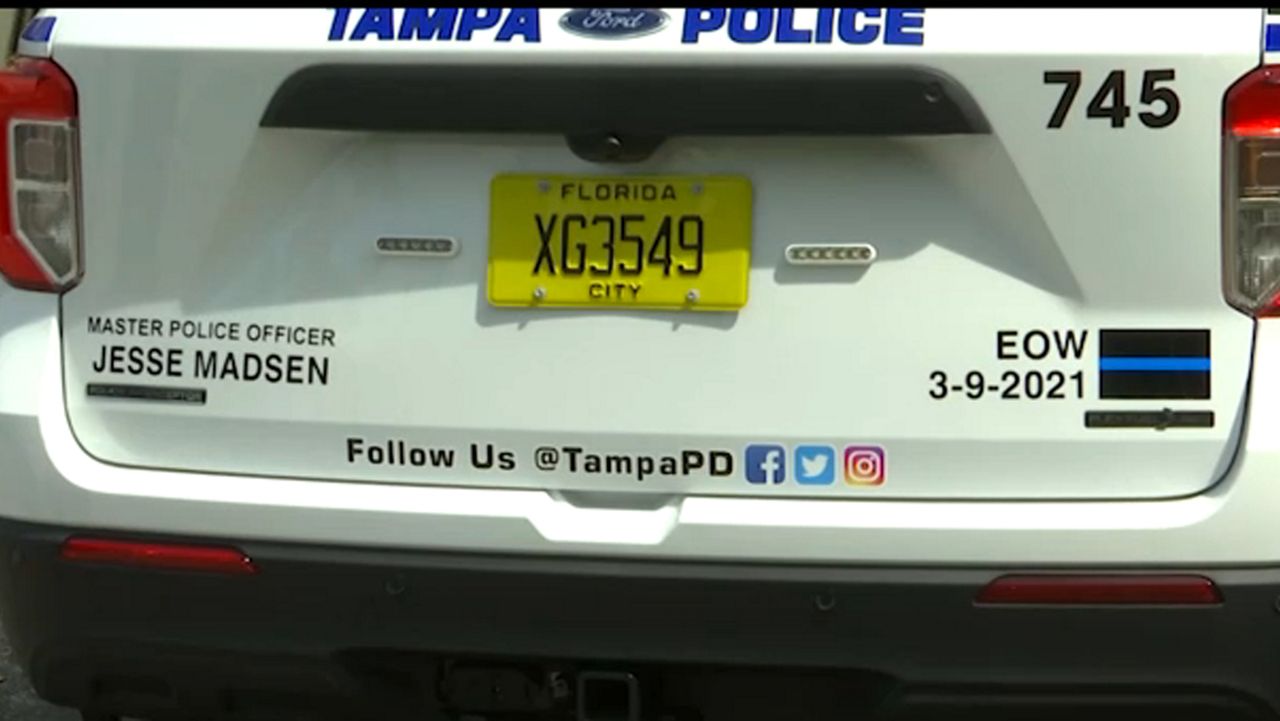 The decals honor the fallen hero Madsen, who veered into a wrong way driver on I-275 in order to save others’ lives.

The Tampa Police Department is keeping fallen officer Jesse Madsen’s legacy alive through a tribute on its police vehicles.

For Officer Ryan Agostinis, it’s not just a patrol car.

It’s a reminder of the friend that will live forever in his heart.

“From the moment I met (Madsen), we became instant friends. He was that kind of person. He didn’t have a mean bone in his body and once you were friends you were friends for life,” he said.

The decals honor the fallen hero Madsen, who veered into a wrong way driver on I-275 in order to save others’ lives.

Agostinis says his friendship with Madsen goes beyond the police force, to their time in the U.S. Army Reserves.

“One of the most loyal, honest people I’ve ever met, and its… it’s a shame he had to go out this way. But I know he went out doing what he loved - protecting the citizens of Tampa, people he’d never even met,” he said.

Of all the badges, this one, remembering Madsen, is the most valuable one of all.

Officer Agostinis will be sitting alongside Madsen’s family Tuesday during the funeral service, and says he’s one of the few officers that will escort his body to the cemetery.