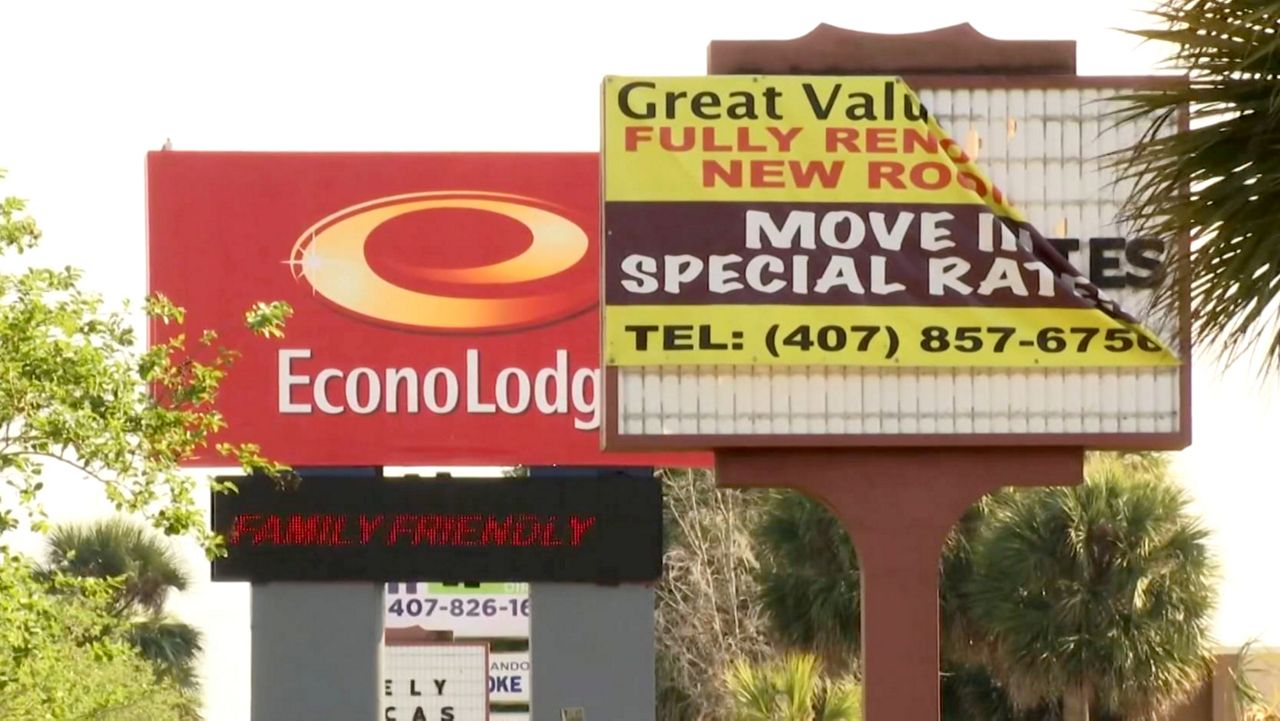 Officials say there are many students who live in area motels and could benefit from the McKinney Vento homeless education program, if their families would only apply. (Spectrum News 13)

But that doesn’t mean there’s fewer of them.

When you drive down Orange Blossom Trail in Orange County, you’ll see a lot of hotels and motels who cater to those who can’t afford stable housing.

You wouldn’t know it, but many of these rooms are occupied by students.

She and her staff try to visit families in unstable housing at least once a week.

She says parents losing their jobs thanks to the pandemic has worsened Central Florida’s affordable housing crisis.

“We recently had a family that had to move four times in one week, because they couldn’t afford the nightly rent,” she said.

Christine Cleveland with Orange County Public Schools, says these are the families the district is trying to reach.

“It’s really gonna be more than likely that they qualify for our program because they’re gonna probably have multiple people living in that house,” Cleveland said.

She says they’ve only had about 3,200 families report a need for their McKinney Vento homeless education program this year.

Which concerns her because they typically see closer to 6,000.

“They’re not identifying as a Mckinney Vento family when they could be getting the supports through our program,” Cleveland said.

That support allows students to stay enrolled at the same school even when they move.

And provides free transportation from their new address.

Watson says these children desperately need that kind of consistency.

“The best thing that can happen for their student is to remain in their school…so that they can have that part of their life remain stable,” Watson said.

That's why Orange County Public Schools is encouraging any family who might fit this description to sign up.

Or you can go to your child’s school in person and they can help you sign up. ​