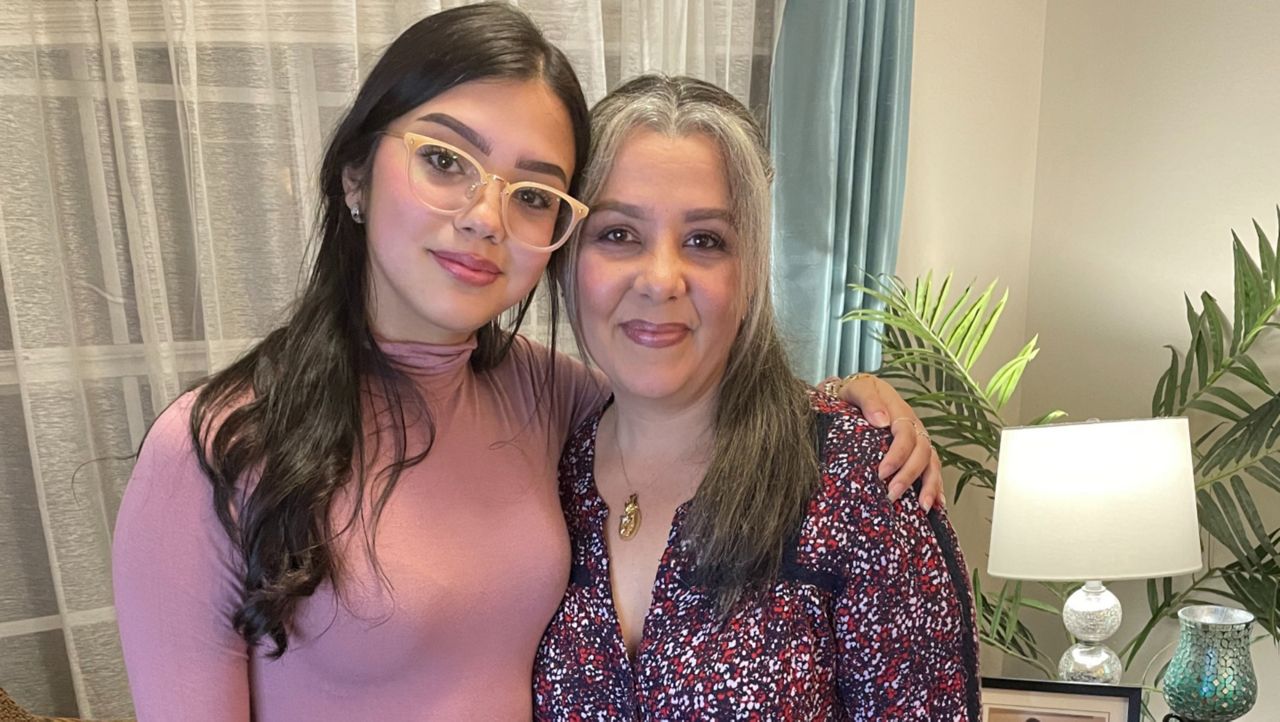 Osceola County Schools student Victoria Mendez (left), with her mother Maria, says she would feel more confident about passing the FSA test if she could take it in Spanish. (Jesse Canales/Spectrum News)

OSCEOLA COUNTY, Fla. — The Florida Legislature will take up two bipartisan bills that would help more than 265,000 students improve their odds of passing the Florida Statewide Assessment (FSA) tests.


Even though the state of Florida contains the third-highest number of English Language Learner (ELL) students in the country with more than 265,000, all-state required assessments are English-only. A passing grade for an FSA is required in order for a student to receive a high school diploma.

The bills — Senate Bill 724 and House Bill 711 — would provide ELL students with FSA tests in their native language and would need to pass by mid-April or the testing change must wait until the next session.

The current English-only system caused a lot of difficulties for Victoria Mendez, 18. She moved to the United States from Venezuela six years ago without any knowledge of how to speak English. Mendez, now a senior at an Osceola County High School, is considered an ELL student, someone whose second language is English.

“When I started taking it [FSA], all the words, all the paragraphs in English. I was like, ‘Wow, I don’t understand this. How am I supposed to get the answer?’ ” Mendez said. “What happens if you don’t know the language? You’re not going to pass for that? It’s not fair.”

Mendez failed the test in 10th grade, two years ago. She retook it this year because the state canceled it last year due to the COVID-19 pandemic. She now waits, worrying what will happen if she can’t pass this time.

“It basically says in your mind, you’re not going to have a future,” Mendez said.

According to Alianza for Progress Executive Director Johanna Lopez, “They’re doing their job in the school system. The problem is the test is not representing what they are learning.”

Lopez, an Orange County School board member and a former school teacher of more than 20 years, said she’s seen the current system impact ELL students in the past and prevent them from graduating. That is why Alianza for Progress is pushing lawmakers to pass HB 711 and SB 724.

Both bills have bipartisan support.

Lopez said she believes graduation rates will improve if the bills pass.

“When the governor waived the FSA, our ESOL [English as a Second Language] students get better grades, and the graduation rate for ESOL students raised,” Lopez said.

“If the test was in Spanish, I would say that I passed,” Mendez said.