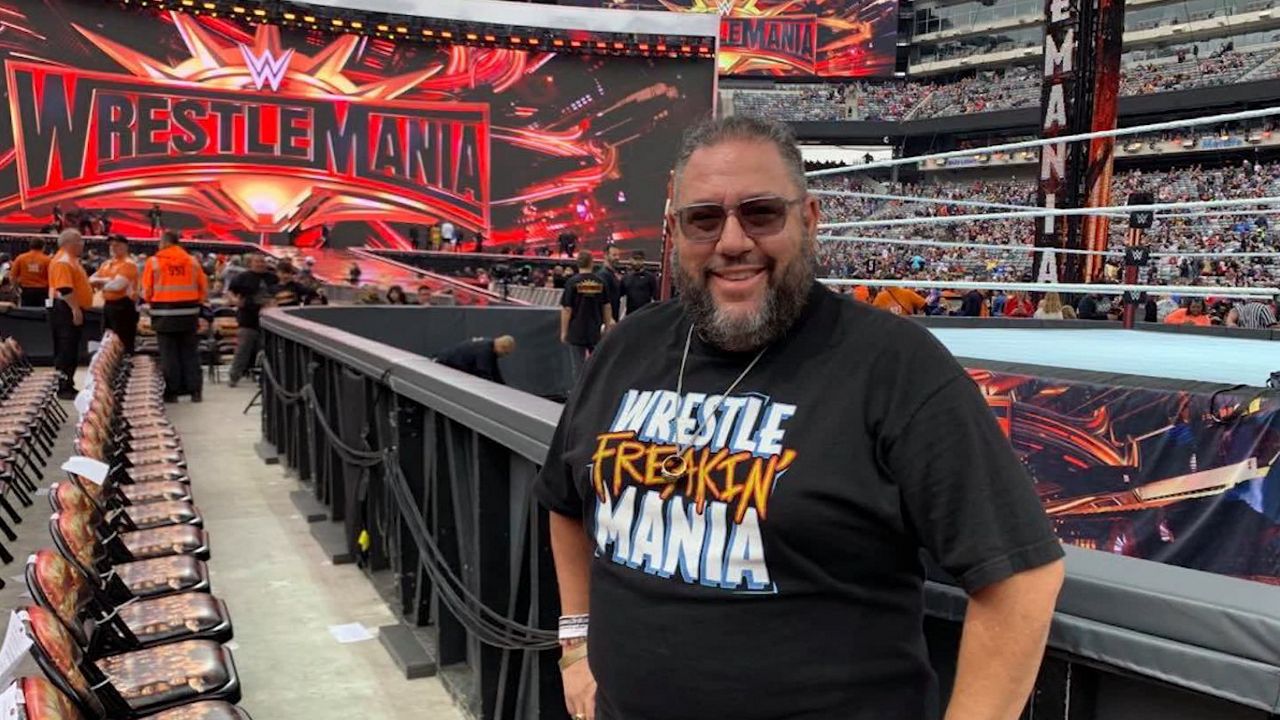 TAMPA, Fla. – Fans are gearing up for WrestleMania in Tampa.

The two-night event is set for this weekend at Raymond James Stadium, drawing folks from all over the country.

Matthew Maschler has been to every WestleMania since 2012, traveling around the country to be a part of those moments with a huge crowd.

“That makes going to any wrestling show exciting. Without that, it’s been really difficult as a fan,” Maschler said.

WrestleMania at Raymond James will be the first time WWE has been in front of live fans in more than a year. That attraction is bringing fans in from all over – about 25,000 each night.

WWE had hoped to pack 70,000 fans in the stands last year, before it was canceled.

Maschler is making the trip from Boca Raton to be with fellow fans again.

“I think that’s what I’m looking forward to the most – is that live show with live wrestling reactions,” Maschler said.

Been a tough few news days here in Tampa Bay, so here's some fun! #WrestleMania is this weekend at @RJStadium. It's the first time fans will be able to see a #WWE show in person in more than a year. I caught up with some fans who are excited to come into town. @BN9 pic.twitter.com/FFSjk3jkNq

The City of Tampa saw success after the Super Bowl, with a relatively low amount of COVID issues. Officials are hoping to repeat that this weekend.

City leaders says these big events show that Tampa is open and can still be safe, hopefully attracting other event organizers.

Maschler, who is fully vaccinated, will spend three nights in Tampa.

“It’s going to be exciting. And to hear ‘Welcome to WrestleMania?!’ It’s going be fantastic on Saturday,” Maschler said.

Fans will be seated in pods at the stadium for social distancing. Masks will be also be required and temperatures will be taken at the gate.