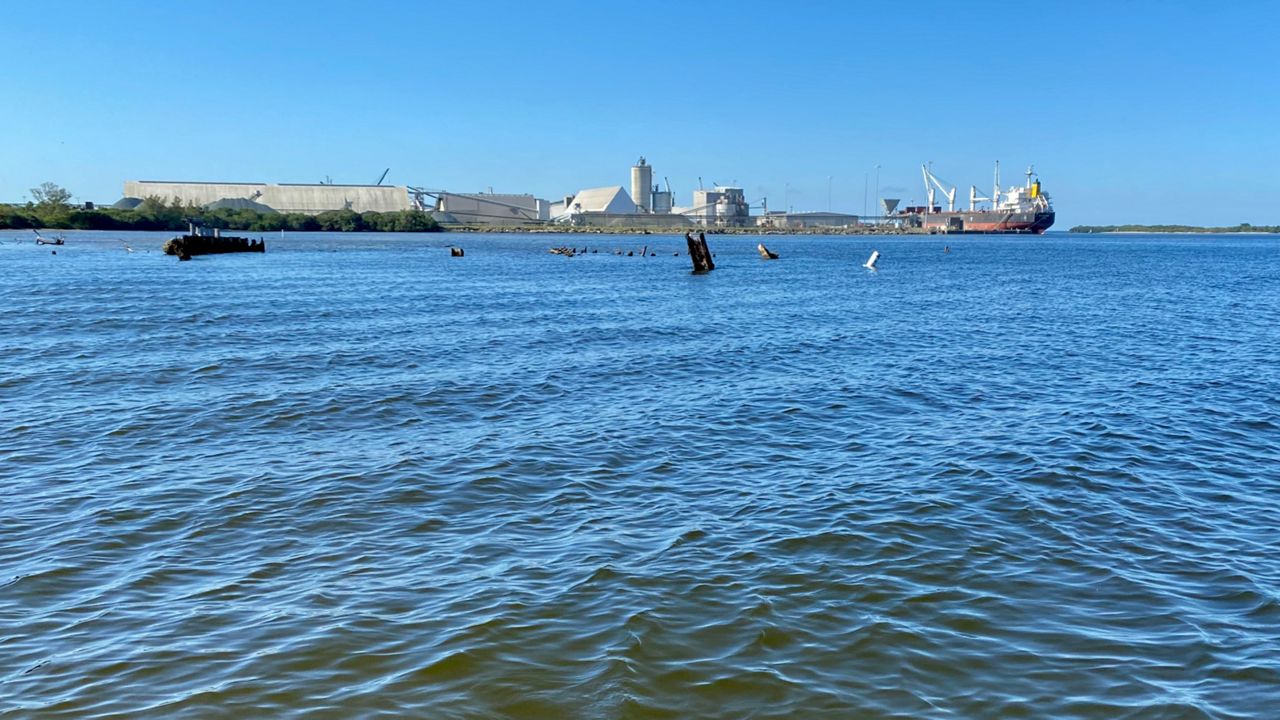 The Florida Department of Environmental Protection announced on Friday that all discharges of untreated water from Piney Point into a Port Manatee channel has ceased. The DEP said they won't pump anymore water into the Bay until equipment has been installed that will remove the nutrients first. (Josh Rojas/Spectrum Bay News 9)

The non-profit organization dedicated to the protection and restoration of Tampa Bay launched a drone from a boat on Friday to document any environmental impacts from the 215 million gallons of toxic water that has been discharged over the past week from the old Piney Point plant in Palmetto.


"We want to be able to get some good background photos of our existing sea grass," said Peter Clark, President of Tampa Bay Watch. "So, that we can come back out here over the next weeks and be able track any kind of problem that may occur out here in the Bay."

The Florida Department of Environmental Protection announced on Friday that all discharges of untreated water from Piney Point into a Port Manatee channel has ceased. The DEP said they won't pump anymore water into the Bay until equipment has been installed that will remove the nutrients first.

"If they can withhold the nutrients from the water that's flowing in the Bay up on the upland areas that's critical," said Clark. "Certainly as time goes on and those nutrients mix in the Bay becoming available for algae conditions."​

According to DEP test results, the discharged water contained high levels of nitrogen and phosphorous but was not radioactive. Authorities said the emergency pumping was necessary to prevent a collapse of the 77-acre reservoir that sits atop a gypsum stack that could've caused a much bigger environmental catastrophe.

Clark said he did not expect to see a lot of brown water just north of Port Manatee.

"I was a little surprised to see the brown water in that one location already," he said. "It's not unusual to have discolored water in the Bay. We definitely want to see if that is something that continues to persist and grow out here."

Just to the south of Port Manatee the water was much clearer. 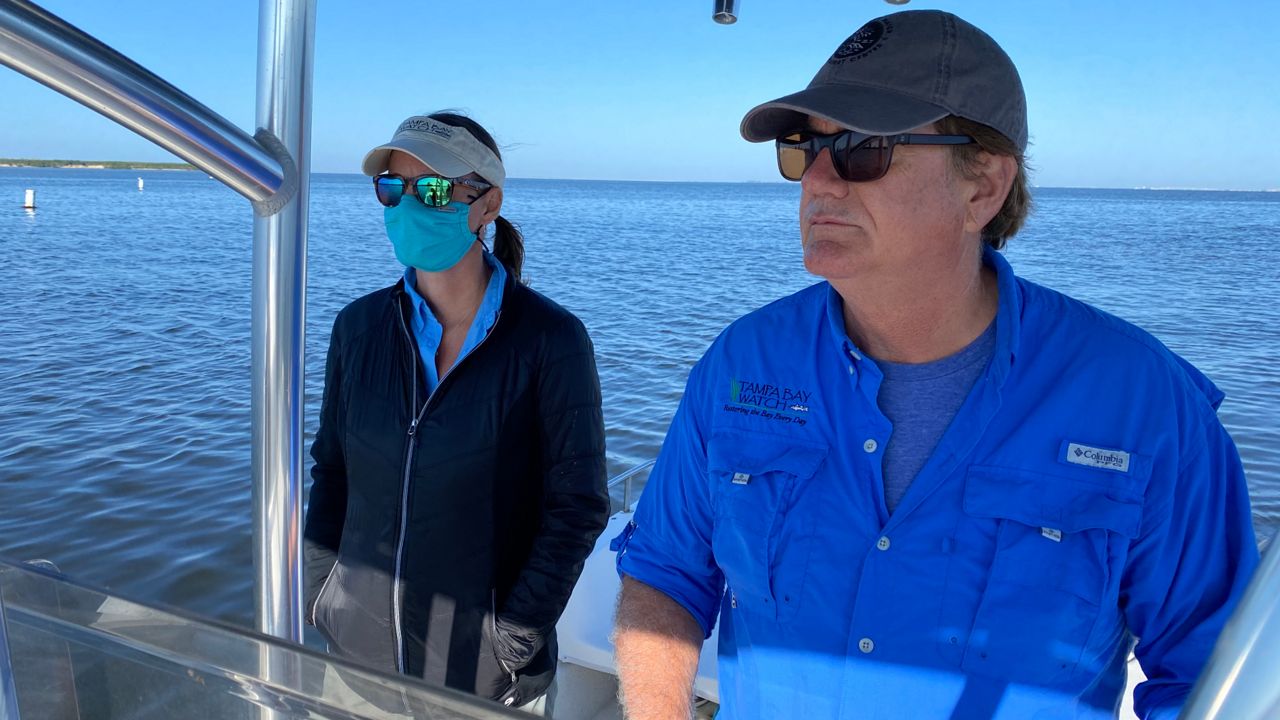 "We are on these very shallow sea grass beds to the south of the Port," Clark said. "Since it's so shallow, the transparency through the water is very good."

Workers from an Oldsmar company called StellarNet were on another boat in the area collecting water samples.

"Visually, I'm not surprised that it's clear but it's all of the chemicals that's in the water," said Jason Pierce. "Which is the exact reason why we have our spectroscopy instrumentation."

Clark said if an algae bloom develops over the next few weeks it'll kill seagrass, fish and harm manatees.

"We have to deal with the longterm implications of a large amount of nutrients flowing into the Bay," he said. "The Bay is very resilient but we've got to give it the chance and by pumping that amount of nutrients into a very small area during this time of year will undoubtedly have impacts to our resources."​

The DEP said field teams have been working around the clock to repair the liner in the Piney Point reservoir that still contains 223 million gallons of toxic water.