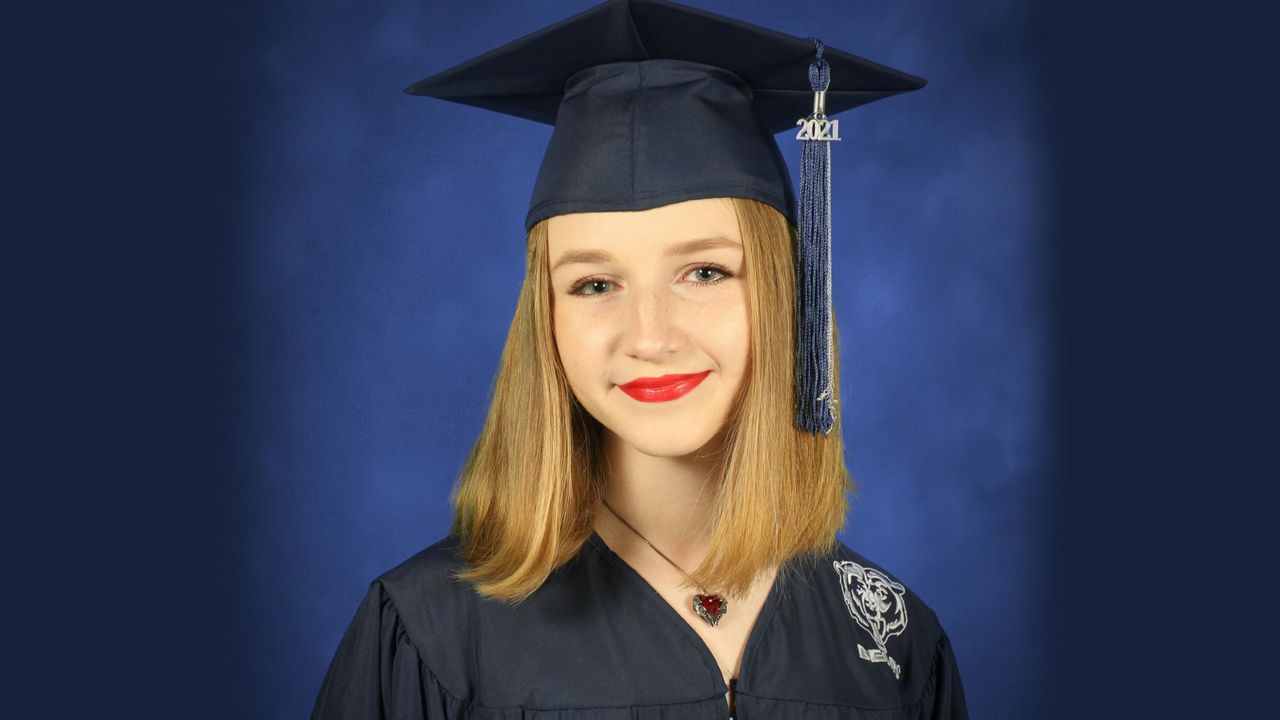 HERNANDO COUNTY, Fla. — A 17-year-old girl was killed by a downed power line Sunday as strong storms hit the area.


The Hernando County School Board identified the girl as Valentina Tomashosky, 17, from Central High School. They said she was a cadet lieutenant in the NJROTC program at Central. She was graduating in June and attending PHSC in the fall. School officials said grief counselors and therapy dogs were at the school Monday.

Her NJROTC Commander gave this statement to Spectrum Bay News 9:

"Val was not only an outstanding student but was a respected leader of our unit and was part of our Unarmed Exhibition team.  To the cadets of Delta Company, she was a mentor and a friend. Valentina was admired for her dedication to the unit but she was loved most for her joyful spirit and her ever-present smile. Her loss is deeply felt and she will be missed.”

Valentina was known as Val to her family and friends. Her Commander in NJROTC, Commander Cruz, shared this statement @BN9 pic.twitter.com/GC6p2h9PoK

Florida Highway Patrol says she ran over a power line that was knocked to the ground by a fallen tree, and her car caught on fire.

"I saw sparkling underneath the vehicle," neighbor Maria Patchon said. "The next thing I know, I walk back out to look and the car is inflamed. And the passenger door was open."

According to the crash report, she got out of her Dodge Avenger through the passenger side door and stepped on the live wire. She was electrocuted.

A memorial has been placed on the side of Evenglow Avenue. FHP says this is where her car hit a downed power line & caught on fire. She tried to get out of the car, stepped on the power line and was electrocuted. Strong wind knocked the line down during storms on Sunday @BN9 pic.twitter.com/by2a8JzEOi

No one else was involved in the crash, and the girl’s family has been notified.

"God bless them. I've lost a child, so I know what that's like," neighbor Cora Wright said. "Even though I don't know them, I'll be praying for them."

“I heard a loud pop; I came out and the car was inflamed.”