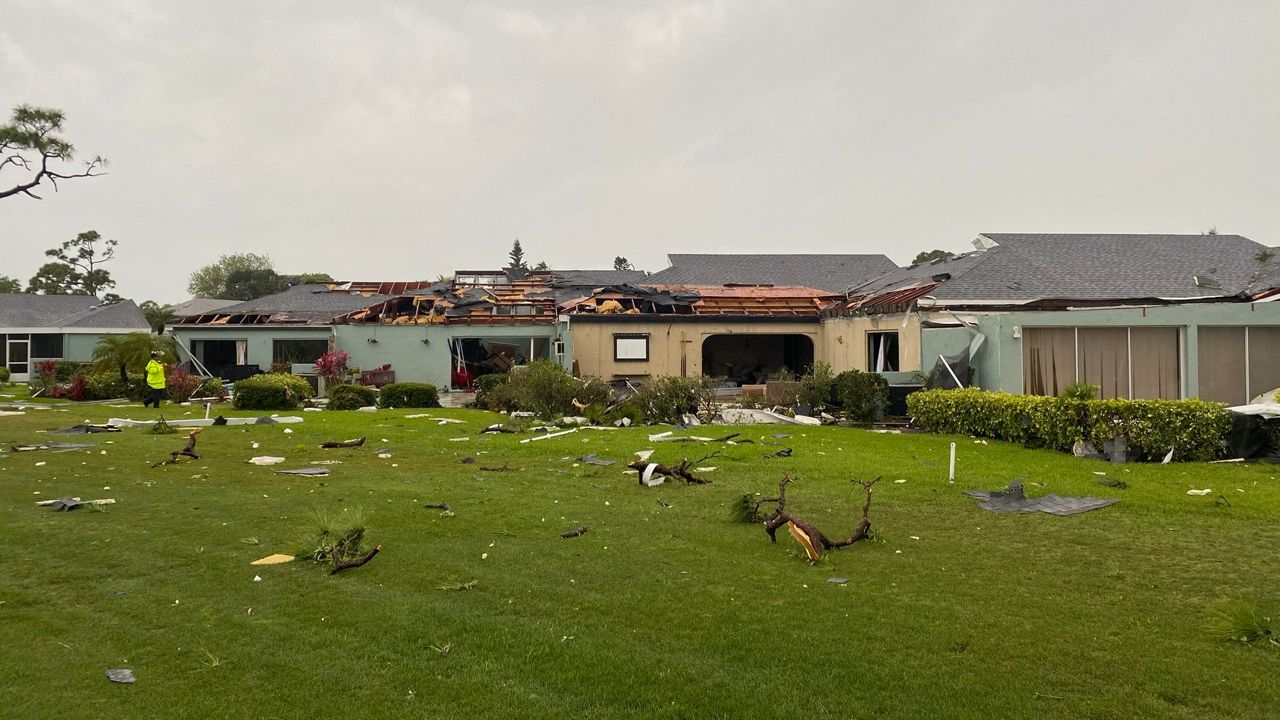 The Manatee County Public Safety Department says emergency medical services were called out to help an injured person after strong storms blew through a neighborhood near El Conquistador Parkway on Saturday evening.

County officials called it a tornado, but the National Weather Service has not confirmed a touchdown. The NWS said it would not survey the scene Sunday and confirmed straight line winds from photos.

Pictures provided from the scene show homes with damaged roofs and debris spread across the surrounding neighborhood.

🌪 Manatee County EMS responded to help an injured patient after a tornado touched down near El Conquistador Parkway this evening. 🌪
Photos from the scene below👇🏻 pic.twitter.com/Iyhpa4ghGT

According to the National Weather Service, at least 20 structures were damaged in the storm. In addition to the neighborhood near El Conquistador Parkway, damage was reported near the IMG Academy Golf Club and to condominiums on 43rd Street West in Bradenton.

This is a developing story and will be updated.

Homeowners say this happened so FAST. One man I spoke to said he was having dinner— next thing he knew, his family was hiding in this shaking home. Tune in at 12 to hear his story #Bradenton #Weather @BN9 @bn9weather pic.twitter.com/CNXDOySGGX