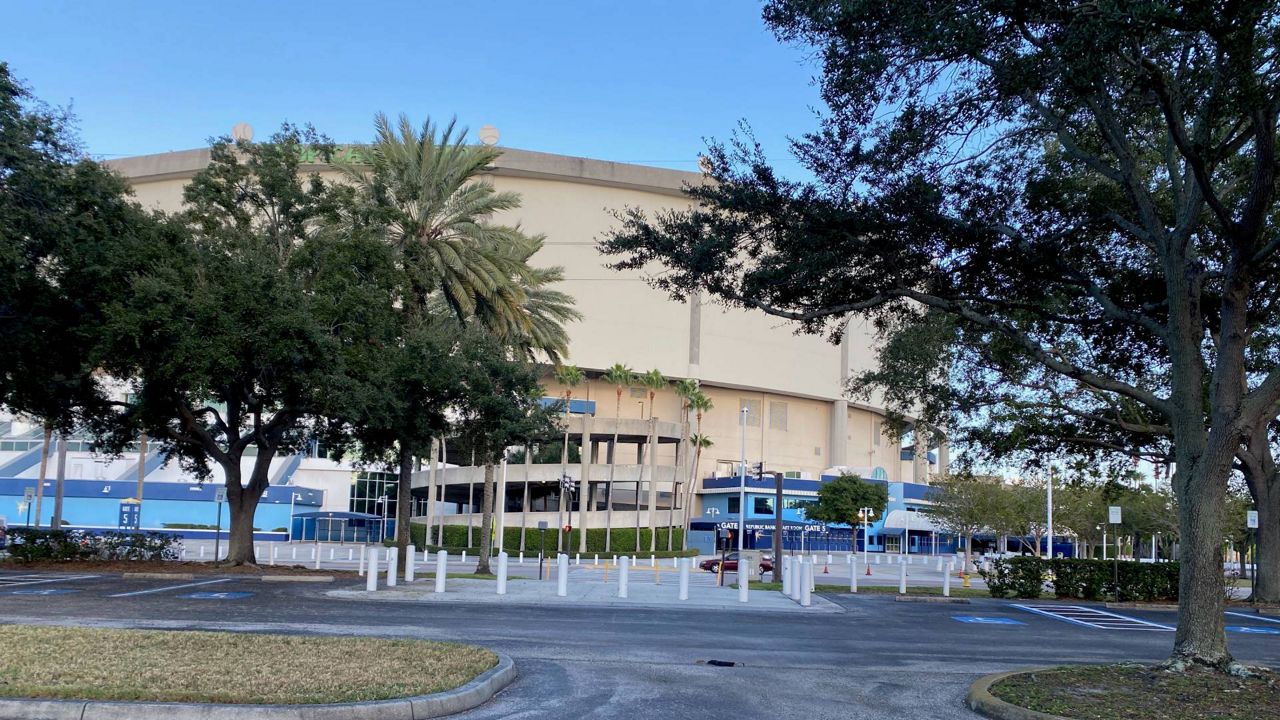 USF researchers are waiting for results to determine if there are graves still buried at the Tropicana Field property.

Are there graves still buried on the Tropicana Field property?

TAMPA, Fla. — Are there still graves buried on the Tropicana Field property? That’s what USF researchers are waiting to find out. If there are remains at the site, researchers said they plan to honor and identify the people buried there and their decedents.


“First and foremost it’s daunting. I’ve done many cemeteries and the first impact is thinking about the lives of people that are lost and honoring people. Most of it is honoring people who have gone before us and who have again been ignored and we are walking on top of them,” lead researcher, Dr. Antoinette Jackson said.

The first stop for their research project was Tropicana Field.

“The project is going to consist of doing some research of these sites in St. Pete. The burial grounds, Oak Lawn cemetery but it consisted of a couple of other cemeteries. Evergreen Cemetery and Moffitt Cemetery,” Dr. Jackson said. “So we’re gonna do some background research and understand where the cemetery boundaries are, how many burials are actually here and who are the decedents of the people buried here. “

The city of St. Pete hired a company to use ground-penetrating radar of the site to see if there are remains still there. Those results are pending.

In 1976 while I-275 was being constructed, human remains were found where the African American cemetery was once located.

“The conventional wisdom and the conventional history is that these bodies were exhumed, they were relocated, everything was fine. But in 1976 when they were digging to put in the interstate they found human remains so apparently not everything or everyone got moved,” Armstrong said.

People who live in the community have their theories. Corey Givens Jr. said his family members were buried there and he believes their remains were never relocated.

“I’ve spoken to a funeral director who was a former gravedigger at Lincoln cemetery. Which is where they moved some of those bodies to, and to his belief and too many other people who are from St. Pete, who were around at that time during the ’50s, believe there were at least between a hundred to 300 bodies remaining at that cemetery and the reason those bodies weren’t re-exhumed and reburied is that they just didn’t have the headstones,” Givens said.

The Zion Cemetery in Tampa makes the possibility of bodies being left behind a very real possibility for people in this community. USF researchers are looking into the Zion cemetery as well. Ground-penetrating radar images revealed the bodies of African Americans were buried there with a housing development built on top of it.

Researchers with USF want to identify the remains of the people buried in these lost Bay Area cemeteries and their descendants. They’re asking anyone who believes their loved one was buried at any of these lost cemeteries to contact them. People can also contact Professor and Chair USF Department of Anthropology, Antoinette Jackson, directly at USF at atjackson@usf.edu.

Researchers plan to honor those they identify by creating a digital database.