The medical tattoo industry is a growing one in the U.S. that could become more ubiquitous in St. Petersburg in the coming months.

That’s if the City Council approves a proposal which would allow paramedical/cosmetic tattoo businesses to operate in parts of the city where medical office uses are currently allowed. That vote – scheduled for next month - comes after the city’s Development Review Commission unanimously approved amending the city’s land use regulations to make such a change.

The drive to make this all happen has been led by Emily Hedrick, a Clearwater native who dropped out of graduate school at USF several years ago after she says she “fell in love” with the idea of becoming a cosmetic tattoo artist. So after she discovered the property that she wanted to convert into a live-work space, she went to the city of St. Petersburg to make sure that the property was zoned legally to operate as a paramedical tattoo operation.

After she was given the go-ahead that it was legal, she converted her garage into a work studio and began seeing patients. Cosmetic tattooing work involves working with brow microblading, tattooed eyeliner and lip blushing, while the paramedical side includes scar correction and areola reconstruction.

But a year-and-half after getting off the ground, however, she received a notice telling her that she was in violation of city zoning laws for running a traditional tattoo parlor.

“I was told that someone made a mistake at the zoning department (originally granting her approval), and that’s the end of the story,” she recounted to Spectrum Bay News 9 on Tuesday. “I said ‘that can’t be the end of the story. We need to fix this, because I’m not the only business that would be affected by the interpretation of the code.’” 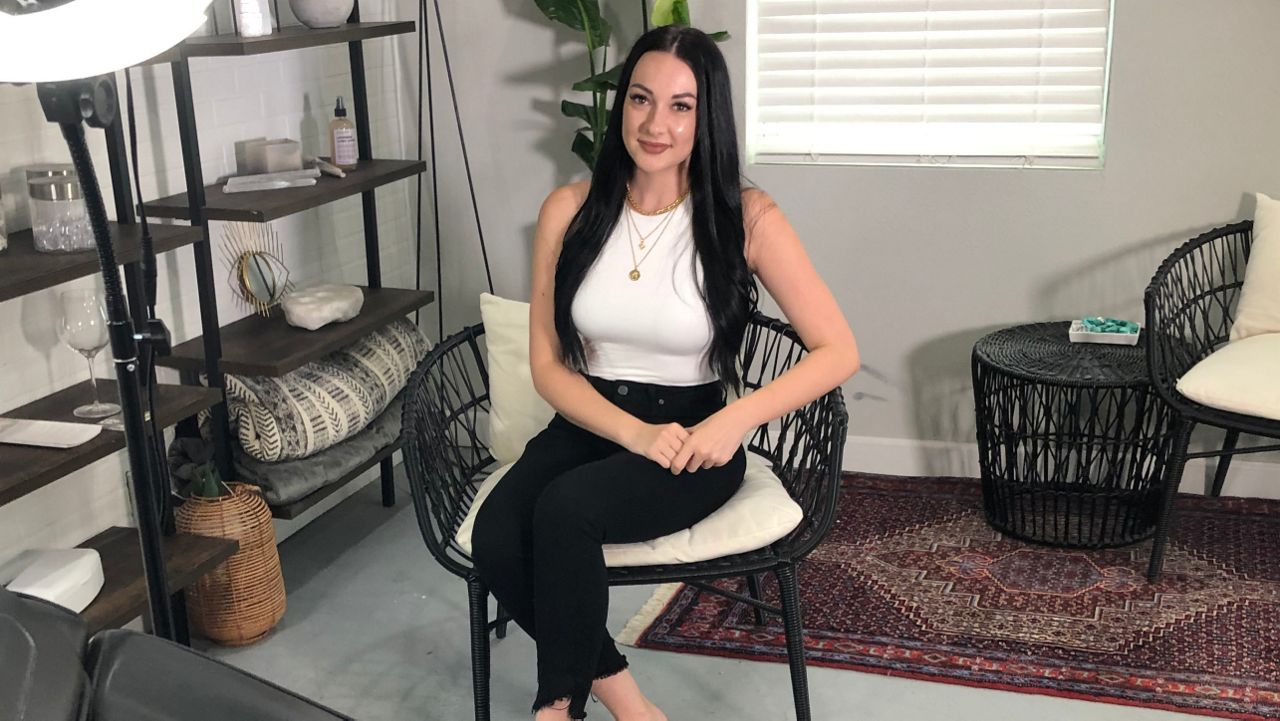 The drive to make this all happen has been led by Emily Hedrick, a Clearwater native who dropped out of graduate school at USF several years ago after she says she “fell in love” with the idea of becoming a cosmetic tattoo artist (Mitch Perry/Spectrum Bay News 9).

Hedrick says that she knows of a dozen other businesses doing the exact same tattoo work as she is that haven’t been cited by the city. That meant she really didn’t have any natural allies in fighting to keep her business alive.  So she went to Instagram and created a petition on Change.org to get people in the community to rally behind her efforts.

She heaps praise on Planning and Development Services staffer Britton Wilson (“she’s been a Godsend”) for helping her navigate the path to amending the current zoning law, but says the city didn’t exactly open up the welcome wagon to her initially.

“I’ve been shocked this whole time, from the second I walked in - I didn’t really feel like anyone was trying to help me. It was more like, 'these are the codes, read these massive manuals, and try to figure it out on your own.' And when I go to the City of St Pete, I thought it would be a well-oiled machine, and it just kind of wasn’t.”

Now she has the city’s Planning & Development Services office backing her all the way now.

“We supported it all along,” says Elizabeth Abernathy, the city’s director of Planning and Development Services. “The challenge with all zoning and land development codes is they evolve over time. Businesses and operations change.”

Abernathy says she was not familiar with all of the details of Hedrick’s case and thus couldn’t address the apparent reversal by Code Compliance officials about whether she was able to operate legally initially.

Abernathy says that another time the city had to adapt its land development codes is when the craft brewing industry came on the scene around a decade ago, when they initially were only allowed in industrial areas.

“These breweries that we had now wouldn’t be around if we hadn’t evolved our code to respond to that changing industry and changing market,” Abernathy says.

Hedrick says her business is thriving currently, so if she had to shut down, “I have no idea where I’d be taking my clients.”

The proposal to amend the city’s land development regulations will come to the St. Petersburg City Council on May 13 for a first reading.