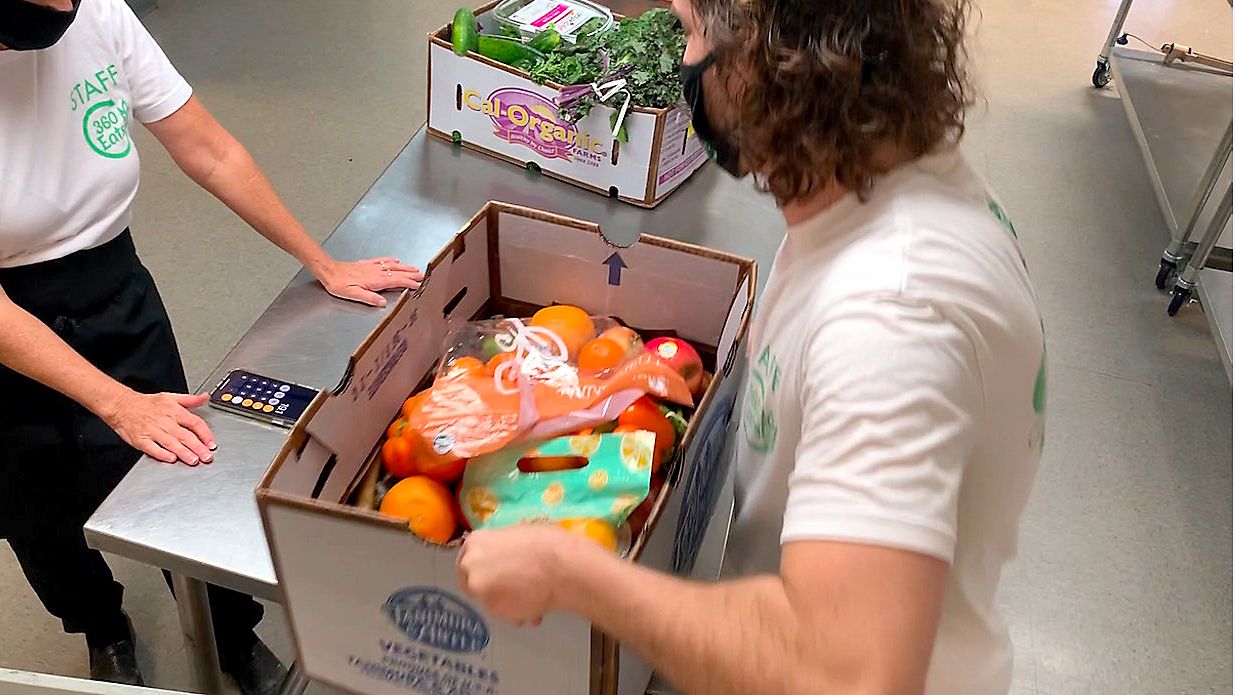 The organizers of 360 Eats continue to deliver food, despite the loss of their delivery van. (Spectrum Bay News 9/Fadia Patterson)

SAFETY HARBOR, Fla. — A mother and son have cooked up a plan to cut down on food waste and fight food insecurity.

But '360 Eats' is now dealing with another setback — a damaged delivery truck.

In the back of his Kia Soul, 360 Eats founder Cameron Macleish collects food waste and delivers fresh meals.

The trips are more frequent now since their van was rear-ended and totaled.

"Its unfortunate because we have a lot of people who do rely on our meals," said Macleish.

He runs the kitchen with his mother, Master Chef Ellen Macliesh.

"Its considered food insecure," she said. "Either they don't know where their next meal is coming from or they aren't certain that they will be able to feed themselves and their family."

"I go to the food bank cause I'm living on a very fixed income," said Adams.

Adams was was one of the first clients of the mobile gourmet soup kitchen that partners with restaurants to save food that would otherwise be tossed out. They also compost anything that is no longer edible.

At a time when they feel they should expand to help more people like Adams, doing so without a van has been difficult.

"Its really slowed down our operations in the past month," said Cameron.

Yet there's still an effort to connect with the community.

Adams hopes more people will be able to experience.

"It saves me on electricity all I have to do is warm it up," said Adams "They have helped me so much."  ​

Proceeds from the fundraiser will go towards purchasing a new van.