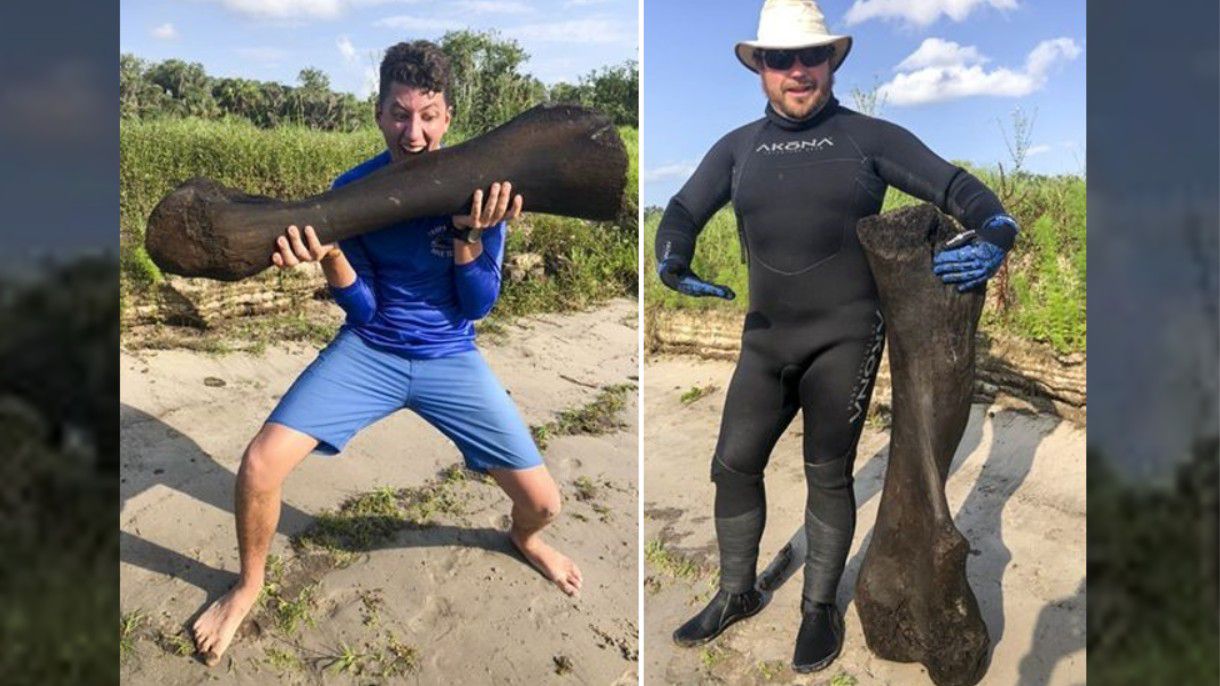 Henry Sadler and Derek Demeter, two amateur paleontologists, made a discovery of a lifetime when they found a prehistoric mammoth leg bone along the Peace River in Arcadia. (Photo credit: Henry Sadler)

A discovery of a lifetime: Amateur paleontologists find prehistoric mammoth bone in Arcadia

ARCADIA, Fla. — Henry Sadler and Derek Demeter, two amateur paleontologists, made a discovery of a lifetime when they found a prehistoric mammoth leg bone along the Peace River in Arcadia.

“It was the luckiest day of my life,” said Sadler, a science teacher at the Admiral Farragut Academy.

Sadler said it can be tough finding anything while diving through the shallow river.

“It’s black water diving, so you can’t see anything,” he explained.

After climbing over a fallen tree, Sadler said he knew exactly what it was.

“I knew the moment I touched it, it wasn’t a tree,” he said. “It was a mammoth bone. I’ve touched one before.”

The massive femur bone belongs to the Columbian Mammoth.

The bone is approximately four feet long and 50 pounds.

That’s not all that was found during that trip.

Sadler's friend, Derek Demeter, Planetarium Director of the Seminole State College, found a prehistoric shark tooth that dated back to before Great White sharks were known to exist — and a Saber's tooth.

“This [area] used to be an ancient ocean 25 to 15 million years ago,” Demeter explained. Planetarium Director of the Seminole State College of Florida. “What we found was incredible.”

The mammoth bone is now proudly showcased in Sadler’s science room, teaching his students about a window of time where giants roamed the earth.

“We can’t go back in time, but we can see what life was like with the clues they left behind,” he said.