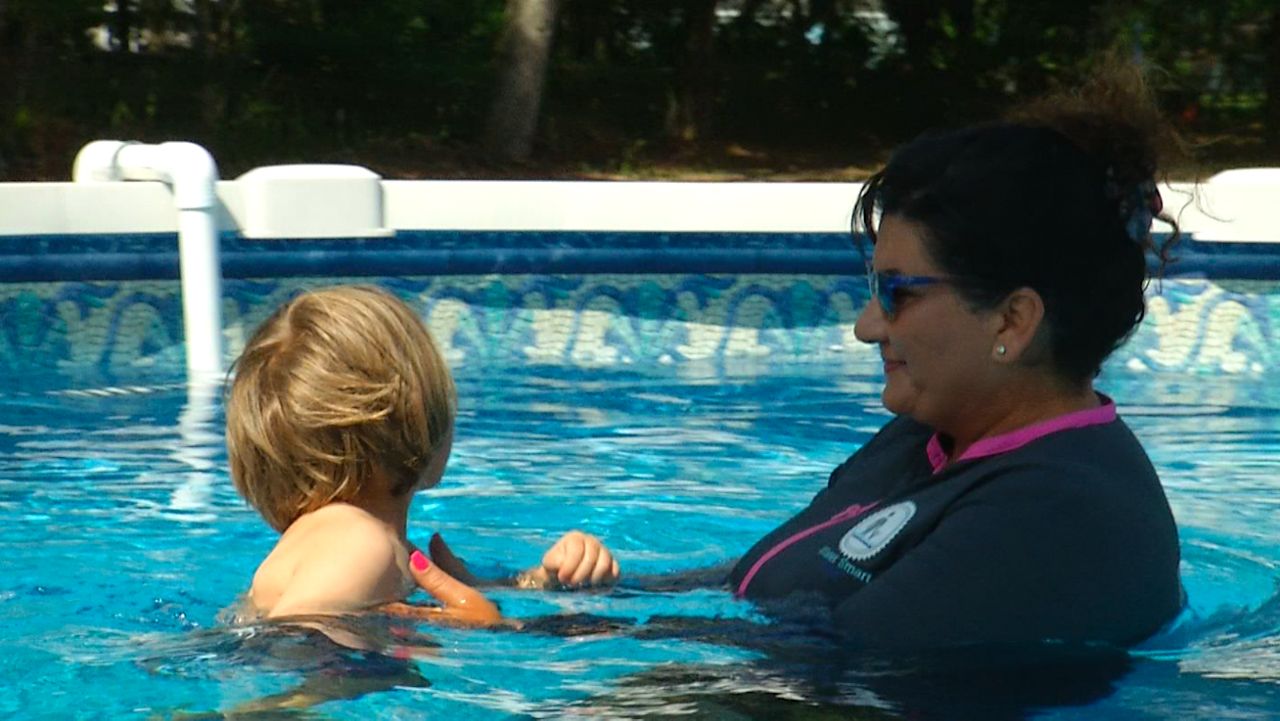 RIVERVIEW, Fla. — Water is life, especially in Florida. Living in the Sunshine State means basically almost always being near water.

But water can be dangerous.

"Panic. Absolute panic," said Amy Guenst, mother of four. "But then when I found him I just jumped in without hesitation, got him and thank goodness it was within, it felt like forever, but it was very quick.”

Guenst said her youngest, London, had a near drowning experience while wearing floaties. He went under after pulling them down. Guesnt says he could have only been under for seconds and not minutes, but it was enough of a scare for her to decided he needed to learn water survival skills.

Kari Bahour runs the non-profit Water Smart Tots. The organization is dedicated to teach kids water safety and survival. Twenty-two years ago, Bahour almost lost one of her children.

“He was found floating face down, fully clothed in winter clothes, unconscious in a pool, body of water," said Bahour. "And that was a life changing moment.”

Her son survived, but year after year the drowning statistics in Florida motivate her to teach.

But water safety lessons are $500-600, so Water Smart Tots provides scholarships to families in need. This year, the non-profit got a little extra help itself.

“I was like that is the Super Bowl, they are too big and we are just too little," laughs Bahour.

They were one of 28 local non-profits that received the Legacy 55 microgrants from the Super Bowl LV Host Committee.

“I was blessed enough to be able to be a recipient of the scholarship," said Guenst.

Now a few weeks into the class London is thriving and floating when need be.

In a normal year, Water Smart Tots gives our $20-25 thousand in scholarships. With the microgrant, the non-profit has already given out $30 thousand this year.