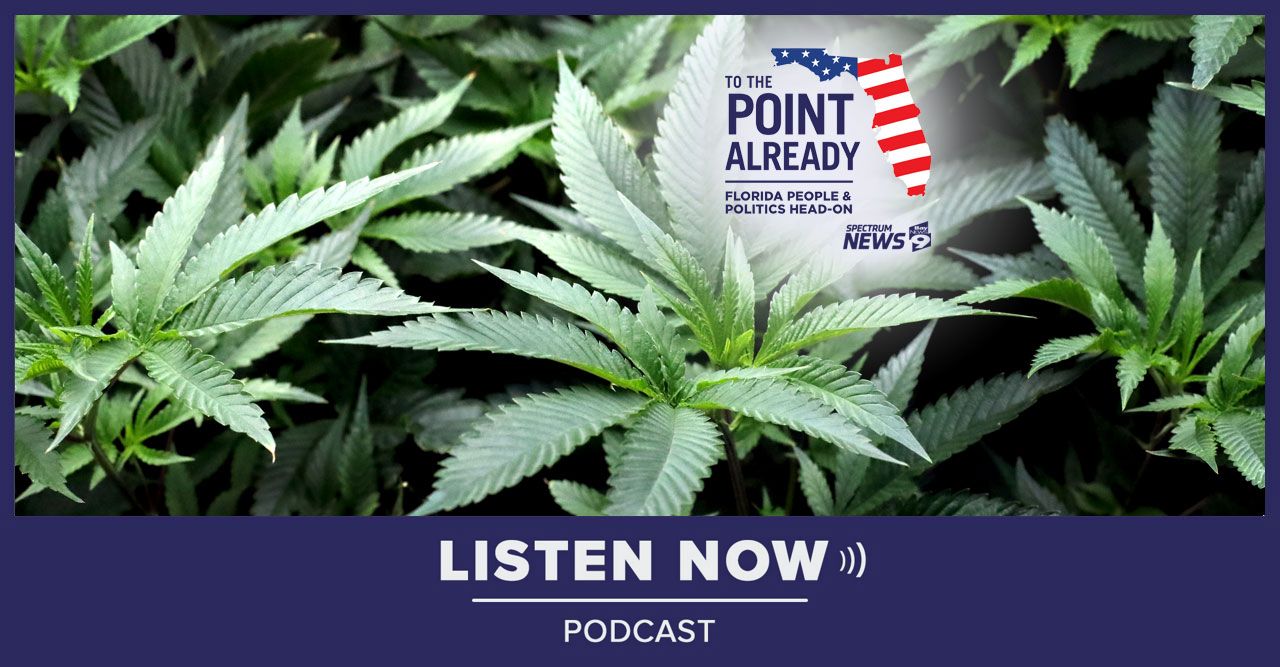 ST. PETERSBURG, Fla. — There’s no shortage of opinions in Florida on the use of recreational marijuana.

From ardent supporters of a measure to approve it, including deep-pocketed attorney John Morgan, to those who pump the brakes on any full-blown open use of it – mostly from law enforcement.

On the latest episode of our To The Point Already podcast, Spectrum Bay News 9's Rick Elmhorst and Roy DeJesus talk about the push for legalization in Florida, who’s for it, who's against it and why some other industries statewide may be in no rush to back it.

Bay News 9 also reached out to viewers to get their opinions on legalization in Florida.

Morgan, meanwhile, a driving force behind legalizing medical marijuana in the state, says it is only a matter of time for recreational as well.

"It's such a no-brainer I can't believe it's a debate," said Morgan, who added he uses it medicinally with gummies. "It's relaxing, restorative. Your wake up fresh as a daisy, no hangover and in great shape. It's miraculous."

Morgan also said a recreational marijuana industry could benefit the state financially as well, adding jobs and taxes and a wealth of new opportunities.

But not everyone is sold.

Bay News 9 Facebook readers weighed in with a variety of opinion on whether recreational marijuana should be legal in Florida. (BN9 Facebook)

"I'm mixed on it," Gulatieri said. "I think the community attitude and sentiments toward marijuana continue to change. They have changed dramatically over the years. We need to be aware of what the community wants and believes.

"My concern with it is that it is still a substance that causes people to be impaired...(and) people are suffering because they abuse these substances. Now if we have something else out there, are we just adding to the problem?"