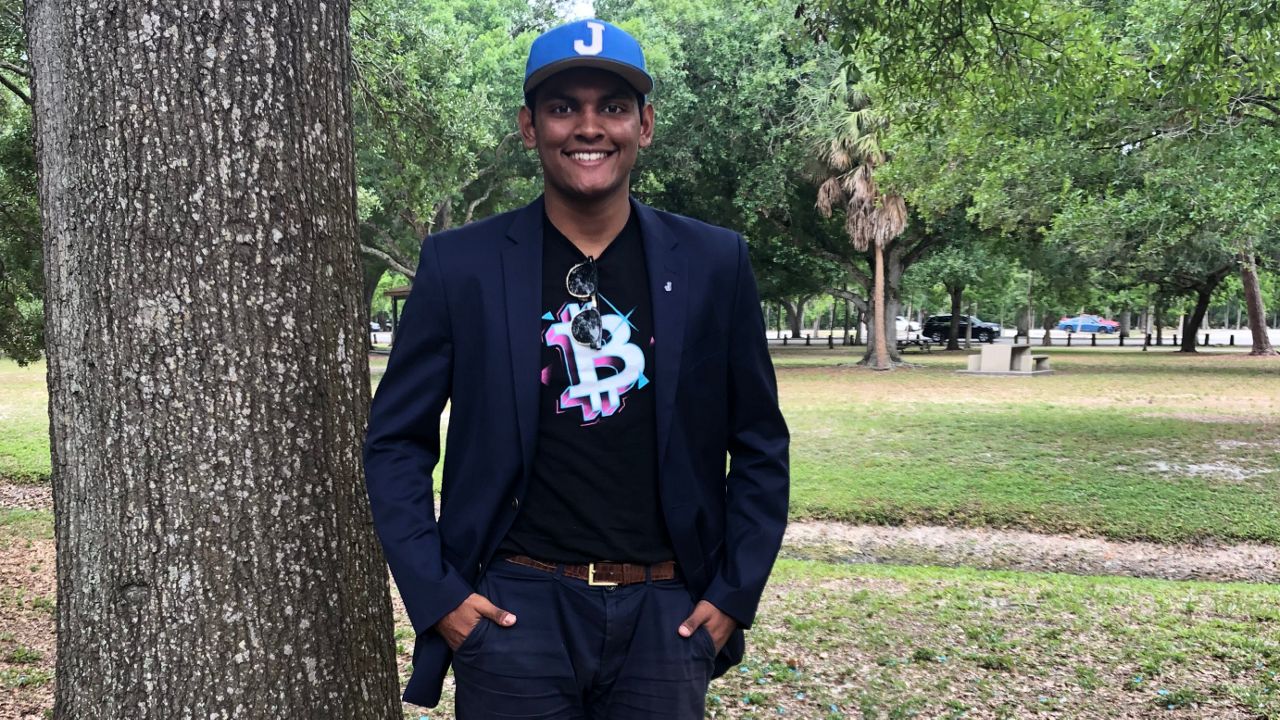 Jackson Shembekar started with an investment of just $20. After that the first bull run hit and he realized the power cryptocurrency could have.

TAMPA, Fla. — Little did Jesuit High School senior Jackson Shembekar know, that a small investment he made as a 14-year-old would become life changing before he even hit graduation.


Shembekar was a freshman when an older classmate told him about cryptocurrency. It was 2017 and a new concept to almost everyone.

“He introduced it to me and basically said, do your homework. So I went home and I researched everything I could,” he said.

The teen started with an investment of just $20. After that, the first bull run hit and he realized the power cryptocurrency could have.

“I just continued to infuse more capital, instead of panic selling, and that was the biggest thing for me,” Shembekar said.

He says he spends 1-2 hours daily reading up on what’s next and new in the world of crypto. Right now, his portfolio holds about 10 different types but roughly 90% is Bitcoin and Ethereum.

“It didn’t just come overnight. It was lots of nights of research every single day,” he said.

Shembekar’s strategy is to hold. He’s gone from daytime trading to making 2-4 large trades a year.

“I could take it all out and throw it in an S&P 500 and live frugally and be good for the rest of my life, in theory,” he said. “But I mean I have bigger plans than that.”

He plans to keep pushing forward in the crypto world as he starts at University of Tampa this fall. He’s slated to pitch for the school’s baseball team.