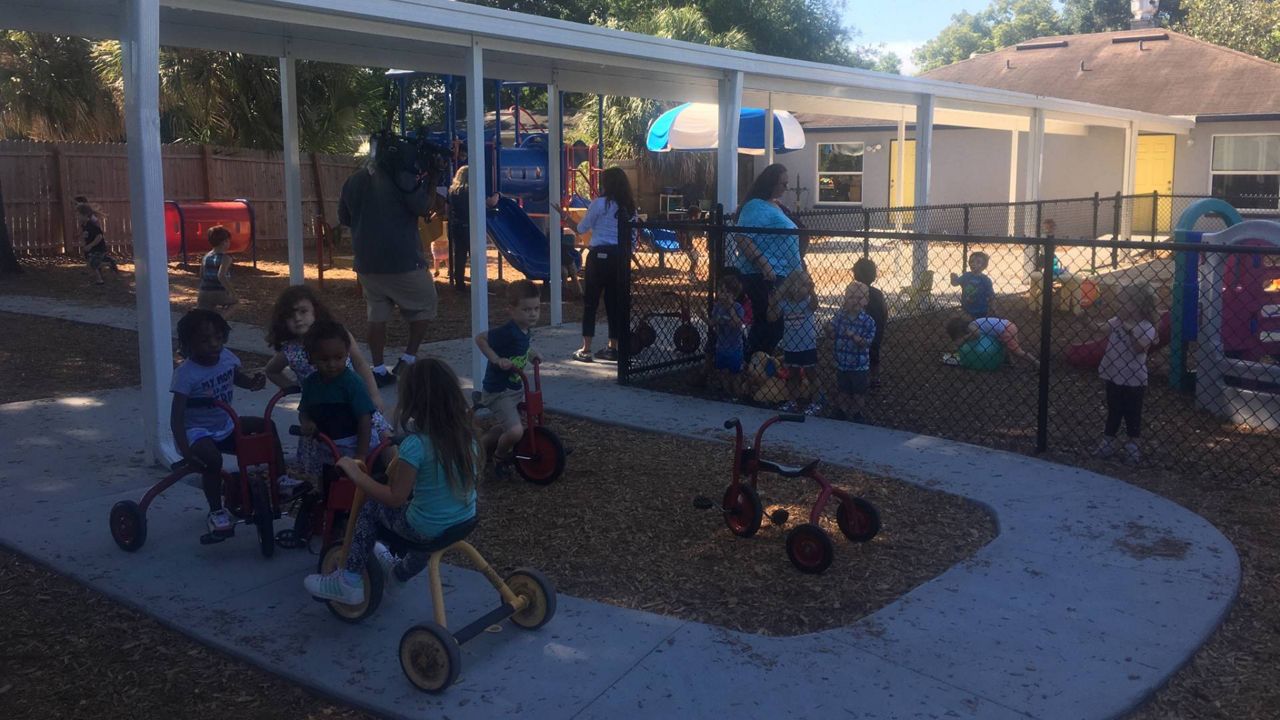 In Lakeland, Karina Sloan was forced to temporarily shut down one of her centers because of the virus. Families were not coming. Now, her child care centers are back open, but Sloan has lost close to $50,000 trying to operate.

“I’ve never experienced anything like this,” Sloan said. “I’ve always been, if not full, I always have had a very healthy clientele. But this was just beyond anything I could have planned.”

Along the way, there has been funding to help.


Currently, Sloan is waiting on a grant that she plans to use towards teacher pay. Sloan said she’s had a problem keeping teachers because they can make more money on unemployment.

The teacher shortage has become a state-wide crisis.

“We’ve probably got 60 child care providers that have listed on our website right now looking for assistance,” said Marc Hutek, CEO of the Early Learning Coalition of Polk County.

Sloan is hoping the American Rescue Plan will help.

The plan includes more federal dollars to go towards stabilizing child care. Florida will get $1.5 million. And 90% is directed to grants for child care providers.

“We’ve got to work together with the Department of Education to build a plan on how Florida will use those investments to strengthen our child care industry,” said Lindsay Carson, CEO of the Early Learning Coalition of Pinellas County.

According to the federal government, the funds must be directed towards certain areas of child care like mental health, goods and services, personal protective equipment, rent and personnel costs.

That’s welcomed news for Sloan. She said any dollars she gets will go towards increasing pay.

“All my money is going to my teachers and to recruit new personnel,” she said.

Right now, there is a waiting list of families who need child care. Sloan hopes the funding will help open up space so children can get the care they need and deserve.