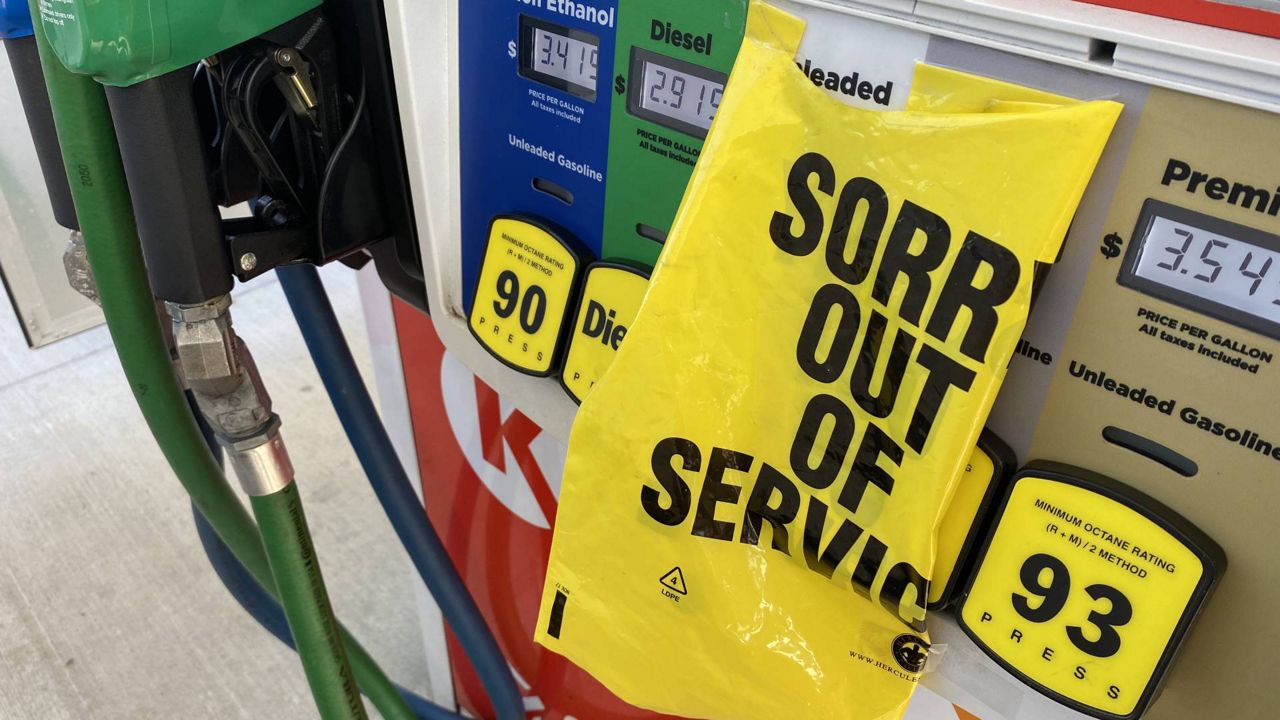 While some were panicking at the pump amid the Colonial Pipeline cyberattack, electric vehicle owners say going green put them in the fast lane while others hit a roadblock.

Bryce Hale drives a 2013 Tesla. “It is very nice to go to the Tesla superchargers for free and also come home and charge knowing that you have multiple places to get your fuel with these cars so you don’t have to depend on a gas station,” Hale said.

He took baby steps before making the ultimate transition. “I started with a Prius before that, which is just a hybrid and then I started looking into the Chevy Volt which had a 42-mile range,” he said.

Amazed by the difference, he even convinced his coworker Adrienne Alford to make the transition as well, starting small though, he sold her his old Chevy Volt.

Alford said, “I was totally skeptical at first but he sold me on it and I have no regrets.”

Alford said she hasn’t paid for gas in over a year.

“Going back to work and forth or whatever I’m doing, I still have not put a drop of gas in the car,” Alford.

She said it runs on battery and she mainly drives locally. And with the gas price just under three dollars a gallon, more people are looking to make the switch.

“I only have to charge a few times a week so it’s very reliable for getting to work and back right now,” Hale said.

If he needs to stop for a charge before making it home, he said he’ll always know where to go just by looking at his phone

“It tells me how many people are at the charging stations, if I press it, it will actually send it to the navigation,” Hale.