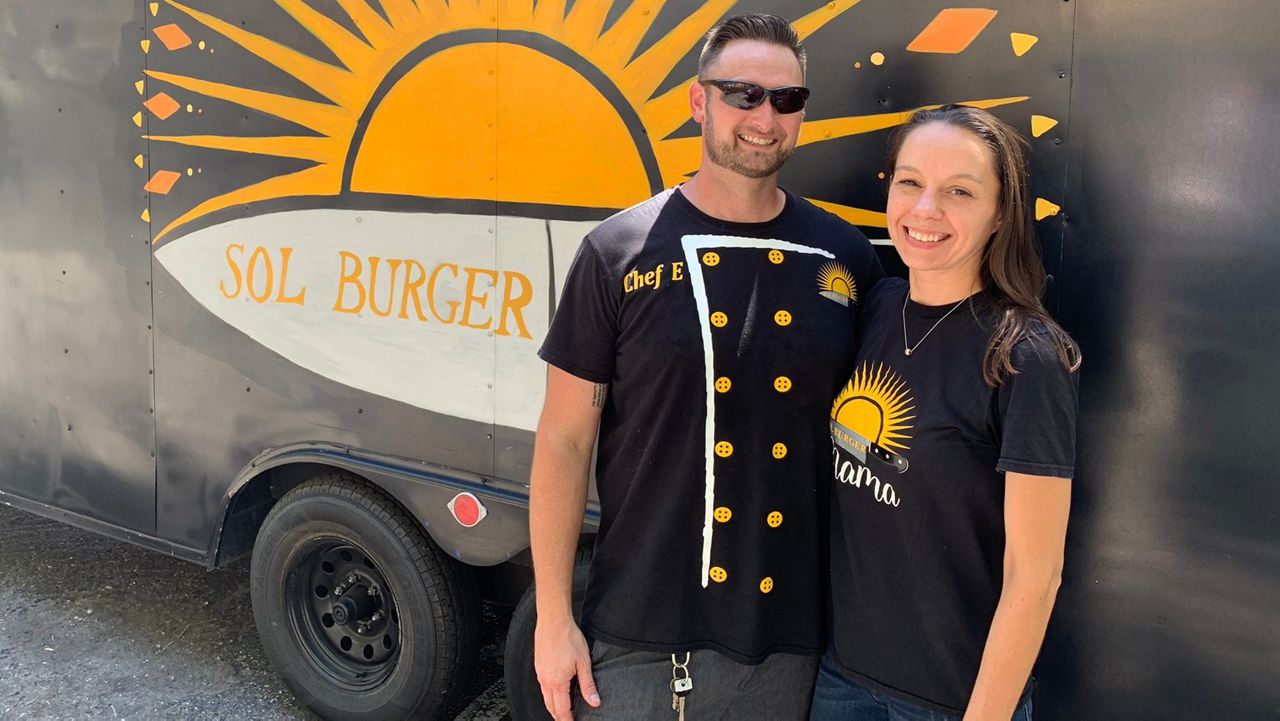 A Tarpon Springs couple is suing the city over its food truck ordinance.

They say the city rule is keeping them from running their food truck there — and violates state law.

When Elijah Durham was laid off as a head chef last year, he decided to make a change.

With few jobs available during the pandemic, he and his wife Ashley started SOL burger, a food truck based in Tarpon Springs, using only locally-sourced ingredients.

They set up shop at Brighter Days Brewery downtown, where they were invited. Then, they were suddenly shut down.

“We put every single dime we have into this. For them to say no, it’s unacceptable,” Elijah said.

Right after they opened at the brewery in September, the City of Tarpon Springs passed an ordinance banning food trucks from downtown, unless they were owned by local restaurants. Critics say it was done to protect existing businesses from competition.

No other Bay area city has such a rule.

Elijah & Ashley Durham are suing the City of Tarpon Springs over their food truck ordinance. Tarpon recently banned food trucks from downtown unless a restaurant owns it. The couple partnered with @IJ, saying this violates the Florida constitution. @BN9 pic.twitter.com/Suc3Y7jZMx

“It was defeating in a way I can’t describe. Not only had Elijah lost his job in May, we worked all summer long to get this up and running,” Ashley said.

The Durhams say they made several attempts to work with the city and finally partnered with The Institute for Justice, a national public interest law firm.

They’re now suing the city, saying this ordinance violates the Florida Constitution and is affecting many other food truck owners.

“Tarpon Springs is not allowed to use government power to pick winners and losers in the marketplace. That choice belongs to the consumer,” attorney Adam Griffin said

The city did not respond to several requests for comment.

Elijah and Ashley live in Tarpon Springs and want to be able to work there, too. They say they were invited to have their truck at Brighter Days and other businesses, which are on private property.

“To be told in my tiny little town, ‘No sorry, go back to the drawing board and make it all happen again,’ it’s unheard of to process that in the middle of COVID.”

The Institute for Justice works pro bono and is actually suing for just $1. Lawyers want a judge to rule on whether or not the ordinance violates the Florida Constitution.