She is the voice of the Tampa Bay Lightning, and Amalie Arena is her stage.

“The noise is great! I love the noise!” Sonya Bryson-Kirksey said.

But she is also hoping her voice reaches far beyond the walls of the arena this playoff run.

“I was diagnosed with MS just before I retired from the military in 2015,” she said.

MS, short for multiple sclerosis, is an autoimmune disease where the immune system eats away at the protective covering of the nerves, causing fatigue and unpredictable muscle pain.

There’s no cure, and it’s expensive to treat.

“When people are having to decide to pay their electric bill or to pay for the medication, that’s when the community needs to come together and help out,” said Matt Shapiro, owner of local apparel company 1771 designs.

That’s why Shapiro knew he had to get involved.

“Hockey is an important part of our lives right now, but there are some things that are bigger than hockey. And if we can use hockey as a way to get the message out, let’s kind of piggyback off the Lightning’s run,” Shapiro said. 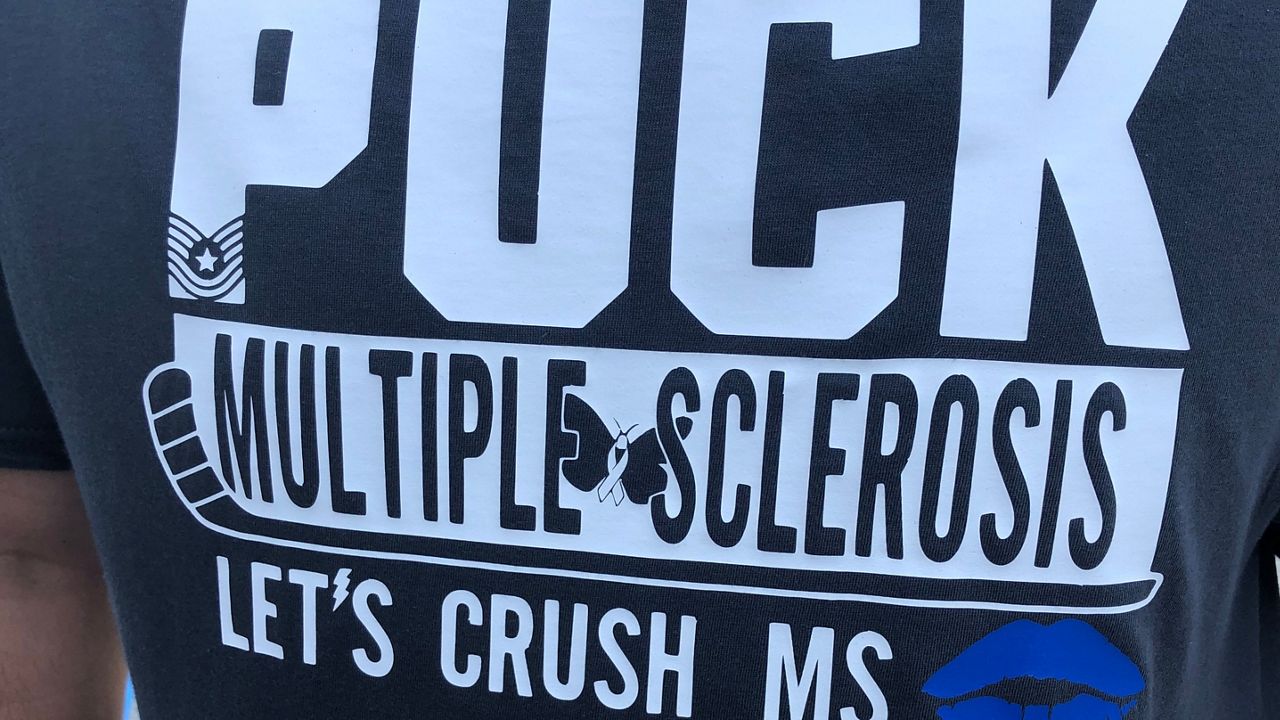 For $28, you can own one of the custom-designed shirts, and all of the money will go to the MS Society.

A family both on the ice — and off it.

“We celebrate in the good times. We support in the hard times,” said Shapiro.