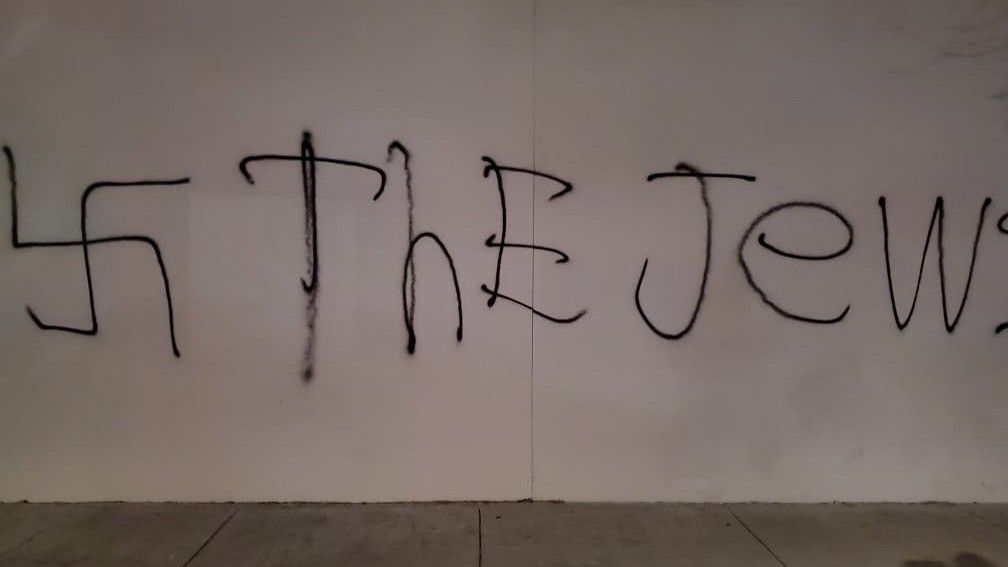 Graffiti sprayed on outside of Florida Holocaust Museum

ST. PETERSBURG — Police are investigating the spraying of graffiti outside the Florida Holocaust Museum on 5th Street S.

The message, spray painted in black, included a swastika and anti-semitic language.

Officers responded to the building at about 4 a.m., and sanitation workers were called to paint over it.

Elizabeth Gelman, the executive director of the Florida Holocaust Museum, said what happened was “chilling.”

"It is a very, very worrying trend and we need to keep our staff, our visitors, and our Holocaust survivors safe,” she said.

Detectives are investigating the incident as a hate crime.

"To be honest, it really wasn’t that surprising,” he said. “It’s just the latest in what seems like the constant flow of bigotry."

"This act of antisemitic hate and bigotry on the walls of Florida’s tribute to the millions of lives lost in the Holocaust is disgusting and reprehensible. These symbols of hate have no place in our Sunshine City, home to so many Holocaust survivors and their descendants. The perpetrators who committed this crime must be apprehended swiftly and prosecuted to the fullest extent of the law," he said in a prepared statement.

Anyone with information is asked to contact the St. Petersburg Police Department at 727-893-7780 or text SPPD+ your tip to TIP411.