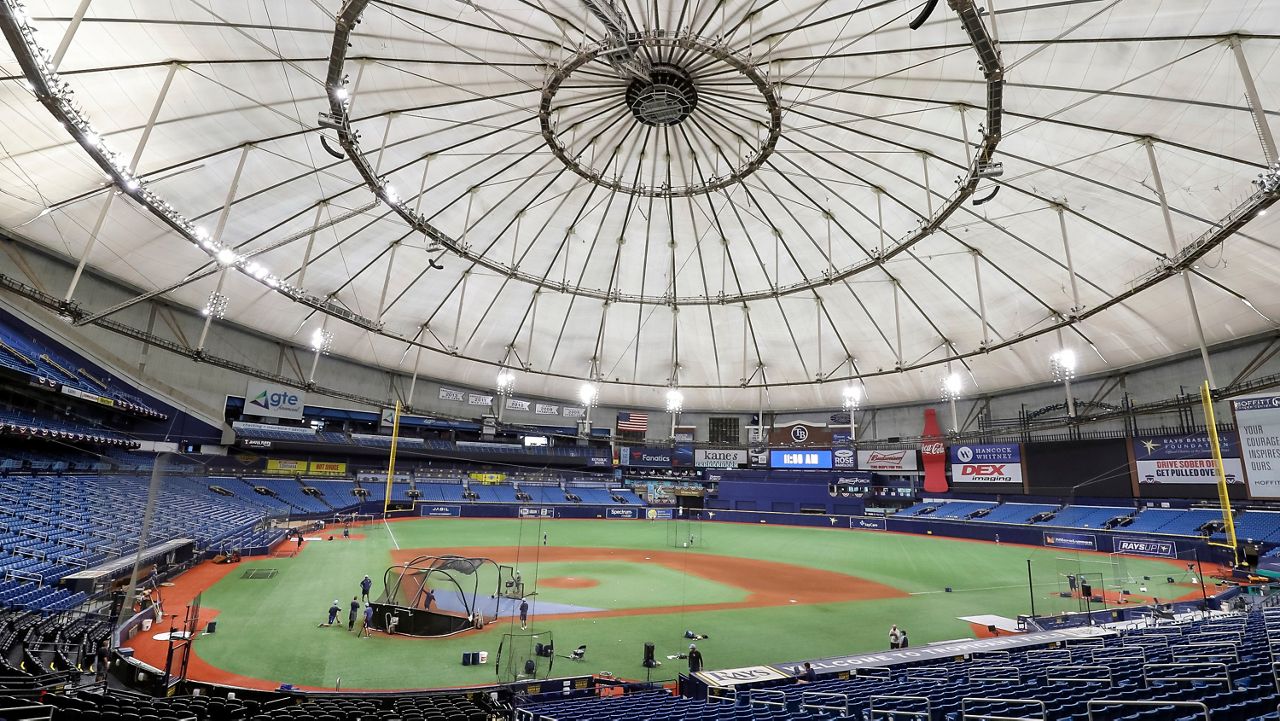 A lawsuit from the Rays' minority owners alleges that principal owner Stu Sternberg schemed to take over ownership of the team by changing the organization's corporate ownership and pressuring minority share owners to sell their shares to him. (File photo)

ST. PETERSBURG, Fla. — Another road block seems to have appeared for any plans to redevelop the Tropicana Field site in downtown St. Petersburg.

St. Pete Mayor Rick Kriseman says he can’t negotiate a stadium deal with the Rays while Stu Sternberg remains at the helm.

Kriseman made the declaration Wednesday during a radio appearance on the "JP Peterson Show."

Kriseman said he was surprised to learn about the lawsuit from Rays’ minority partners against Sternberg.

The city was in the process of signing with a consultant for redevelopment plans, and now, he says everything has been turned upside down.

A lawsuit alleges that Sternberg schemed to take over ownership of the team by changing the organization's corporate ownership and pressuring minority share owners to sell their shares to him.

The Rays deny the allegations.

But now, Kriseman says he cannot sit down and negotiate anything with Sternberg until the suit is settled.

While on the radio show, the mayor said Sternberg may have violated the city's agreement with the Rays.

“We hope that didn't happen,” Kriseman said. “You would hope that your partner would honor the agreement you signed with them but if we find they didn't then we have to decide what course of action we want to take and we haven't made that decision at all.”

The mayor is also calling on Sternberg to step aside, at least until the suit is resolved.