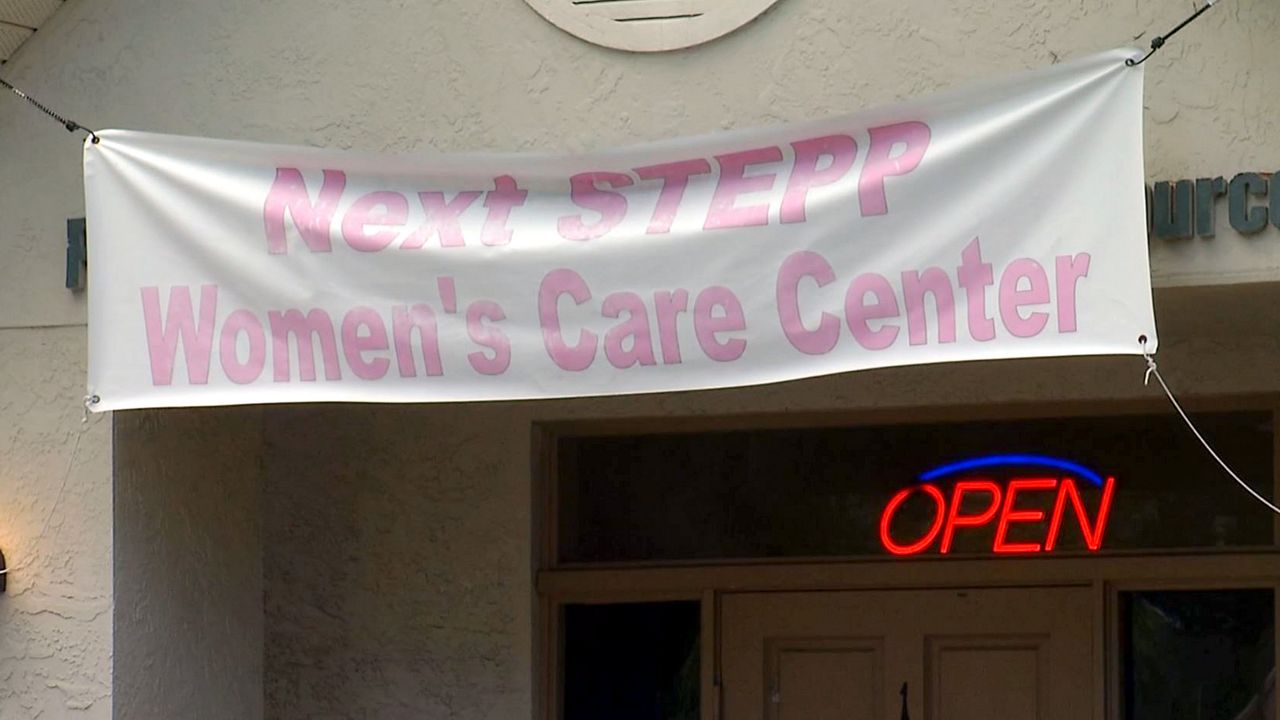 The St. Petersburg City Council will be reconsidering a grant application from Next STEPP Pregnancy Center on June 3. (Spectrum Bay News 9)

In April, the Council rejected grant applications from a group of 21 businesses located in the South St. Petersburg CRA (Community Redevelopment Agency), although they seemed to have had an issue with only two of them — a Checkers franchise and the St. Petersburg pregnancy center called the Next STEPP Pregnancy Center on 22nd Avenue South.

That was after they heard from a series of female speakers who said that the council should not fund the pregnancy center, claiming that it was in direct conflict with a resolution passed last year that supports the accessibility, affordability and safety of reproductive health care. That resolution also condemned the “deceptive practices of ‘anti-abortion pregnancy centers.’”

“They are an important part of the national pro-life movement, a layered and relentless campaign to end abortion access,” said Amy Weintraub, the reproductive rights program director for Progress Florida.

Next STEPP is an affiliate of Care Net, a national nonprofit organization that “empowers women and men considering abortion to choose life for their unborn children and fund abundant life in Christ,” according to the group's website.

“Their mission is to find people who are considering abortion and change their minds,” Weintraub says.

Carole Alexander has been the CEO of Next STEPP for more than two decades.

“We offer life-affirming solutions, medical services, as well as physical, emotional and spiritual support to those who come who are experiencing either an unplanned pregnancy or other pregnancy or parenting challenges,” she told Spectrum Bay News 9 in an interview from her South St. Petersburg headquarters Friday morning.

Those services include free pregnancy tests, limited obstetrical ultrasounds, STI & STD testing, referrals for well-woman exams for women who are not pregnant, and a host of supportive services on pregnancy education, parenting and relationships.

She says that her staff shares three options when a pregnant woman visits the STEPP Center: parenting, adoption “and information about abortion and abortion procedure.”

There are more than 2,700 pregnancy centers around the country, according to a report published by the Charlotte Lozier Institute last fall, and more than 150 located in Florida.

A 2018 report written by Amy G. Bryant and others in the American Medical Association’s Journal of Ethics said: “Although crisis pregnancy centers enjoy First Amendment rights protections, their propagation of misinformation should be regarded as an ethical violation that undermines women’s health.”

Alexander dismissed such criticism, saying that Next STEPP uniquely fills a niche for the predominantly Black South St. Pete community.

“We serve the community according to what the community wants, understands and needs,” she said. “We have better birth outcomes than the county’s numbers, because we serve in a way that meets the needs.”

“There’s a need for someone addressing inequities in birth outcomes and inequities in infant mortality,” Alexander added about Next STEPP’s value to the community.

Council member Lisa Wheeler-Bowman agreeed. At the city council’s May 13th meeting, she blasted the criticism of Next STEPP as “lies.”

“I have been to the pregnancy center. I know what you all do,” she said. “I wonder how many people have actually been to your center?”

Alexander informed Bay News 9 on Friday that Council Chair Ed Montanari visited the center earlier in the day and that council member Gina Driscoll has scheduled an upcoming appointment. Robert Blackmon, who resigned from the council earlier this week to run for mayor, said he supports funding the center.

Prompted by criticism by Alexander and others at their May 13 meeting that they had been misinformed about Next STEPP’s mission, the council voted to revisit funding all 21 of the proposed recipients for the CRA commercial matching grant program at their June 3 meeting.