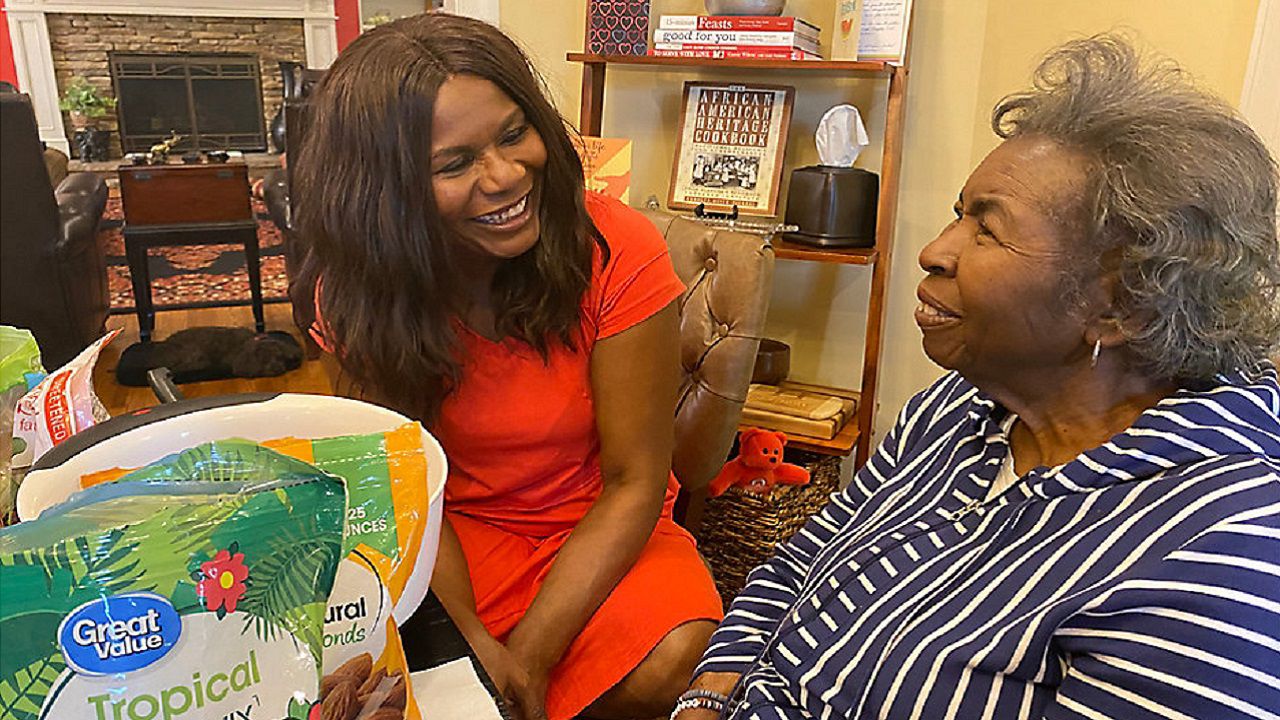 Ramona and her mother, Louise Glover, also known as "Wheezy."

CHARLOTTE, N.C. — A movement known as #MoreTime or #ENDALZ is gaining momentum across the country. A nationally syndicated radio host is a big supporter of it.

Ramona Holloway is most well known for her nationally syndicated radio show on 107.9 called “Matt and Ramona".

Holloway is comfortable talking about anything. Recently, she has been talking about her mother Louise Glover, who she usually calls “Wheezy.”

Ramona broadcasting during her nationally syndicated show on 107.9 called “Matt and Ramona."

After years of being sharp as a tack, her mother is starting to lose her memory.

“Every single month or month and a half, when there is another loss, you realize just how short your time is getting,” Holloway said. “Some people call it 'the slow goodbye.'”

Holloway’s mom now lives with her, so she sees the slow digression everyday. Some days are more painful than others.

“One day, I explained our relationship and realized that the daughter's memory was gone,” Holloway said.

It's why Holloway is pushing for a new drug to treat Alzheimer's, known as "aducanumab."

In clincial trials, it reduced cognitive decline by 22%. Others claim the results are murky, and the price is too high.

The Alzheimer’s Association president of the Western Carolina chapter, Katherine Lambert, said this is a breakthrough drug.

“If approved, aducanumab would be the first available treatment that could potentially change the progression of Alzheimer's disease,” Lambert said. “The drugs that are currently approved currently deal with the symptoms, rather than the underlying disease.”

The Alzheimer’s Association is using the hashtags "#MoreTime" and "#ENDALZ" in support of the drug. They say this could give millions of people more cognitive time with their loved ones.

“For millions facing the disease today, that would be huge to have a change in the progression of the disease,” Lambert said.

Holloway said she understands some people might not think a 22% reduction is much. But she disagrees.

“When you are talking 20% more time with someone who is your best friend, that is a big deal, that is a really big deal,” Holloway said.

The FDA will decide on whether to approve aducanumab on June 7.