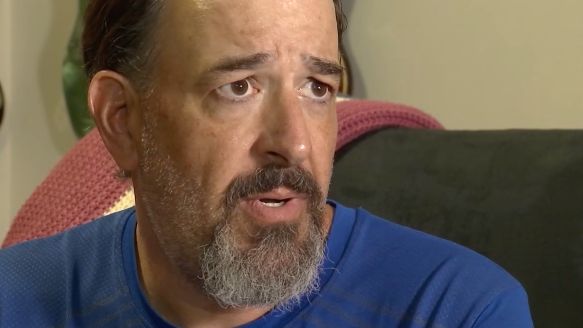 Benjamin Hoffman says all things considered, Leo is doing well. “Leo was frightened. Not so much for themselves but for their friends. Leo is very strong and would do anything to protect their friends,” he says.

The Pinellas County Sheriff’s Department is investigating an incident that took place last Friday at Seminole Middle School, where a transgender student and their friends were physically attacked for displaying the rainbow Pride flag. Several students have been suspended for their involvement in the incident, and some of those students have been expelled and reassigned to alternative schools.

Leo Hoffman, a 12-year-old transgender student, was enjoying a picnic with their friends on the school campus while displaying the Pride flag last week. They were then confronted by a male student who grabbed the flag and threw it into the garbage, according to Benjamin Hoffman, Leo’s father.

After Leo retrieved the flag and put it on their back like a cape, the same male student snatched it back, resulting in Leo being knocked to the ground and stepped on. The scene was captured by cellphone video and now has been viewed hundreds of thousands of times, according to Benjamin Hoffman.

Seminole Middle School Principal Dr. Michael Moss and some of his staff then began investigating the incident throughout the holiday weekend to determine which students were involved in the incident.

Isabel Mascareñas, the public information officer for Pinellas County Schools, says that the behavior was “inappropriate and not acceptable,” leading to the suspension of a group of students, with certain students being reassigned to an alternative school (she would not say how many students have been disciplined).

“We teach our students to accept and respect everyone for who they are,” she says. “This is a district that values diversity and promotes inclusion.”

“I hate to see someone’s kid expelled from school,” says Benjamin Hoffman. “But you can’t lay your hands on another person. It’s just not acceptable.”

Representatives from Equality Florida were made aware of the incident earlier this week.

“It’s important that this type of incident is not just brushed under the rug,” says Gina Duncan, the director of transgender equality with the LGBTQ rights organization. “When we see discrimination and certainly when we see violence against our young people in schools, this is something that we have to address.”

A 2015 study conducted by the National Center for Transgender Equality found that more than 77 percent of those who were out or perceived as transgender at some point between kindergarten and 12thgrade have experienced some form of mistreatment. More than 54 percent of those people said that they were verbally harassed, 24 percent were physically attacked and 13 percent were sexually assaulted.

Benjamin Hoffman says all things considered, Leo is doing well, though he opted to keep them out of class this week in the waning days of the school year.

“Leo was frightened. Not so much for themselves but for their friends. Leo is very strong and would do anything to protect their friends,” he says.

Mascareñas says that the teachers at Seminole Middle High are reviewing and reinforcing its stated school values this week in class, which are respect, tolerance, cooperation and diversity. And she says that the school will implement a bully prevention program when the school year resumes later this year.

This is not the first incident of bullying that Spectrum Bay News 9 has been made aware of this year at Seminole Middle School. In April we reported on the case of Alicia Smith, who reported being harassed and bullied on several occasions after she was seen wearing a pro-Donald Trump facemask and ball cap in class. She had to wear the cap because she has alopecia, a condition that causes hair to fall out.