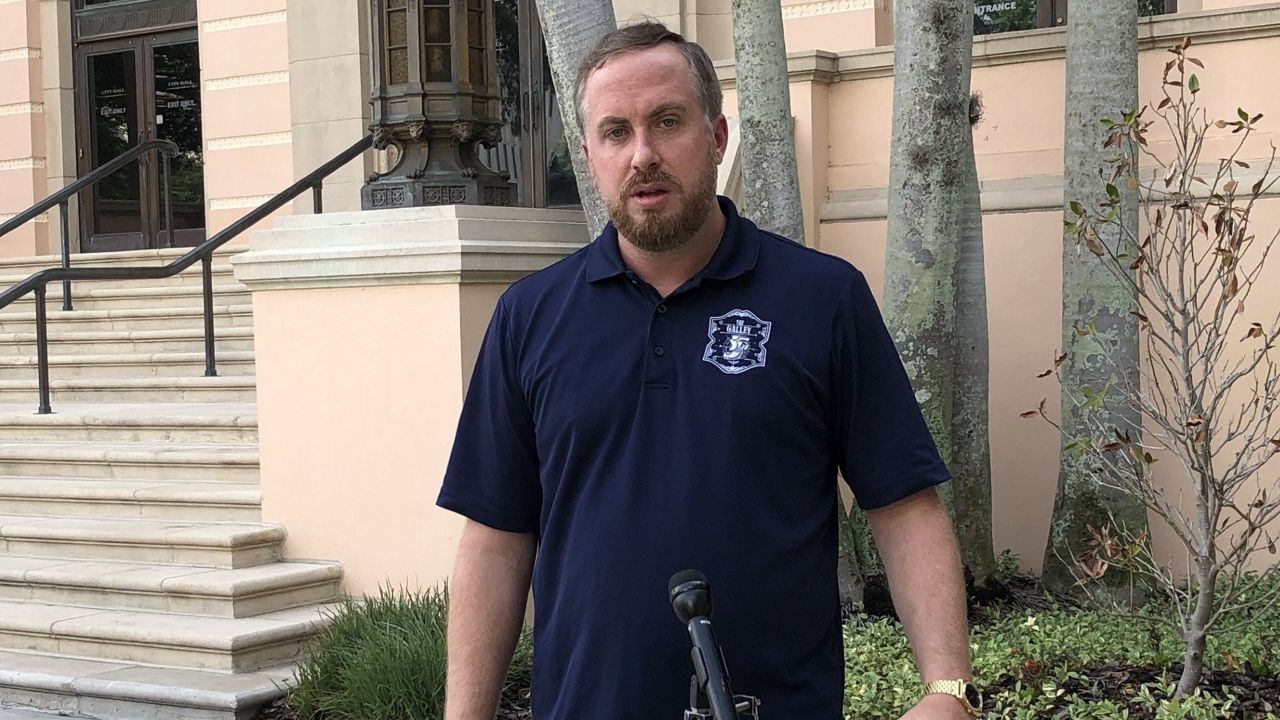 The early front-runners in the race for St. Petersburg mayor — Darden Rice, Ken Welch and Wengay Newton — all have extensive backgrounds of serving in public office. Restaurateur Pete Boland doesn’t but says he has something that they all lack when it comes to qualifications to run the state’s fifth largest city: executive experience.

The Other Candidates in the Race

“I’ve got an organization of 50-plus people,” Boland told Spectrum Bay News 9 on Friday. “We didn’t lay off a single employee over the coronavirus pandemic. We’ve dealt with a lot of adversity, and we deal with a lot of challenges. When you think of all the changes and things that were happening in government, a lot of them were affecting us.”

The 37-year-old St. Petersburg native owns three taverns in downtown: The Galley, The Ship’s Hold (an expansion of The Galley on 4th St. N) and Mary Margaret’s. Over the past year, he became one of the public faces of opposition to some of the coronavirus restrictions imposed by Mayor Rick Kriseman, which generated local and even national media coverage for him.

“You look back at all of the folks last year that were advocating for all of the shutdowns,” he says. “They kept on getting paychecks while people like me weren’t … so I think that executive experience does matter.”

Boland said that he had been pushing a few other people to run for mayor this year, but when they opted not to, he decided to go for it. He’s the third registered Republican to enter the campaign in a very Democratic leaning city.  He describes his ideology along the lines of a Jeff Brandes-style libertarian Republican: pro-business, pro First and Second Amendment, but also progressive on issues like supporting the legalization of marijuana.

Speaking of cannabis, Boland is being upfront about the fact that he has an arrest record for possession of drugs from his late teens and early 20s.

“I made a lot of mistakes,” he says. His parents’ divorce and deaths to his father and grandmother in his late teens and early 20s led him to becoming an “angry youth.” He says he found salvation in the hospitality industry and says that his own experience informs his philosophy that everyone deserves second chances.

Spectrum Bay News 9 asked him about some of the biggest issues on the campaign trail this summer, beginning with how to create more affordable housing.

Boland says the city needs to figure out how to build more houses and open up some restrictions on density. He also believes in finding a way to get more “accessory dwelling units” like garage apartments and in-law suites to be part of the mix.

On boosting the economic fortunes in South St. Pete, Boland says there’s been “a lot of empty promises and false hope.”

“We need to create equality of opportunity,” he said. Boland peaks admiringly of former Mayor Rick Baker’s advocacy for getting the business community to get involved in education, specifically citing his Doorways Scholarship program, which enabled sixth-graders who were on a free or reduced lunch program to earn college scholarships by maintaining a “C” average and having a good attendance record, staying away from crime and drugs and working with a mentor.

Boland also says that the “failed war on drugs” has had deleterious consequences in Midtown, which is another reason he supports legalizing cannabis.

Regarding the St. Pete Police Department, Boland says he’s a “skeptic” for now about the city’s Community Assistance Liaison (CAL) program with Gulf Coast Jewish Family and Community Services to use social workers to respond to non-violent incidents, and will wait to see more data before weighing in.

“I like the effort, and I think that it’s an acknowledgement that we do need to do something about this,” he says.

He calls the members of the SPPD ``fantastic public servants,” but adds that it’s important to weed out bad officers. He’s also happy that the department has now embraced using body-worn cameras.

And regarding the city’s negotiations with the Tampa Bay Rays about a potential new ballpark, Boland supports Council Chair Ed Montanari’s call from earlier in the week urging Mayor Rick Kriseman to continue stadium negotiations. But he also says it’s time to call the Rays “bluff” regarding their unconventional proposal to split future home seasons between St. Petersburg and Montreal in new ballparks.

“I don’t see how that’s going to work,” he said, advocating for an outdoor stadium which would also house the Tampa Bay Rowdies soccer franchise and be used throughout the entire year by the community.

Though there are now 10 announced candidates for mayor, that list may be whittled down when qualifying ends on June 18.

The primary election is scheduled for Aug. 24.