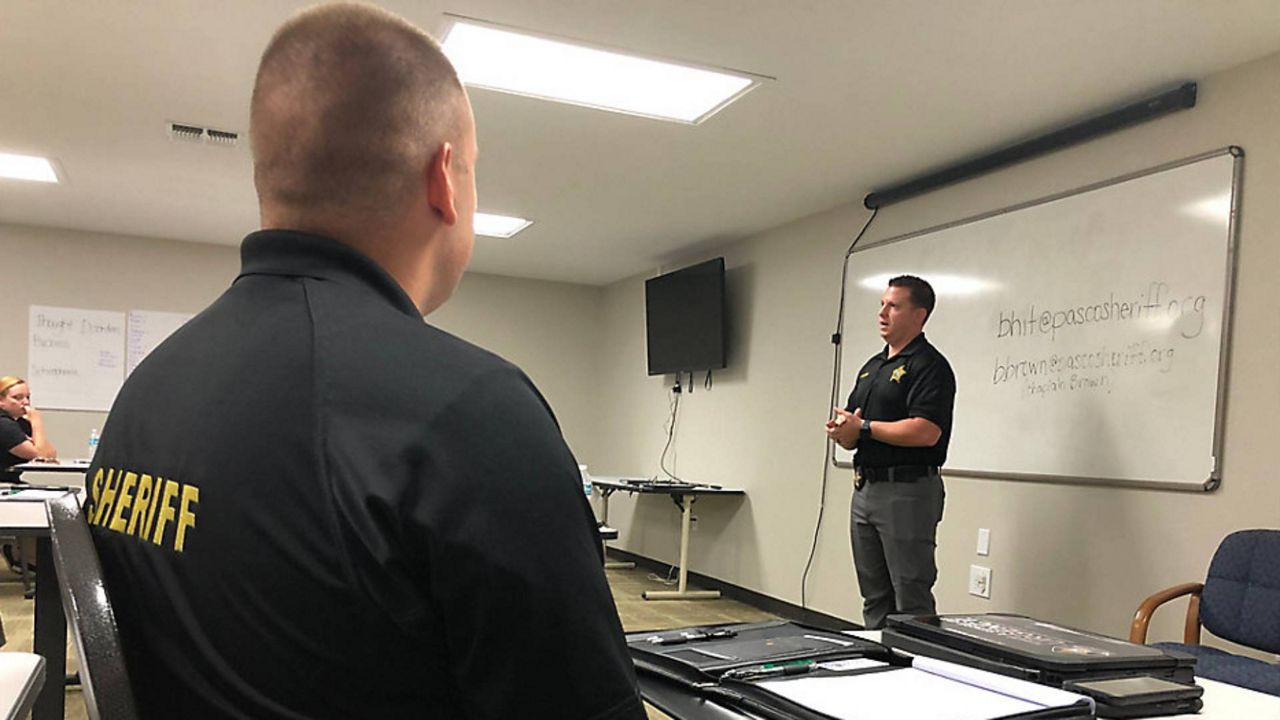 
Law enforcement gets this concept too, change must come from within. But even knowing this, he's always lived his life by the golden rule — treating others like he would like to be treated.

“I think once you break down those barriers, people realize, and understand, and they are more willing to have that conversation,” said Pasco County Sheriff's Office Detective Rocco Mauro.

Back in January 2016, Mauro was a patrol officer. Late that night, he ran the tags on a Mustang.

“I remember I looked at it and was like, 'That is a really nice car.' I am a Ford fan. So I looked at the car, I ran the tag," said Mauro. "I saw the registered owner didn’t have a license. I saw that Rachel was the one driving, verified that, and ended up doing a traffic stop.”

He was pulling over Starostin, who was hooked on opioids and other drugs.

“That was the norm for me," said Starostin. "I don’t think I had gone home to visit my kids for three weeks, and this was the week after Christmas. I missed Christmas and my son’s birthday, and didn’t even realize it.”

In her car were lots of drugs, and no more second chances.

Human, but still a human doing wrong. So Mauro arrested her, but before driving to the jail, Starostin made a request.

“I said, 'I am a good person.' Ya know. And he said, 'This could be the moment that changes everything for you. You have to have the courage to change.' And before we left I asked him if he would pray for me? I mean I was terrified. And he took the five minutes to do that," said Starostin.

“When she asked me to pray for her that was a blessing for me as well, to be able to pray for somebody because, I don’t always have that opportunity when someone is yelling at me because they are upset that they just got arrested for whatever they just got caught doing," Mauro said.

“And he went and did his paperwork. And before he left he came over, and he was like, 'Good luck, it can get better for you,'" said Starosin.

She never forgot those words and began working on herself. She spent the next 8 months in jail, thinking about her life and past arrests. She knew this was not the way she wanted her life to go.

“It did change everything for me," said Starostin. "But when my children wouldn’t look at me, like really look at me at all, that was a price I wasn’t willing to pay.”

She got clean, started helping her community by giving out Narcan, and last year opened the Grace House. She even decided to reach out to the deputy who arrested her.

“When she reached out, I mean it was year — it was years after, and it was just a roller coaster of emotions," said Mauro. "I remembered it as soon as I saw her name, I remember the incident and I just couldn’t believe it.”

He couldn't believe that small act of kindness and decency would lead Starostin and himself to Safety Town this week, five years later. For the first time, they are sharing their story as part of a multi-agency crisis intervention training.

Nocco said this training is necessary, because of one simple fact.

“People are human beings, and so from many different aspects of them being human beings, you treat others as you would want to be treated," said Nocco. "People didn’t ask to have this disease."

In fact, just look how far a little kindness can go.

“That conversation you don’t know where it is heading, or what the outcome is going to be," Mauro said. "But showing that humanitarian aspect of it could drastically affect their lives, not only for them, but for law enforcement interactions later on, and just making a better community."

“It’s come pretty full circle. Ya know, like how awesome is that, ya know, a prayer and a conversation years ago changed everything for me," said Starostin.

Nocco stressed more health care resources are needed in the county to help deal with the mental health issues.

Here are a list of different local and state agencies to help if you or someone you know is experiencing struggles with addiction and mental health stresses, click here.