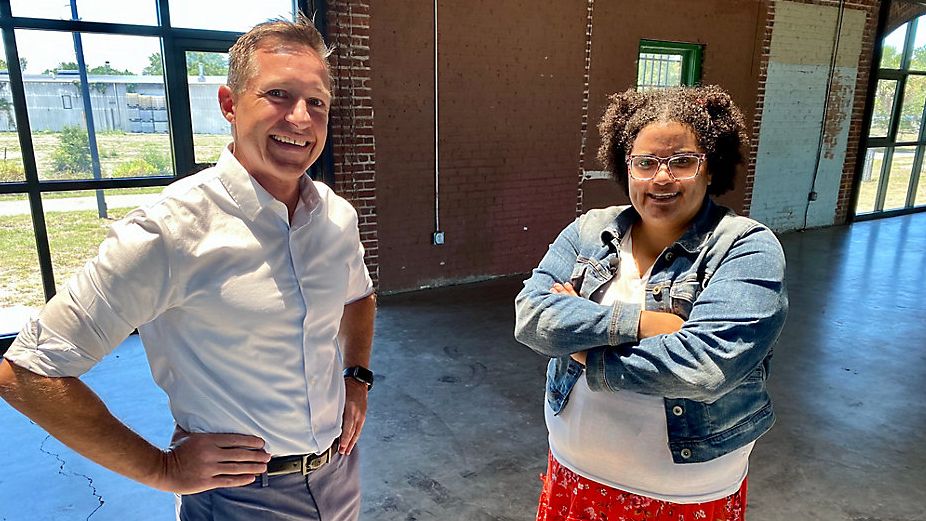 Bay Area autistic filmmaker gets professional help with next project

Autistic filmmaker Jennifer Msumba, who recently won the best short documentary award at the Sunscreen Film Festival, will be getting professional help shooting her next film in St. Petersburg later this month.

Pinellas County Film Commissioner and Sunscreen Film Festival founder, Tony Armer, said he was so impressed with Msumba when he met her at the awards ceremony last month, that he decided to get her a professional film crew to shoot her next documentary titled "Like the Girls Who Wear Pink."

"It's a great message that she has and she's so talented and has never made a film with a proper film crew before," said Armer. "So, I just kind of felt this calling to, you know what, I need to help her make this project and put a real crew together for her and let's see what she can do."

Msumba put together the short film that she won the award for called "The Fish Don't Care When It Rains" all by herself, at home in Wachula, during the pandemic. The film focuses on being an artist with autism.

"I'm an artist. I love to create. I'm also disabled. I have autism. This is the story of how those things combine to make one unrepeated me," she said in the film. "So what does my autism mean to me? Well, I've always been autistic. So, I don't know anything else. Just like fish. They're already in the water. So, they don't care if it rains."

Msumba said her next film, which will be shot on June 26, at the Morean Center for Clay, will encourage others to help support people with disabilities.

"It takes some snapshots from when I was younger and it's a message from my future self to my younger self," she said. "Like Jen, you're going to go through a lot of difficult things but you're going to be ok on the other side."

Msumba said she expects to have her next film edited by July. Armer said he will help her submit it to festivals.

"That's the most exciting part." she said. "That I can take my ideas and expand them a bit because now I have help."