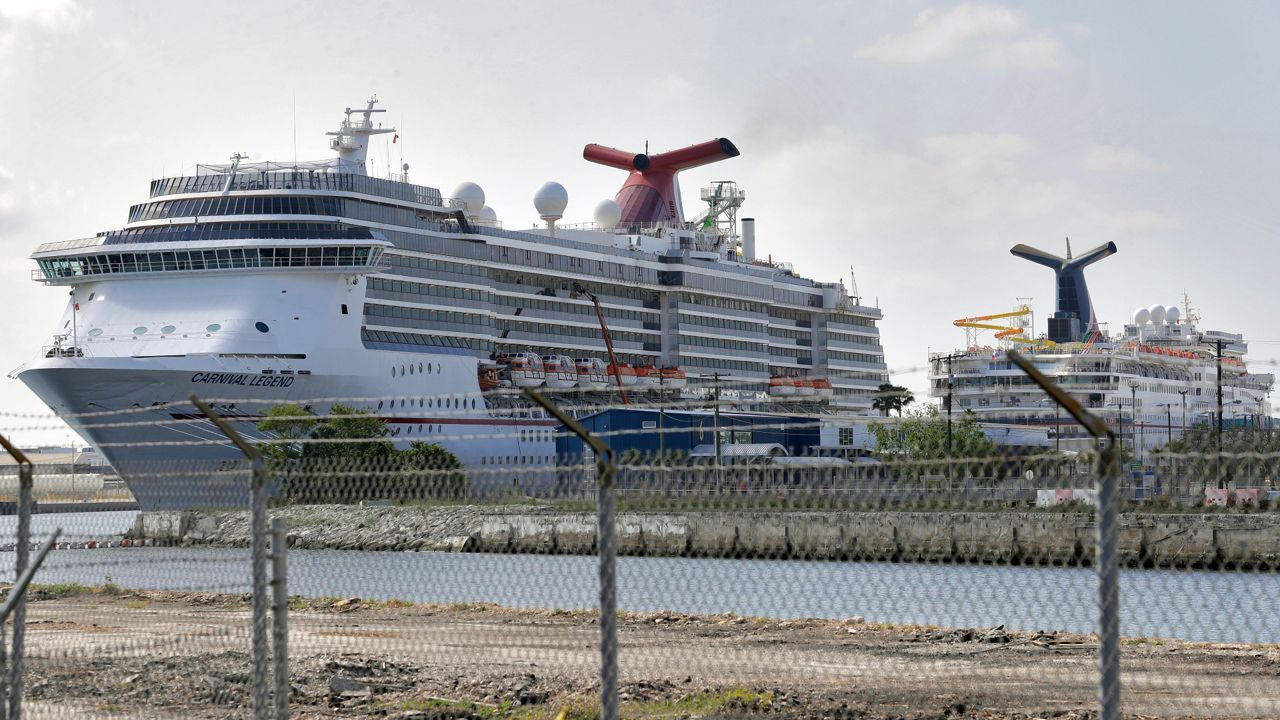 The U.S. cruise industry has remained inactive since early 2020 when the CDC banned cruise lines from operating from U.S. ports. (AP File/Chris O'Meara)

U.S. District judge sides with Florida in lawsuit against CDC over cruise industry

A U.S. District judge has sided with Florida in its lawsuit against the CDC, granting an injunction against the federal agency’s “conditional sailing order” that spells out phased guidelines for how the cruise industry can return.


Calling the conditional sailing order a "lockdown on the cruise industry," Florida had argued that the order exceeded the Centers for Disease Control and Prevention’s authority.

"I am excited to see the cruise industry get sailing again, and proud to stand with Governor Ron DeSantis against illegal federal overreach and draconian lockdown measures," Florida Attorney General Ashley Moody said in a released statement.

In an April lawsuit that sought a preliminary injunction to block restrictions on the cruise industry, Moody argued that the U.S. Centers for Disease Control and Prevention had overstepped its boundaries on those restrictions, including a phased approach to allowing cruises to resume from U.S. ports. Alaska and Texas joined Florida’s lawsuit.

DeSantis in April issued an executive order that banned local governments and state businesses from requiring proof of COVID-19 vaccination for services. DeSantis said he signed the ban to protect Floridians’ rights to medical privacy.

Of the lawsuit, Moody asserted that Florida’s cruise ports had remained inactive since early 2020 when the CDC banned cruise lines from operating from U.S. ports and had declined to lift the restrictions, even as cruise lines were operating in other countries.

State attorneys have cited the financial effects on the cruise industry, which they maintain have been singled out while airlines have continued to operate. But the financial effects from the ban continue to be far reaching, impacting businesses near the ports. The last time a cruise ship left the Port of Tampa Bay was March of last year. Many downtown Tampa businesses see a boost in sales between March and the end of summer.

"To be honest with you, the guest we get from the cruise ships are some of our best customers," said Geoff Karlavage, owner of the Magic Carpet Glide.

Another thing in question is the CDC’s requirement of trial runs for cruise ships, citing the necessity of the financially hit industry to pay people to cruise during such testing.

Read It: Full ruling in Florida vs. CDC