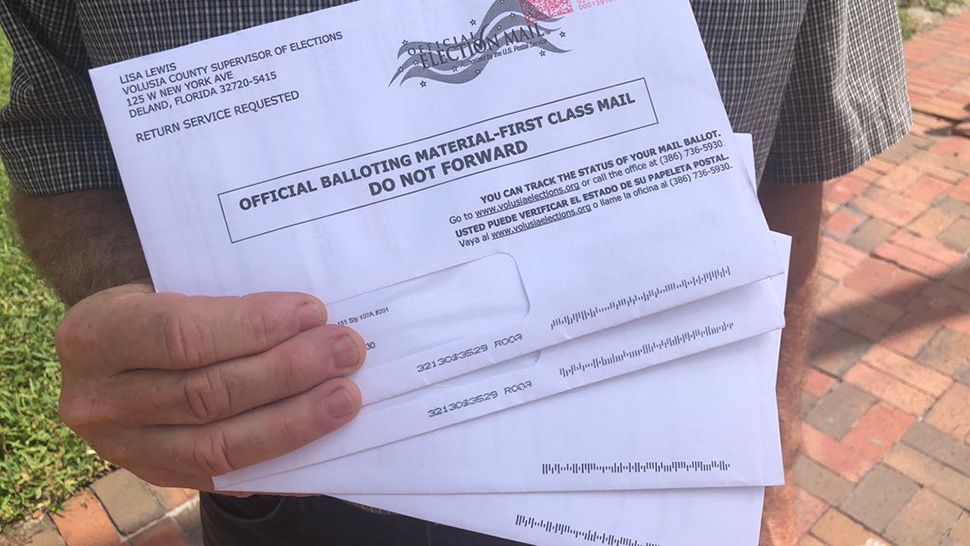 At the annual summer meeting in Tampa this week, there’s a sense of relief among many of the state’s local supervisors of election in attendance. While some still question the need for an election reform bill signed into law by Gov. Ron DeSantis last month, things could be much worse.

They could be in Arizona or potentially another state that is being forced to conduct an elections ‘audit’ pushed by Donald Trump supporters who believe that there was fraud during the 2020 presidential election.


“What’s happening in Arizona is just a farce and I have to say if the implications of it weren’t so concerning, we would actually find it funny, because we can see that there is no way in the world that they’re going to get anything that resembles a true vote,” says Polk County Supervisor of Elections Lori Edwards, a Democrat.

Manatee County Supervisor of Elections Mike Bennett, a Republican, says that he doesn’t support what’s happening in Arizona “because I think that they’re auditing for the wrong reason.”

“They’re auditing because they were hoping for this big fraud that they hope that they can find, and I don’t think it’s there,” he said while taking a break during the conference taking place at the Tampa Marriott Water Street Hotel. ”It’s really a shame of what they’re having to go through out there, but I don’t expect that in Florida.”

“We do audits. I think that we have a very structured process for audits,” says Leon County Supervisor of Elections Mark Earley, a Democrat. “The way the audits are going on in Arizona, I don’t think that those are audits, I think that audits should be well planned, they should be executed by people who know what they’re doing under strict controls, and that’s far from what’s happening in Arizona.”

Earlier on Wednesday, the SOE’s heard from Noah Praetz, an election security consultant who spoke virtually about how the 2020 election was safer, more secure and more audited than any contest in American history.

Yet in Arizona, state Senate Republicans were able to subpoena more than 2 million ballots from Maricopa County, the state’s biggest county, as well as the tallying machines and other election equipment to review the results there. That review is being conducted by the Sarasota firm called Cyber Ninjas, which had no prior experience with election audits but whose chief executive officer did tweet support for the idea that Donald Trump, and not Joe Biden, won Maricopa County and Arizona.

And there are reportedly other states led by GOP lawmakers that are looking to conduct similar reviews of the election.

“I’ve been doing elections for 36 years, and this past election is by far the worst misinformation and mal-information that we’ve ever seen,” says Earley, adding that it makes it tougher for voters to verify  accurate information.

“Without a doubt it has gotten much, much worse in the last year or so,” says Edwards. “And it was a constant battle that took a lot of our attention and energy during our busiest time as we conducted the 2020 presidential election.”

Regarding the election bill passed by the Legislature in April and signed by Gov. DeSantis last month, both Edwards and Earley say the final product is much better than what the proposed legislation looked like during the middle of the 2021 session, but Bennett remains steadfast in questioning its need.

“I think that it was a solution looking for a problem,” says Bennett, who previously spent 12 years in the Legislature representing most of Manatee and other parts of the region. “I think that if they (the Legislature) really had issues with our election, tell us what they were? We never heard any specific problems of ‘this is what we’re trying to fix.’ So I thought it was pretty disingenuous that the Legislature did that.”

The election bill was the topic of discussion during the morning session, led by Lake County Supervisor of Election Alan Hays and Tallahassee-based lobbyist Dave Ramba. Like Bennett, Hays is another former GOP state legislator who bitterly criticized the elections bill during the middle of the session, though he said the final bill was a much better product.

The conference concludes on Thursday morning.