Annual events celebrating LGBTQ+ communities nationwide grew out of commemorating a series of altercations following a police raid on New York City’s Stonewall Inn on June 28, 1969. Tired of harassment, abuse and discrimination, the gathering place’s denizens took to the streets to protest their treatment; the first Pride participants were literally freedom fighters.

It’s no surprise, then, that Pride has always had a fiercely independent, political and expressive bent. Pride isn’t just a celebration of equality. It’s an assertion of human rights. Over the years, as LGBTQ+ persons have paved hard-won inroads toward mainstream American acceptance, Pride events have become ever more inclusive — the irony being that inclusivity has extended from what has historically been a marginalized segment of humanity to include what have always been seen as more traditional, “heteronormative” lives.

“I think that you should expose yourself to other perspectives,” she says. “LIterally it’s about changing a perspective. A lot of the work that we do at GLAAD is centered around visibility, and accountability of said visibility. All of that is working to change the narrative.”

While some parents worry that Pride celebrations might expose their kids to behavior or ideas they find troubling or even offensive, Brundage, a mother of two teens aged 14 and 16, thinks it’s important to show one’s children the full breadth of humanity.

“I have two kids, and at times I bring my kids to the Pride parade,” she says. “My youngest will wear colors across the spectrum of the rainbow. He’s not necessarily LGBTQ but he’s definitely an ally. I don’t know where he’s going to land, and that’s not for me to decide. But it’s about showcasing that allyship, it’s about being visible. It’s about championing equal rights.” 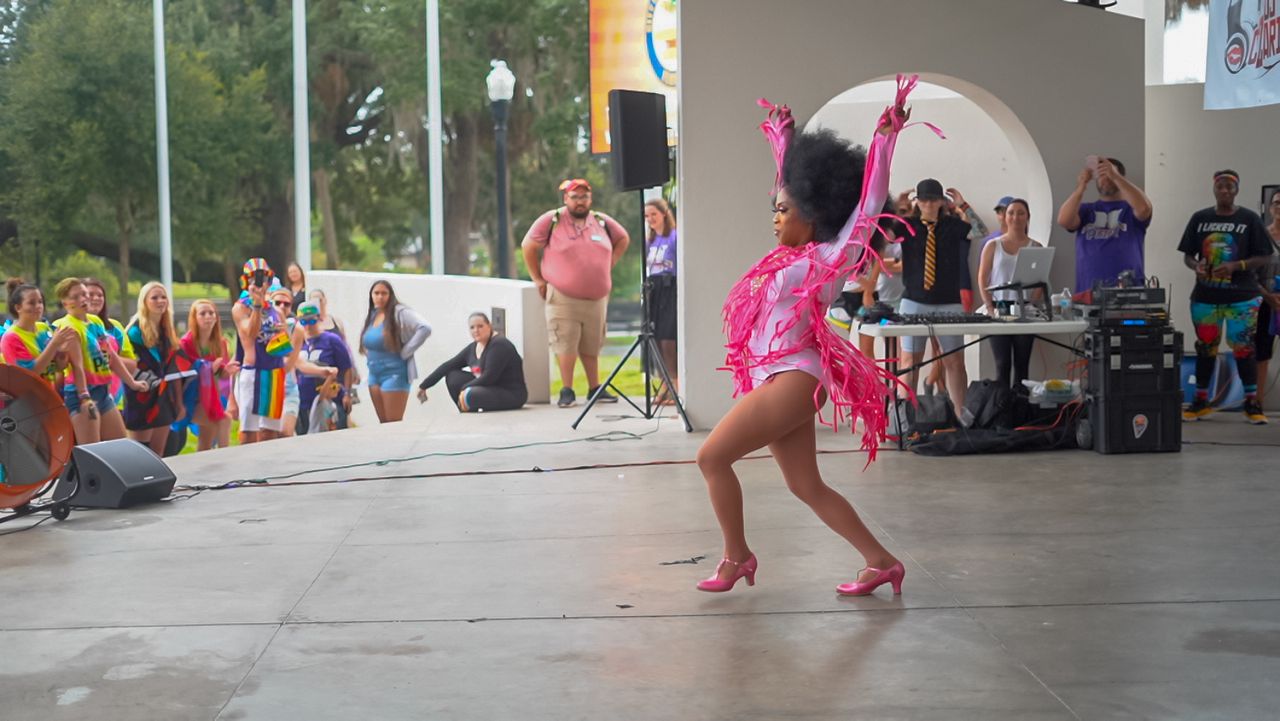 Pride has become a family-friendly proposition for some. While certain events are undoubtedly not for younger participants, they’re largely confined to bars, clubs and the sorts of nightlife venues reserved for adults anyway. Those looking for scandal or offense at a day in the park, parade or street festival would be hard-pressed to find anything more controversial than a revealing outfit or sexual innuendo on a T-shirt. But as Pride becomes a more mainstream thing, does the LGBTQ+ community find it an acceptable compromise if it comes to stifling the joy of expression to keep the neighborhood peace?

“Like a 10-year-old has never seen a butt before, or would make it to 20 without seeing one,” says Diana Shanks, communications director for the Pasco Pride Festival. “I’ve heard a lot of this discourse, and it is difficult to reconcile. But I think that where we land, kids, especially teenagers, are going to be exposed to these things… nobody in Pasco has come to Pride in [just] chaps to my knowledge.”

Pasco Pride has been around, in a historically conservative corner of the Tampa Bay area, for more than four years, and it’s run into its share of backlash. The organization backs Drag Queen Story Hour, a regular event wherein a drag queen reads traditional children’s stories to kids that has drawn ire from residents for years now.

“This grandma, reading a book about a donkey,” says Shanks. “The backlash has been amazing.”

She considers the judgment particularly galling given other Pasco County goings-on.

“New Port Richey has a bike fest, it has wet T-shirt contests,” she says. “For some reason — well, we know the reasons — sexuality gets a pass in a lot of other spaces, whereas people are so much more sensitive about Pride… I mean, there are sex jokes in Disney movies.” 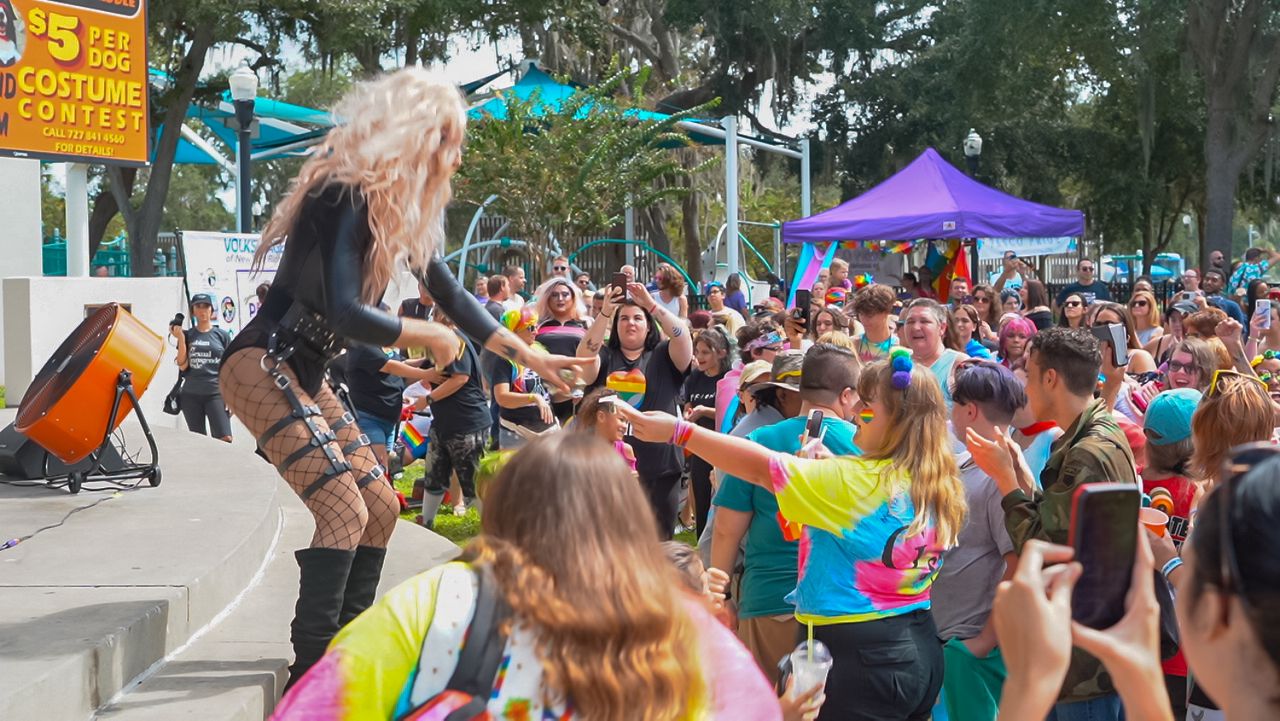 Shanks is sensitive to what she sees as Pride’s need to keep its expressive edge as it becomes more and more normalized.

“There is still systemic inequality, and we don’t stray from that,” she says. “We don’t play a respectability politics game.”

That said, some see Pride as an opportunity to both educate and integrate communities. This year’s month-long PrideFest in St. Petersburg included a “Family Week” anchored by a “We Are Family” celebration in North and South Straub Parks this past weekend, and Shanks says other Pride festivities have experimented with “adult lanes” only accessible to those 18 and up with ID. (St. Pete Pride organizers did not respond to requests for comment before deadline.)

Brundage says the egalitarian nature of a family-friendly Pride is good all around.

“There are youth that are LGBTQ+, there are religious people, people from different socioeconomic backgrounds,” she says. “When we think about this concept of building advocacy for equality for representation and under the law, access to services, that’s needed across the board.”

For Shanks, the most important thing about an all-ages Pride is letting young people who may think they’re alone in the world know that they aren’t.