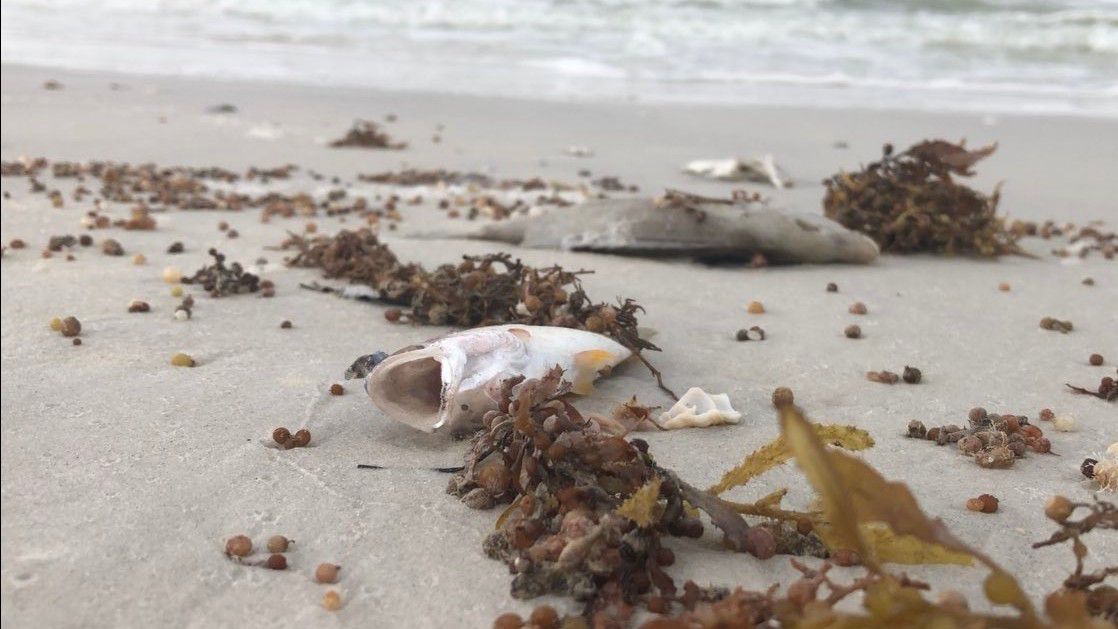 The red tide bloom along the Pinellas County shoreline moved further north on Wednesday, with the highest concentrations found from Madeira Beach to Honeymoon Island, according to Pinellas County Public Works.


County staff flew in the Pinellas Sheriff's Office helicopter and reported the red tide bloom also extends one mile west of Clearwater Beach. Bloom activity was seen in the Intracoastal Waterway in the Clearwater and Dunedin area too.

A large fish kill was observed along a seawall in Dunedin. The county will add some small boats on Thursday to collect dead fish in the water before they reach the shore. Equipment has also been staged in Madeira Beach for collecting dead fish offshore.

"You saw me coughing, and it's very intense in some areas," she said. "I would not encourage folks to visit those area based on the respiratory forecast tool."

Hammer Levy said the good news is that low concentrations have been found at Fort De Soto and Pass-A-Grille.

The conditions in north Pinellas County suggest that the bloom activity is still moving north. Northern movement is predicted to continue for about another week, according to the Public Works Department.