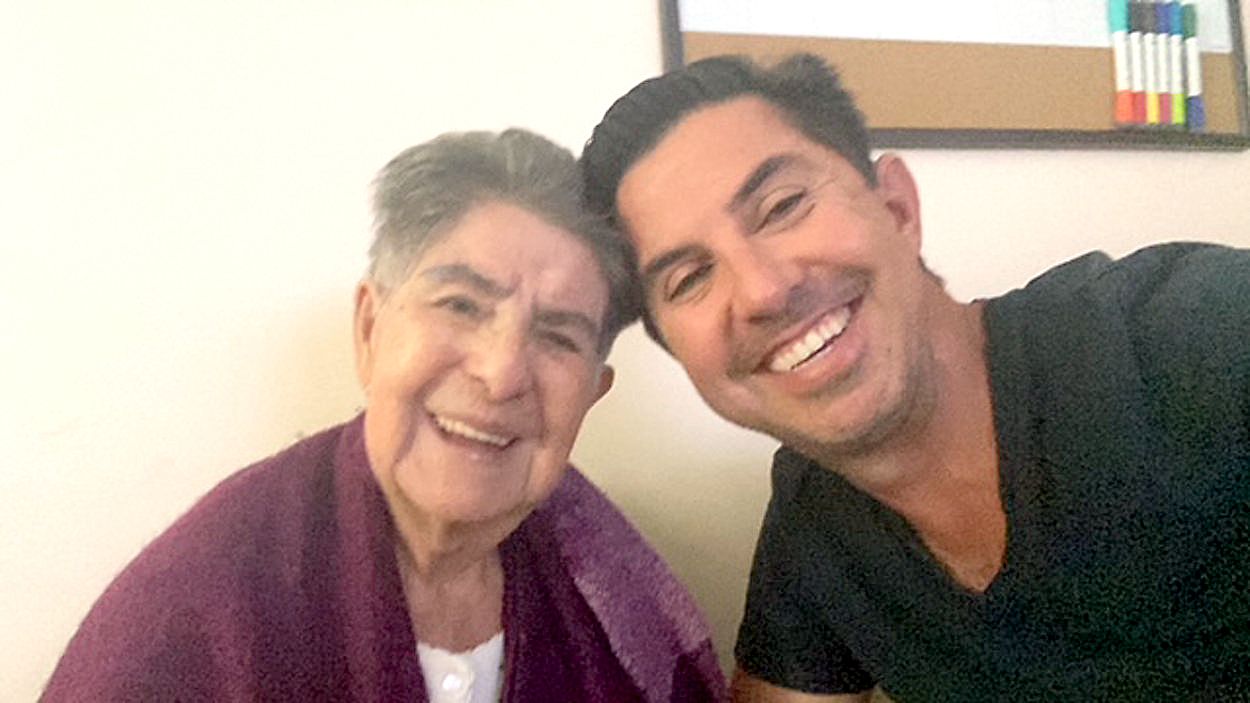 Leonardo Palacios says his mother, Maria Celina Cheiman, 90, is homebound and won't be able to continue with medical marijuana treatments if she can't be recertified via telehealth. (Courtesy: Leonardo Palacios)

TAMPA, Fla. — An emergency order from the Florida Department of Health that allowed physicians to renew certifications for medical marijuana via telehealth is set to expire Saturday.

The order was issued in response to the pandemic and meant that patients who had already been issued an initial certification did not need to make the trip into their doctor's office every seven months to get recertified.

"This was actually something I advocated for back in 2016 when they were putting the laws together in the first place," said Dr. David Berger, owner and medical director of Wholistic ReLeaf, a medical cannabis clinic.

Berger said some of the conditions his patients use medical marijuana to treat can also make even short car rides difficult.

"I have a lot of patients who have epilepsy who would not be good for that, especially when they're having multiple seizures a day," he said. "Or patients who have autism can get very violent and don't have patience to sit in the car for long periods of time."

Others need to travel with wheelchairs or other equipment. Berger said some of his patients drive as long as six hours to his office because he's one of the only board-certified pediatricians in the state who can grant certifications for medical marijuana.

"It's incredibly frustrating to not be able to have that because it's been such a helpful thing for so many patients and I'm so concerned that there are going to be patients who are no longer going to be able to get their medical marijuana treatment because they can't get in," he said.

Leonardo Palacios said his mother is one of those patients.

"This would be the last time that she gets her certification because at this point, she's homebound — barely get her into a wheelchair and out to the living room," Palacios said.

"I didn't see much difference at the beginning — it was more of a latent miracle," Palacios said of medical marijuana's impact on his mother. "She started feeling more relaxed, she started eating more."

Before COVID, he said it would take about two and a half hours to get her to Berger's office for those recertification appointments. Then came the ability to renew via telehealth.

"Oh, a lifesaver," Palacios said of telehealth. "I don't have to try to convince her that she's going to be fine or that anything is going to happen to her. She's in a place that she comprehends where she's at."

Berger said medical marijuana patients have always had to get their initial certifications after an in-person visit to a doctor's office, and that didn't stop during the pandemic. According to him, exams for renewing those certifications aren't necessary.

"So, could there be some physical malady that could change? Yes, but I would still argue that that's why people see their orthopedist, their rheumatologist, their neurologist, who are doing those types of neurological exams," Berger said. "That's not what this is about. This is about seeing if a patient is qualified, or remains qualified, to receive medical cannabis.

"It's still going to be based upon the history, not a physical exam. I can't think of anything that would change around my therapeutic recommendation based upon a physical finding that I would have relative to history."

Berger said he'd like to see Gov. Ron DeSantis take action to extend the order. Spectrum Bay News 9 reached out to both the Governor's office and FLDOH. The Governor's office referred us back to the DOH, which did not respond to a request for comment.