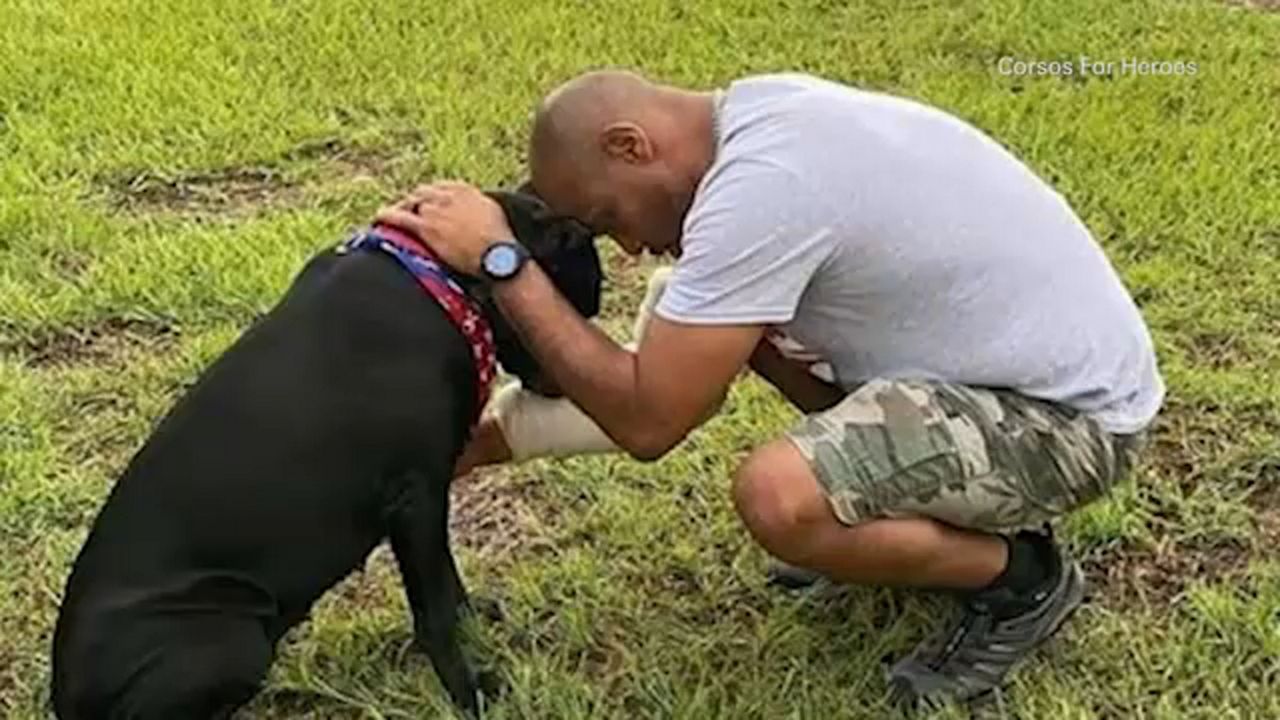 Today's Everyday Heroes have dedicated their lives to helping heroes.

Harry Toro and Ginny Sweet are founders of "Corsos for Heroes," a non-profit that provides veterans and first responders with service dogs free of charge.

Three years ago, Toro became aware of how long it took for veterans to get a service animal. So he decided to do something about it.

"Right away, the light blinked and I said 'You know what? From now on I'm going to try to give as many dogs as I can to disabled veterans and first responders,'" he said.

As a kid, Toro was an amateur boxer and a champion, but it took a toll. He was diagnosed with a traumatic brain injury.

Sweet said her father's trauma after serving in the Air Force in World War Two led to his suicide. She does this in his honor.

The non-profit relies on community support to help with costs and supplies. Now they need a replacement truck to deliver these dogs to heroes.

In two weeks, their 13th hero will receive his service dog and the training.

"The dogs, they're the ones that take care of our vets and first responders," Toro said.