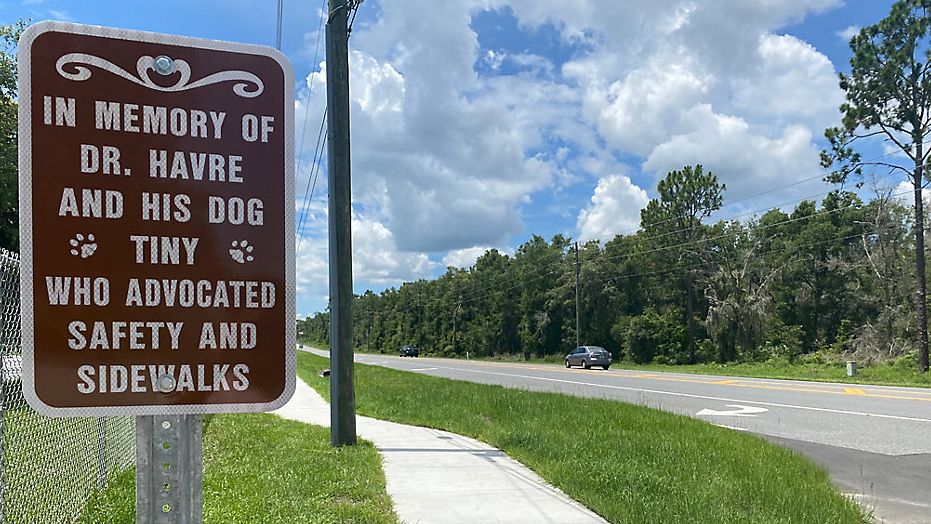 It all started with a letter to our partners with the Citrus County Chronicle in 1987.

Inverness City Council member Cabot McBride told Spectrum Bay News 9's Katya Guillaume, the letter, “Suggesting that this sidewalk be placed here and he did it from the context of his dog Tiny, obviously a small chihuahua.”

Almost exactly 34 years to date, the letter read in part:

“My adoptive father, Dale Harve, recently expressed his unhappiness with the scarcity of sidewalks in Florida. He was concerned about the safety of people who enjoy walking for health reasons or who walked because they had no other choice.” 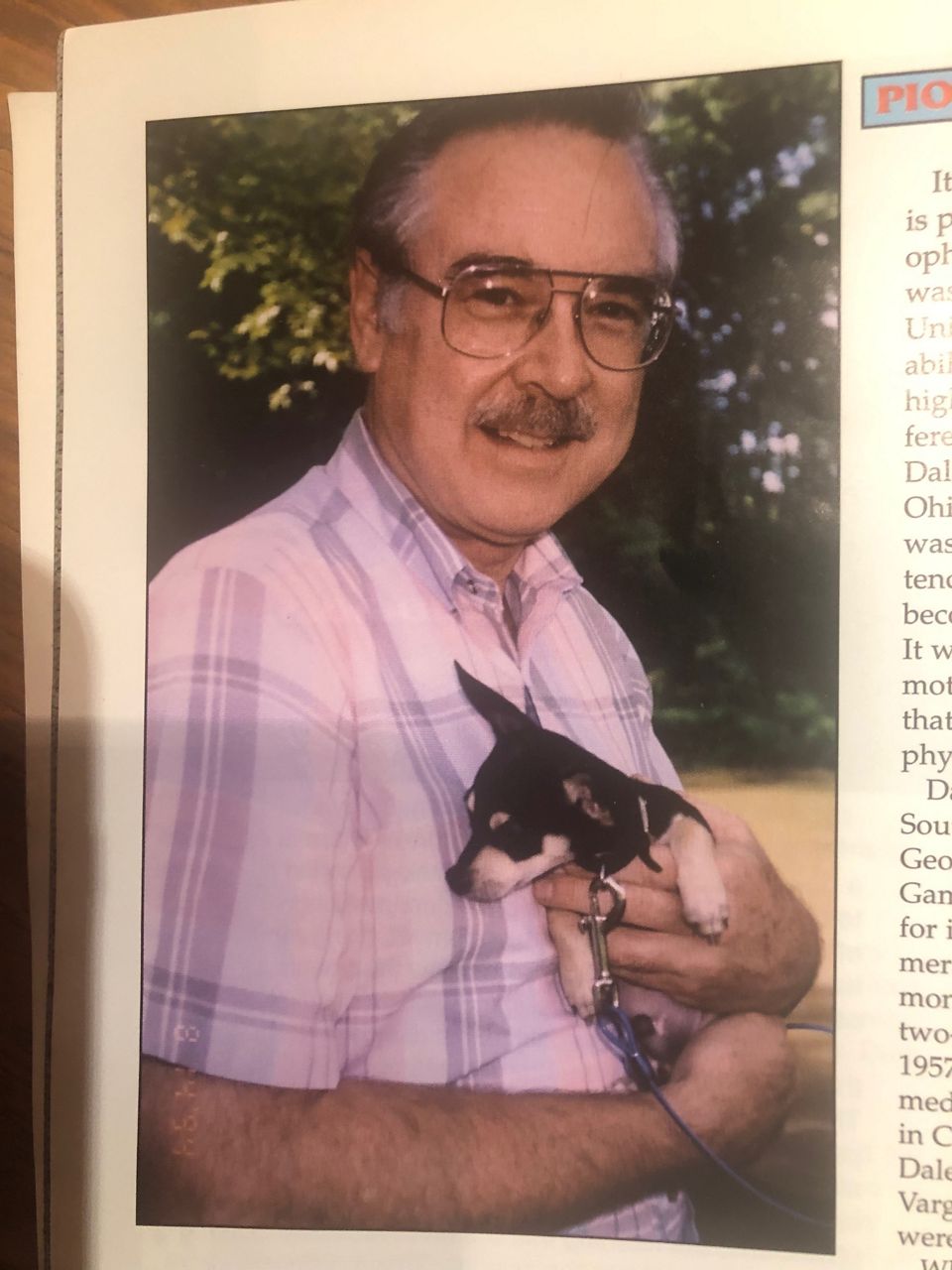 Dr. Dale Havre built his office back in the late 1980’s, close enough to his home so he could ride his bike to and from work for lunch.

His son Charlie spoke to Spectrum News via zoom from a family vacation in Ohio. “When he wrote this article, Inverness there was a boom, there was lots of buildings going up, lots of construction and they weren’t putting sidewalks in at all. And he thought, 'How are people going to walk to each other’s houses to the store?'”

As the county grew, the need for the sidewalk grew too. McBride said, “Dr. Havre and his letter was not forgotten obviously." However it took 33 years for the city to start construction on the sidewalk along 581.

McBride explained, “Based on priorities and the availability of funds it was only this year that the sidewalk was able to be completed.”

Now a sign that reads "In memory of Dr. Havre and his dog Tiny who advocated safety and sidewalk" stands tall in front of Pleasant Grove Elementary so that as students walk or ride their bikes, they know someone has advocated for their safety. 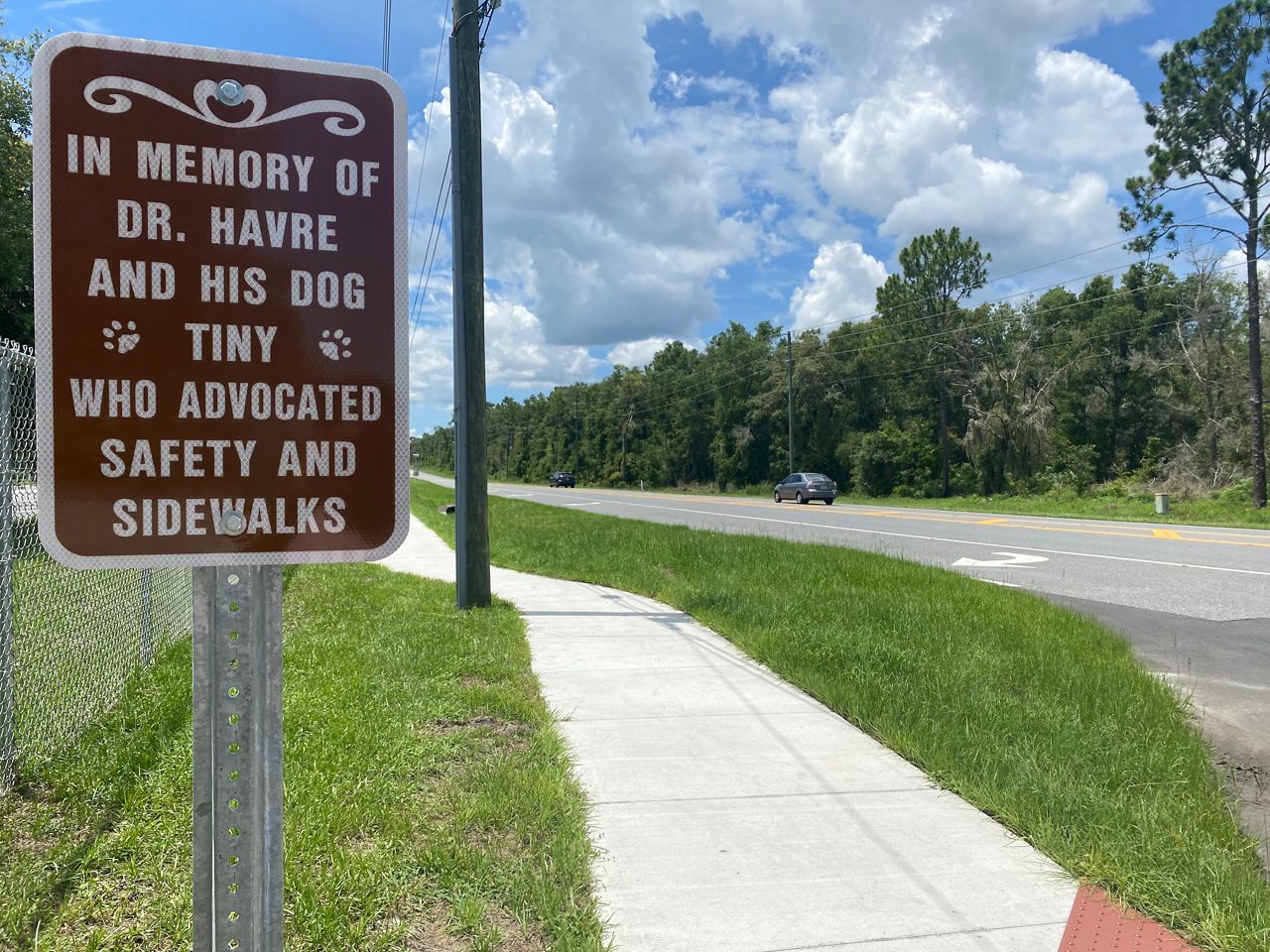 While construction started back in September 2020. Dr. Havre was never able to see it completed. He passed away in January of 2021 due to complications with Covid-19.

Charlie said, “He saw that sidewalk going in and he was really excited and so he sent that same exact letter to the editor of the Chronicle, Jerry Mulligan, and he reprinted it, exactly the way it went. This is such a great way to honor my dad in Inverness.”

Guillaume asked Charlie what he thought his father would say today if he was alive to see the project completed.

“Oh he would be so excited," he said, "And I think he would feel so validated and you know also proud of Inverness for kind of forging ahead and kind of doing the right thing for the citizens.”

It all started with a letter to @BN9's partners the @CitrusChronicle, back in 1987, asking Inverness city officials to put a sidewalk along CR-581.

Here is the complete letter given to Spectrum Bay News 9 via the Citrus County Chronicle:

My adoptive father, Dale Harve, recently expressed his unhappiness with the scarcity of sidewalks in Florida. He was concerned about the safety of people who enjoy walking for health reasons or who walked because they had no other choice.

Those are important considerations, to be sure, but they are not burning issues from a dog’s standpoint.

Most of us dogs walk from one place to another for basically the same reasons that humans do, namely, to find food, shelter, love or a place to deposit something. As far as deposits are concerned, we dogs prefer really nice lawns, whereas I understand people like to go to banks.

Most bid dogs make walking along the side of the road look pretty easy.

For some of us, though, it’s not so simple. Consider if you will, that the average roadside weed is ten inches tall and quite nasty. A typical weed is stiff and sharp-edged and sports a variety of vicious stickers. Since a Chihuahua’s belly is only four inches off the ground, you can imagine the pain we little dogs have to endure from such plant life.

And then there are the fire ants and other assorted bugs that occupy the shoulder of the road. At least humans have the option of wearing shoes when they go walking. We’re out there bare-clawed, trying to avoid getting those critters between our toes. Stones and broken glass are also tough on the old tootsies, too. Is it any wonder we dogs would like to see more sidewalks?

In the good old days, when kids could pull their wagons along a sidewalk, many a dog could be found in those wagons. It was part of the American way of life. Wagon dogs often got their ears scratched by friendly passerby, who enjoyed watching us sweep the bottom of the wagons clean with our tails. Now have to settle for a terrifying ride in the back of a pickup truck. There is no comparison, believe me. We desperately need to ride in wagons and buggies again. Sidewalks are a must.

So there you have it, folks. Dogs would love to see more sidewalks in Florida, too. Wouldn’t it be nice to have a few dog lovers on the city planning commissions? Worse things could happen to a commissioner than to have the favor of dogs. Perhaps Christopher Morley put things in their property perspective when he said: “The censure of a dog is something no man can stand.”