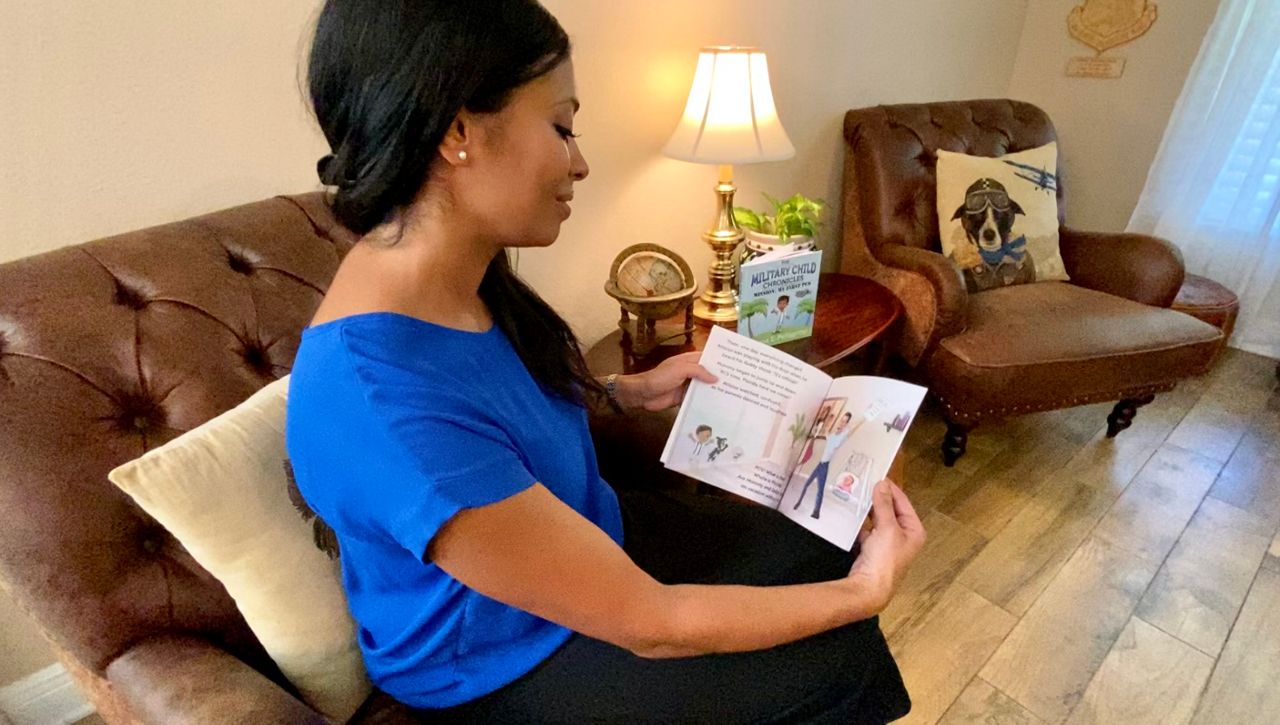 TAMPA, Fla. — It’s no secret that military families move a lot and that it can get stressful, especially for kids.

That’s why one Tampa mom wants to help children when it comes time for a permanent change of station, or PCS.

We spent some time with Athens Pellegrino.

She’s a busy mom of two, works for the U.S. Air Force, and her husband is active duty.

Pellegrino has her hands full with one-year-old Callista and two-year-old Atticus.

“So we moved here in July, seven days after this little one was born (Callista). It’s been fun, we love the Tampa area. We’ve been married for about 12 years and this is our seventh move,” said Pellegrino.

While she’s pretty much a moving expert by now, once kids are added to the mix it can get a lot more complicated.

Before leaving Alabama, she tried to find a children’s book to help her son.

“At the time I searched and I didn’t see really anything regarding permanent change of station books or anything like that,” she said.

It sparked an idea and a new passion that lead her to start typing.

“There would be some nights I’d just get two hours of sleep and I wouldn’t really have solid sleep so I just started working on the book,” Pellegrino said.

After taking care of her daughter at night, she would be off to work for the day.

“I work as a budget analyst full time. So that’s a lot of numbers, statistics, money management, so I enjoyed having the book as a hobby to use as a creative outlet,” she said.

“Mission: My First PCS” is the first book in her series called “The Military Child Chronicles.”

The book was inspired by her son Atticus.

“At first he was really upset and didn’t know what to expect from the move or anything and then he learns as the story progresses that PCS is something he should be excited for,” she said.

All through the book you can find tips to make moving less stressful, plus some fun word play on the acronym PCS.

You can find the book on Amazon, at Barnes & Noble and at Target.

“Just try to keep it as positive as you can, it might not be your first choice of an assignment of where you want to live, but as long as you’re there together as a family unit, you can accomplish a lot," she said. "There’s plenty of sights to be able to visit no matter where you are, whether it’s United States or overseas."