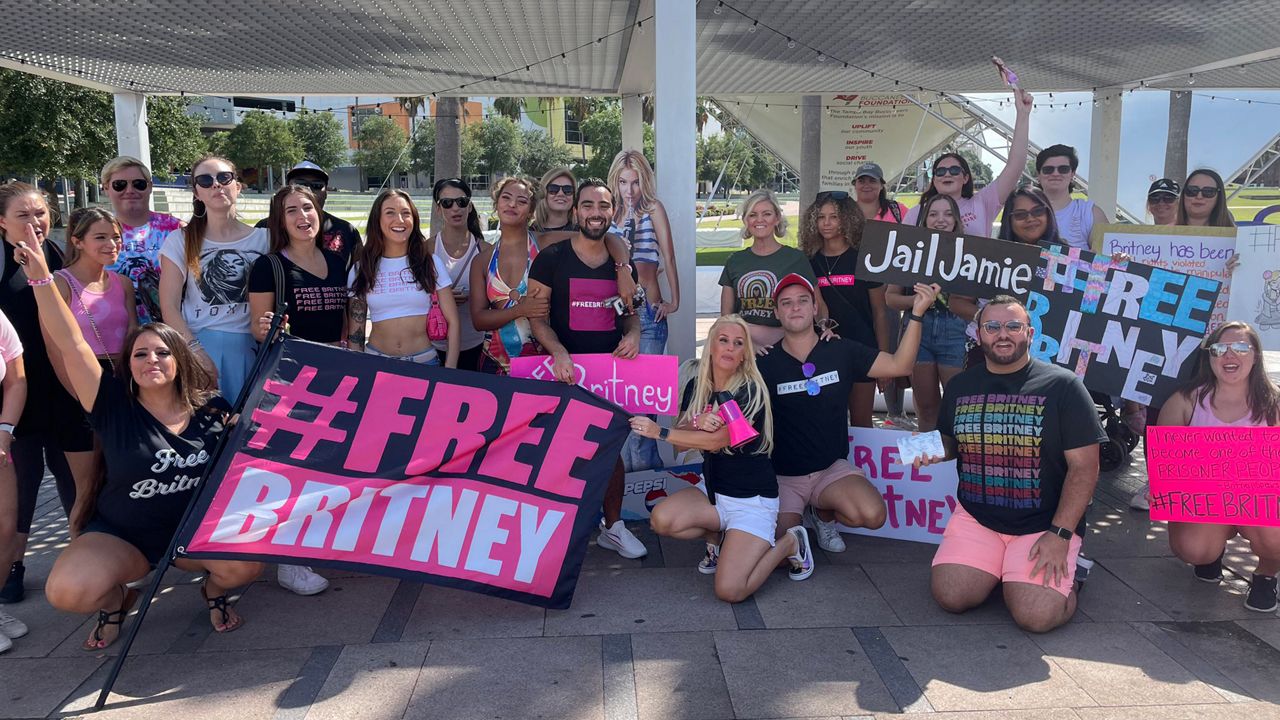 A group of Britney Spears supporters during a rally in Tampa on Saturday. (Spectrum News/Tim Wronka)

TAMPA, Fla. — The “Free Britney” movement has come to Tampa.

Fans of Britney Spears rallied in downtown on Saturday.

#FreeBritney rallies have grown around the country since the pop star spoke out against her conservatorship in court last month.

She and other supporters say they gathered to let people know what’s going on with Britney Spears and her current situation.

Spears has been in the conservatorship since 2009. She spoke out against it in court in June, saying she’d like to control her own money again.

This prompted fans to continue the growing #FreeBritney movement on social media and now take it to the streets.

.@timospears has been organizing #FreeBritney rallies all over the country. He’s co-hosting this one with Clare Kelly from Tampa. pic.twitter.com/WaXXkWJdeP

“Aside from being a super fan, it’s generally really concerning when someone does not have their right as an American to make their own decisions,” Kelly said.

Longtime fan Timothy Rivera came in from Texas for the rally. He’s helped organize Britney rallies all across the country.

“People ask why we're not at the courthouse in Los Angeles?” Rivera said. “We just really want to educate the public masses so we can put more public pressure on the courts in LA.”

That latest stop was Tampa, where dozens marched and sang along the Riverwalk, with signs, flags, t-shirts, and a life size cutout of the pop star. They handed out information for those asking about it.

Despite public rallies like this one, a judge ruled to keep Britney Spears’ father, Jamie Spears, as her conservator.

The issue is continuing in court.

“Civil liberties and human rights is kinda what drew me in,” Kelly said. “Britney is the interest point but then it grew to be so much more.”