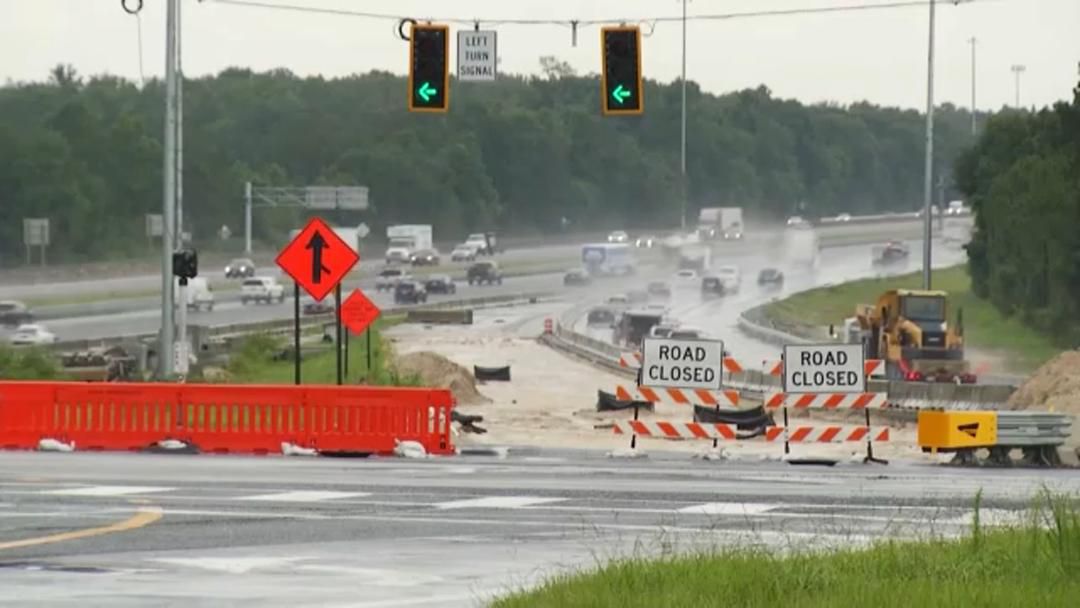 The Diverging Diamond Interchange planned for I-75 and State Road 56 in Pasco County is one of the bigger construction projects in the Tampa Bay area. (Spectrum News image)

PASCO COUNTY, Fla. — For many, it feels like it's been forever since drivers on S-R 56 in Pasco County have seen work crews on the job.

The Diverging Diamond Interchange planned for I-75 and State Road 56 in Pasco County is one of the bigger construction projects in the Tampa Bay area.

Residents have complained that they have not seen crews there in awhile.

"I have not seen anyone working at SR 56 and I-75 for a while. This project has been going on for so long and I was just wondering if something was wrong and why it hasn't been completed yet" said New Tampa Resident, Jordan Rogers.

Lanes are still blocked and orange barrels dot the roadway. However, Florida Department of Transportation said there are no worries.

FDOT said the previous contractor, D.A.B. Contractors out of Inglis is no longer on the job.

In every construction project there are progress markers that need to be met, with paid bonuses for being ahead of schedule. However, D.A.B. was behind.

In November of 2020 the state issued a notice of intent to pull from the contract and new goals were established.

Just last month, D.A.B. missed another project milestone so the contract was vacated.

The process to find a new contractor is currently underway.