Activists for prisoner rights in Florida think it’s inhumane that a majority of the state's prisons lack air conditioning and air ventilation, which is why they’re encouraging people to sit inside a mock jail cell currently set up in the parking lot of the Allendale United Methodist Church in St. Petersburg for three minutes this week.

“I would like to invite the public to come out and challenge themselves to spend three minutes in the mock prison cells and see how hot and stifling it is inside, so that you're aware of what an incarcerated person deals with on a daily basis,” said Laurette Philipsen, communications director for Florida Cares Charity.

The exhibit is the exact size of a two-person prison cell in Florida’s major correctional institutions. It includes clothing, boots, soap and food items purchased from the same company that the Department of Corrections purchases from as well, says Philipsen.

Denise Rock, the executive director of Florida Cares Charity, says she conceived of the idea of creating the mock cell with a formerly incarcerated prisoner in 2019, and has previously taken it to the University of Miami and to Tallahassee to share with legislators what the experience of sitting in the cell feels like.

“What has come out of this has been students and the public say that they’re shocked at how small the place is,” she says, adding that the department needs significantly more financial resources and has for years. “At this point, we can’t even get our (corrections) officers to work in those conditions because those conditions are so brutal, and I think that’s something that our Legislature needs to take a serious look at.”

Florida Cares Charity and FAMM (which changed its name from Families Against Mandatory Minimums in 2018) are sponsoring the exhibit.

“So many taxpayers and supportive citizens have no idea that they do not have air conditioners in the Florida state prisons,” said FAMM member Michelle Rothwell, whose son is currently serving a 40-year sentence for trafficking and robbery at Liberty Correctional Institution in the Panhandle. “I talk to people on a daily basis and they’re like, ‘you’re kidding me.’ And I’m like 'no'. It’s inhumane.”

"Currently, 18 of Florida's major institutions use air-conditioning in most of their housing areas. This is approximately 23%," said Department of Corrections spokesperson Molly Best.

“New institutions are designed with air-conditioning, but many current FDC facilities were constructed prior to air-conditioning being commonplace and were designed to facilitate airflow to provide natural cooling with them,” Best wrote in an email.

Private prison companies in Florida have a better record of provide air-conditioning.

“All facilities operated by GEO across the United states and internationally, including the five correctional and rehabilitation facilities we currently operate on behalf of the State of Florida, have climate control/air conditioning in all indoor areas including all housing units,” says Christopher V. Ferreria, manager of corporate relations for the GEO Group based out of Boca Raton.

Florida is not an outlier when it comes to lacking air-conditioning facilities in its correction system. A 2019 study by the Prison Policy Initiative found that 13 other states lacked universal air conditioning in their prisons.

Philipsen was incarcerated for more than eight years at Lowell Correctional Institution for grand theft. She says that the issue is a humanitarian one.

“I understand that people go to prison. They’ve been accused of a crime. They’ve been charged with a crime, sentenced for a crime. But they are still human beings,” she says. “We treat our animals better than we do the incarcerated people in prison, and it has to stop.” 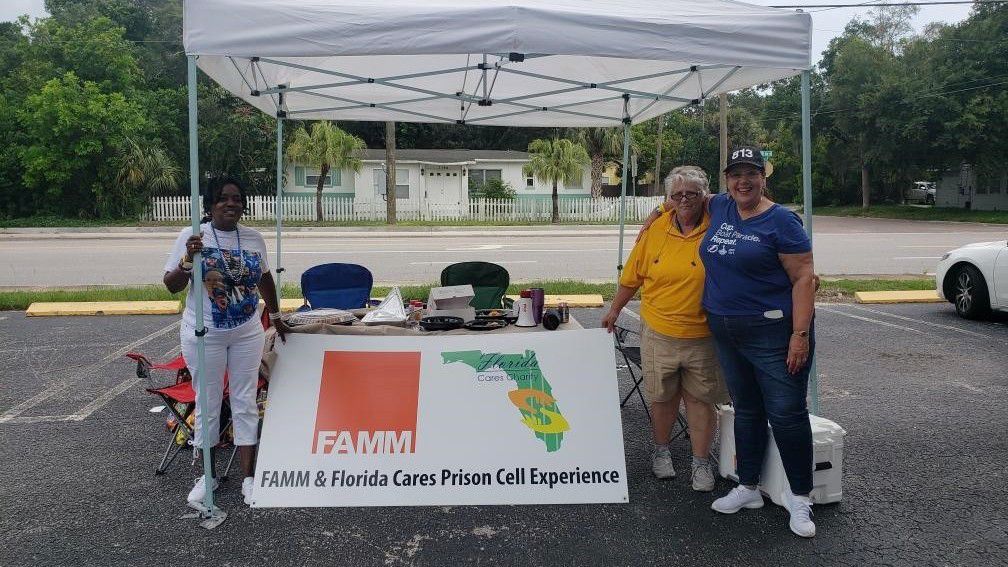