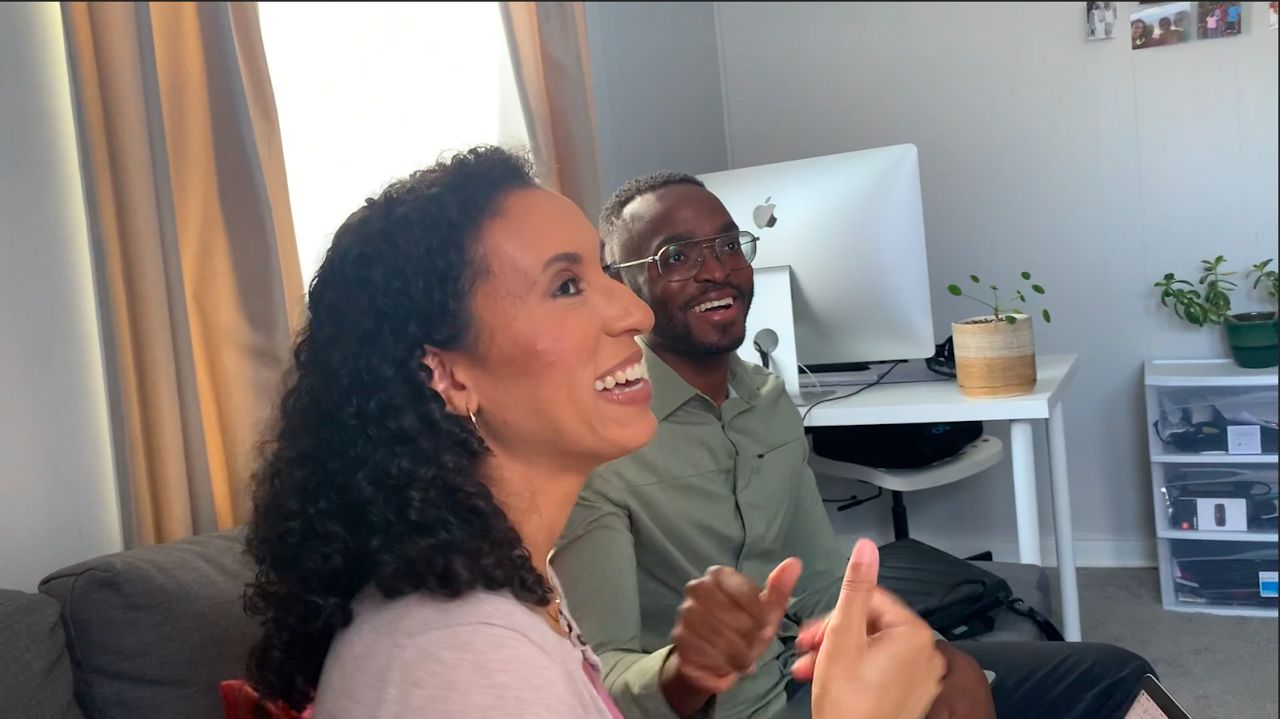 TAMPA, Fla. –  A Tampa couple, and startup co-founders of Black Stock Footage, pitched a winning idea to Microsoft that is paying off.

"This is where we first starting dating," said Zebrina Edgerton-Maloy, pointing to a photo of her and now fiancé Imani Lee in high school.

The high school sweethearts have been celebrating a decades-worth of milestones together, including the launch of their business in which Microsoft is investing $25,000.

𝗪𝗔𝗧𝗖𝗛 𝗧𝗛𝗜𝗦 ! The moment #Tampa couple and founders of @blackstkfootage learned @Microsoft was investing $25,000 into their company. They beat 10 other startups during a pitch competition. @BN9 #BIPOC #BlackRepresentation #BlackBusiness pic.twitter.com/urGEQIH7hQ

"We want to make a difference with this platform," said Edgerton-Maloy, co-founder and chief communications officer.

The Miami native discovered the competition which at first her fiance was hesitant about entering.

"I listened to her and I'm so thankful for Zebrina!," said Lee, co-founder and CEO.

Microsoft was sold on their idea to meet the demand for stock footage of black people in every day life circumstances.

"It helps people learn about the black community," Lee said. "It also provides a service that can be used by anyone and everyone in the video or content creation process."

Lee says he realized where they were lacking when clients were requesting more black people in their campaigns.

"We want to showcase it all," he said. "Some beautiful images of a black family."

He says that Black representation in stock footage was limited and did not capture the full diverse scope of the Black/African diaspora.

Black Stock Footage will officially launch in fall 2021. The Tampa company is looking to hire and expand.

To learn more, visit their website and Gofundme page.

Your support is helping us create the largest #stockvideo platform 100% focused on Black people, cultures, and activities. Help us bring this vision to life by donating to our GoFundMe campaign at https://t.co/92SrLjdL3Y 🔗⁠#BlackStockFootage #BlackRepresentation #BlackTwitter pic.twitter.com/VHBlSlnziG