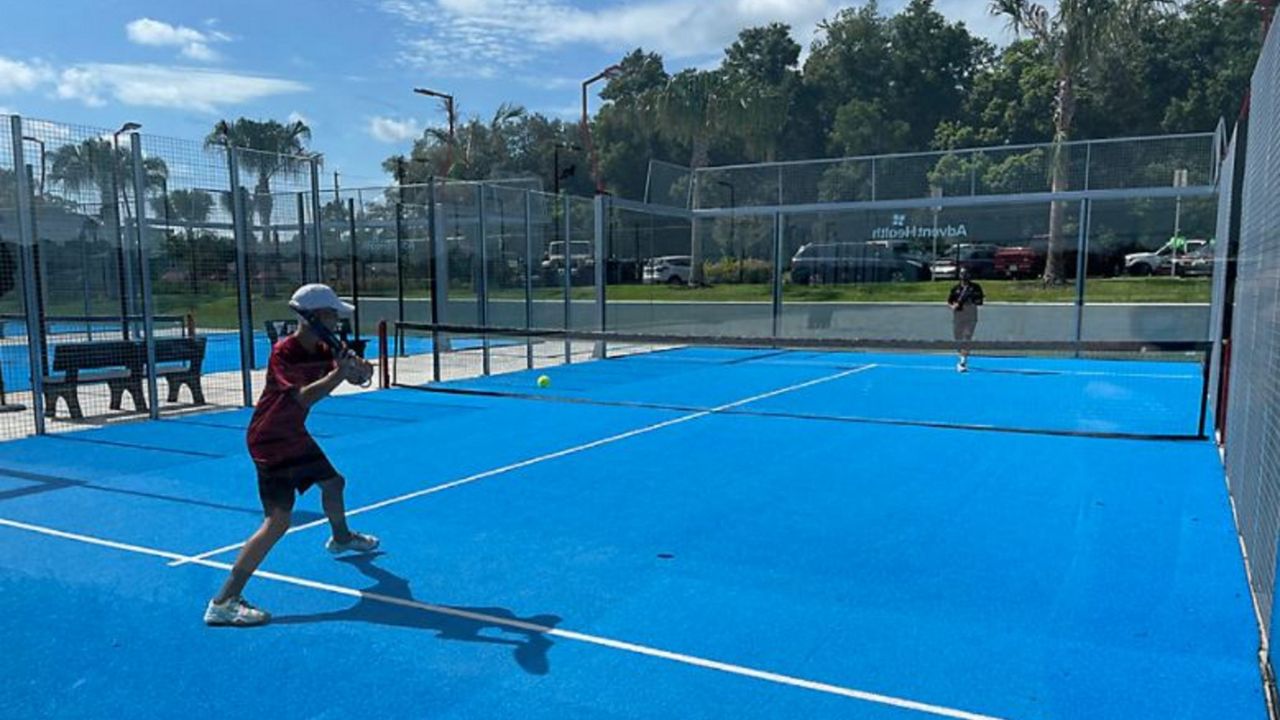 ZEPHYRHILLS, Fla.  — The Sarah Vande Berg Tennis Center is preparing to host the International Padel Cup next month. The USA will take on Spain in what SVB's CEO and Pasco County's tourism director say is the first event of its kind.

This is what you get when you have a world-class facility such as the Sarah Vande Berg tennis facility here in Zephyrhills, and the Florida's Sports Coast, the tourist development council, we couldn't be proud enough to partner with such a facility to bring an international event right here, in our own backyard," said Florida's Sports Coast Director Adam Thomas

Padel is reportedly the fastest-growing sport in the world. According to SVB, $120 million is spent each year on equipment and accessories, and there are 4.5 million players and more than 2,000 clubs around the globe. Collard describes it as a combination of tennis, squash, and racquetball. It's played on a court that has walls on two sides.

"In padel, you use the wall a lot, but everything else is tennis," said SVB Padel Director Edgardo Aldahondo. "The court is smaller, but it's the same. You try to keep your opponents back, you attack, and you want to take over the net. You want to charge the net as much as possible."

"I can tell you for a fact that anybody who came here never heard about padel and tried to play padel once, they all get hooked," said Collard. "We're losing tennis players to padel. We're losing pickleball players to padel because once they try this, it's very unique."

Collard said SVB has already gained international attention for its tennis facilities, and the tournament already seems to be doing the same for padel.

"A lot of players call me and say, 'Hey, we heard about this tournament - what's happening?'" said Collard. "So, it's a small industry, right? Small community, and with the internet, the word spread very fast."

Thomas said it's hard to estimate how much revenue the event could bring to the county.

"We are looking at this as a longevity event," said Thomas. "The spill-off of that is going to be multiple events, multiple international events, more visibility for the Florida's Sports Coast team and especially for the Sarah Vande Berg tennis facility, which is ranked one of the top ten padel facilities in the world."

Collard said padel will also be one of the sports included in SVB's sports academy. Phase two of the center's construction will involve building a 100-bed boarding facility for students who will train two-to-three hours a day in tennis, padel, golf, or soccer.

Spectators are welcome to the tournament, which will be held August 26-29. On Friday and Saturday, there will be day sessions from 1 p.m. to 3 p.m. and night sessions from 7 p.m. to 9 p.m.

Sunday's final session will be held from noon to 4 p.m. Collard said people who come to watch won't be charged an entrance fee.