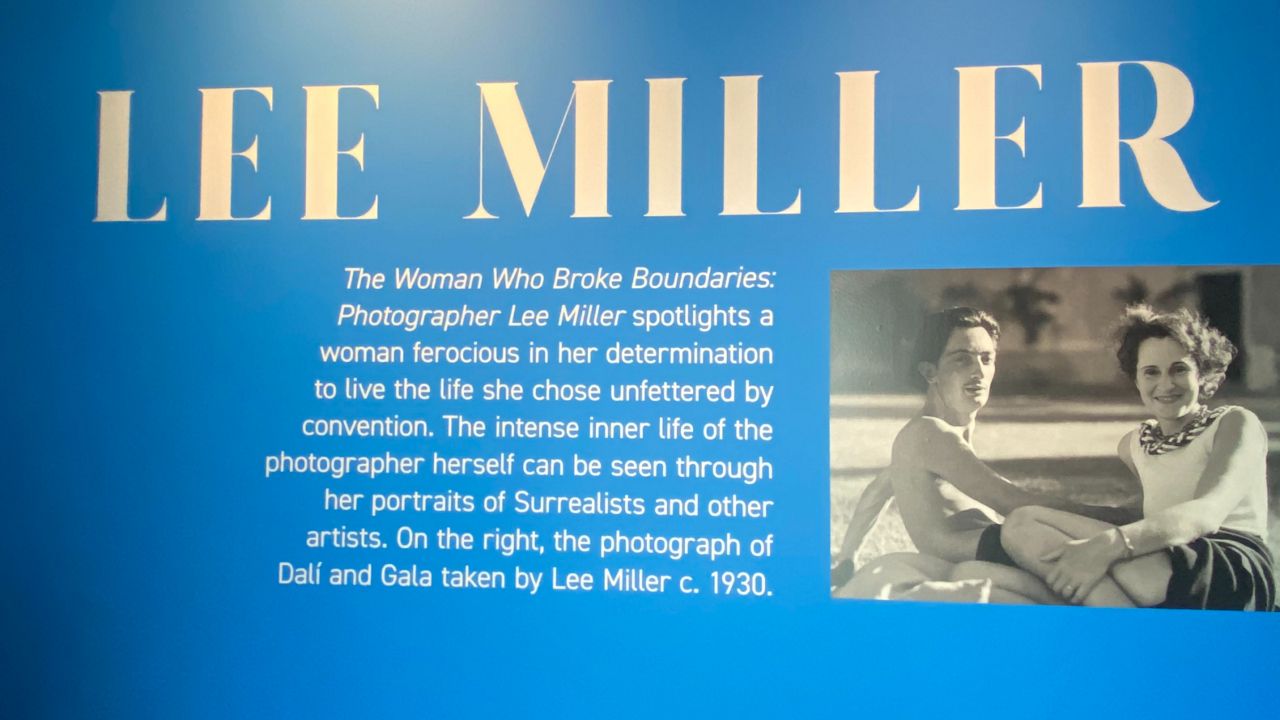 The Lee Miller exhibit will remain on display until January 2 at the Dali Museum. (Spectrum Bay News 9/Ashley Paul)


“She was a beautiful woman who was a Vogue model,” said Dr. Hank Hine, director of the Dali Museum.

“She decided she wanted to change that, turn it around and be the one who takes the photographs,” said Hine.

So she made that dream a reality, which can now be seen at the Dali Museum — Photographer Lee Miller: The Woman Who Broke Boundaries.

Walk through the exhibit and you’ll see her work with some of the greats — from Dali to Picasso to Leonora Carrington.

“It’s a wondering feeling to show her connection, it emphasizes that the world of art is organic and one of people," said Hine. "People who knew each other, people who had a common spirit, people who encouraged and maybe even competed with one another."

But her work as a photojournalist during World War II, being one of the first to document the Nazi concentration camps, also gained her notoriety.

This woman was a Jill of all trades, and as Hine puts it, she was good at everything she did.

“I think the exhibit is both historically interesting and inspiring," Hine said. "You can’t help but be inspired by her spirit of independence."

The exhibit will remain on display until January 2.

Visitors are encouraged to download the Dali Museum app, which offers a guided audio tour to learn even more about Lee Miller.