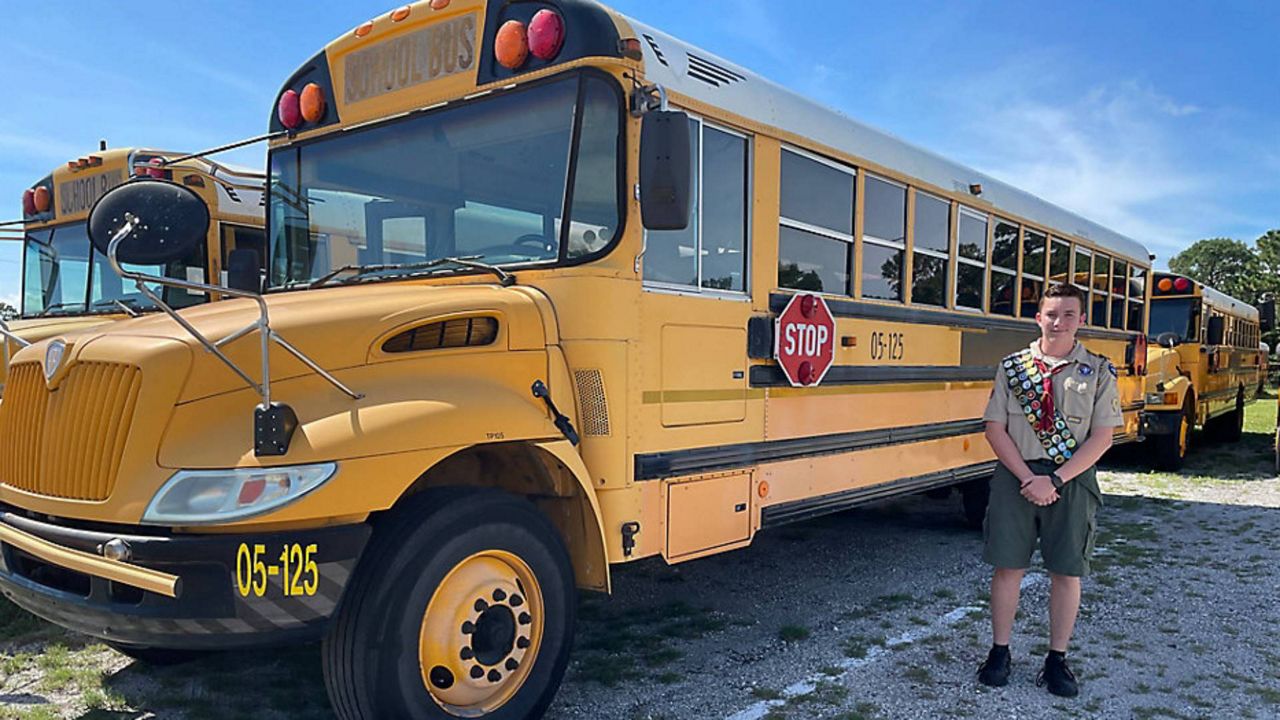 Davis is a Life Scout with BSA Troop 77 in New Port Richey. The bus is part of his effort to achieve the organization's highest rank - Eagle Scout. He plans to turn it into a mobile food pantry for the nonprofit Messengers of Hope Mission.

"Disbelief," said Messengers of Hope CEO Bob Gardner of his initial reaction to hearing Davis's plan. "Of course, you hear a lot of people, you know, make promises and say, 'Oh, I want to do this, I want to do that. You know, they have all good intentions. It's rare when someone follows through."

"It definitely got frustrating, but every single time I just helped to feed the homeless or help feed those in need, it just gave me a boost of, 'I want to finish this, I want to be able to help these people,'" said Davis, who also volunteers with the pantry.

Davis said it ultimately took the school board agreeing to a $2,000 price tag to make it possible to buy a bus. His father, Dave Davis, said the purchase is in progress, with payment expected to be made this week and insurance arrangements and title transfer to the pantry to follow.

"When it came to this idea, we knew that he was going to do something big," said Dave Davis. "We've been helping him, and we're very proud of him. He's done a great job."

Gardner said the food Messengers of Hope Mission hands out in communities each week helps between 2,000-5,000 people. He said right now, volunteers load food and supplies for their stops into multiple vehicles.

"To be able to give out food that is actually frozen, to have everything on hand that we need, to not run out of food is going to be a big deal," said Gardner.

Next up for Davis is more fundraising.

"The next step is going to be just making sure the bus is repaired and able to run well," he said. "Then, we'll have to install shelving inside of it to store food that can be brought to these people."

Donations are being accepted through a GoFundMe account. Davis also plans to raise money by selling ad space on the bus. Businesses can contact him through his project Facebook page or by e-mailing JacksonDEagle@BSATroop77.com.

Messengers of Hope Mission is also accepting both monetary and food donations. Gardner said the pantry was hit hard by the pandemic, and food supply is currently at 30% of its normal capacity. You can contact the pantry through its Facebook page to learn more about donating.