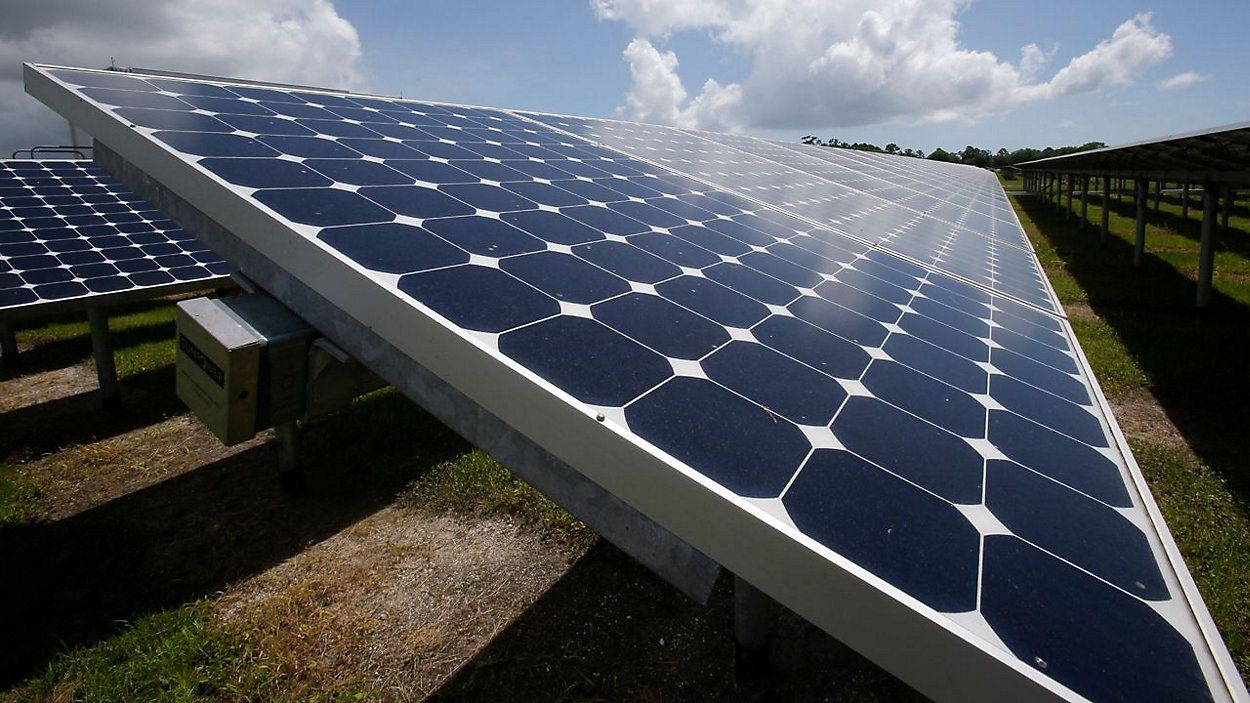 While Florida’s investor-owned utilities have expanded their solar generation in recent years to the extent that the state now ranks as the leader in solar capacity in the Southeastern U.S., it still lags when it comes to offering residents and businesses the ability to put solar on their roofs, a new report released Thursday says.

The report, titled “Blocking Rooftop Solar,” written by Environment Florida, U.S. PIRG and the Frontier Group, contends that the utilities, lobbyists and “front groups” are responsible for undermining local clean energy efforts in the Sunshine State.

“Florida does not allow solar Power Purchase Agreements, or PPAs, which facilitate solar power financing, and we also require that homeowners purchase expensive insurance for solar power systems,” said Ryann Lynn, climate and clean energy advocate for Environment Florida on a Zoom call with reporters on Thursday. She added that while Florida does offer net metering, “the overall policy framework is not conducive to rooftop solar.”

Of the more than 21 million people who now live in Florida, the Public Service Commission reports that around 90,00 households and businesses have net metering, which is the policy that allows residential and commercial customers who generate their own electricity from solar power to sell the electricity they aren’t using back into the energy grid.

“One of the biggest blockages we have when it comes to rooftop solar, is the inherent design of the utility solar system,” says Clifford Mitchum, an independent energy advisor for Crew SWFL Solar. “By focusing on centralized solar installations, they’re not encouraging rooftop solar, which actually assists the utility grid by lowering the overall necessity, because the homeowner’s rooftop solar is providing the power for their home.”

The report also says that another factor on why Florida lags behind many other states when it comes to rooftop solar is the “fierce opposition” from the state’s three investor-owned utilities: Duke Energy, TECO and Florida Power & Light.

Orlando Democratic state Rep. Anna Eskamani acknowledges that the investor-owned utilities have been expanding their solar capacity in recent years, but adds that “they want you to pay them for it.”

“They look at rooftop solar as being competition and so they want to maintain their business model where customers pay them for electricity,” she says. “They don’t want the decentralization of it.”

*As a size reference – this total is larger than most of DEF’s individual nameplate steam and combined cycle power plants."

"Tampa Electric has nearly 10,000 customers with solar panels on their homes or businesses – and we “interconnect” about 200 more each month (the vast majority of those are residential customers).

We have a strong commitment to renewable energy, and we believe solar energy holds great promise, which is why it plays such an important part of our energy future."

"Florida is in the midst of one of the largest solar expansions in the U.S. due to the declining cost and increased efficiency of solar technologies. Solar has become a very competitive generation option in Florida – and there are now multiple ways for customers to benefit.

At FPL, we love solar in all forms. Our goal is to significantly expand access to solar for all customers as cost-effectively as possible. For us, that means continuing to execute on our “30-by-30” plan to install more than 30 million solar panels by 2030. We have already surpassed 40% of the way to that plan, with more than 12 million solar panels installed and more than 40 universal solar energy centers in operation, which benefits all FPL customers by reducing the company’s already-low fuel costs and adding more emissions-free solar generation to FPL’s energy mix. It also means offering SolarTogether – the largest community solar program in the U.S. – which enables customers to enjoy the benefits of solar no matter where they live and whether they rent or own, as well as SunAssist, which provides low-income customers with an easy and affordable way to lower their monthly energy bills by sharing in the benefits of Florida-generated solar energy.

Regarding private, rooftop solar, we support it and we continue to support the customers who choose it and can afford it."