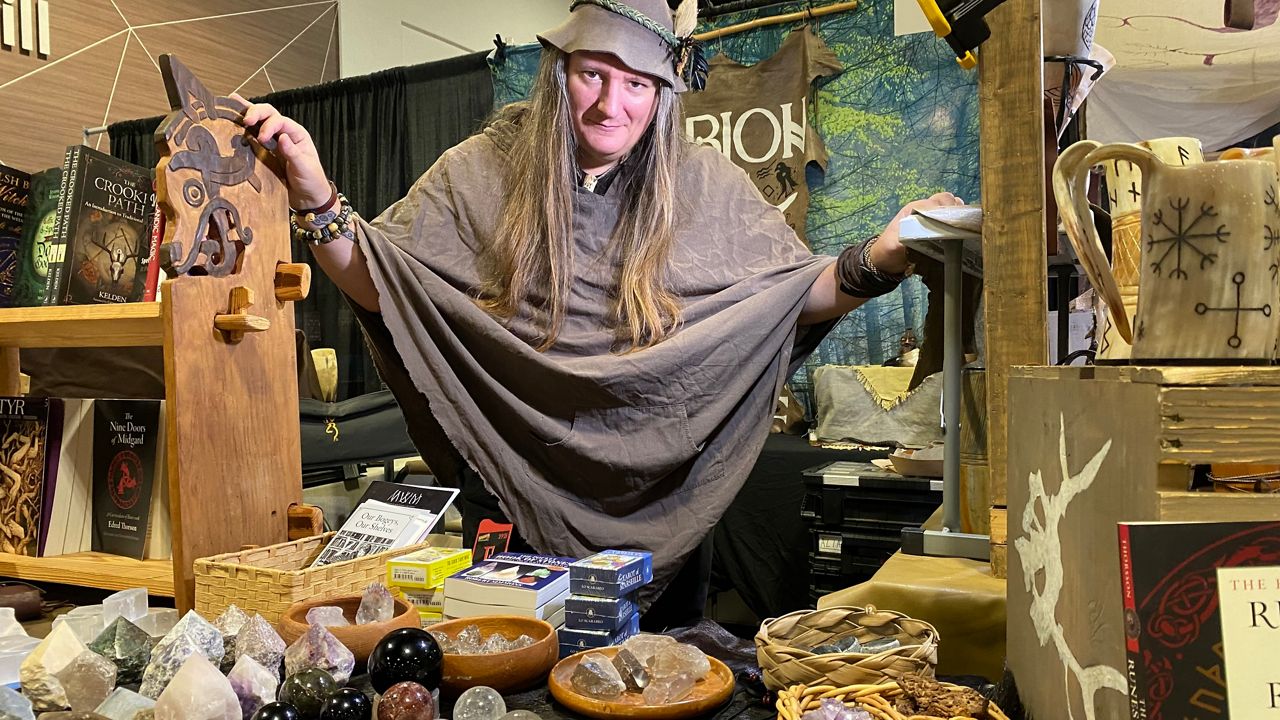 Crystals and Goat horns y'all. St. Augustine-based vendor Albion Grove is into English Magic. They are just one of the many unique sellers at Comic Con.

TAMPA — Crowds are returning to the Tampa Bay Comic Con, and folks running the show are encouraging them to do it safely.

“So we do highly recommend the wearing of masks indoors and we have plenty of sanitation stations around the hall to assist,” says Jaimie Kautzmann, Press Agent for Tampa Bay Comic Con.

Convention-goers on hand as the doors opened are watching the pandemic grind on.

“I’m concerned about the Delta variant personally. I’m vaccinated so I feel safe in that regard," said Evan Anderson.

Anderson and Emma Bhandari have been waiting a long time to whip our their intricate cosplay costumes.

That means their costumes may not be as recognizable as, say, Spiderman, but there are other Critical Role fans out there.
So when they meet their virtual people in real life in these halls-- it’s excellent.

“It’s a really, really touching and gratifying experience because you put so much work into the cosplay,” said Bandhari.

In the past Comic Conn saw more than 50,000 visitors, but this year, there are not yet making estimations.

They are releived to open.

"We’re all just kind of hoping for the best. I do believe that the group that we’ve had a in past years will come back and that’s really what we’re excited for us to have everybody back,” said Kautzmann.