TRAFFIC: Multiple injured in crash on I-75 in Pasco County

Pasco County, Fla - Pasco County Fire is currently working a major crash on I-75 near mile marker 283. Multiple medical helicopters have been called to transport four people who were injured in this crash.

According to a tweet from Pasco County Fire Rescue, a pickup rolled multiple times and multiple people were ejected from the vehicle.

Traffic in the area is currently stopped due to the medical helicopters entering the area.

Firefighters have called for 4 medical helicopters to transport 3 adults and 1 child as trauma alerts. A pickup rolled multiple times and ejected multiple patients. Traffic is currently stopped due to incoming helicopters pic.twitter.com/q0zPNKe2T2 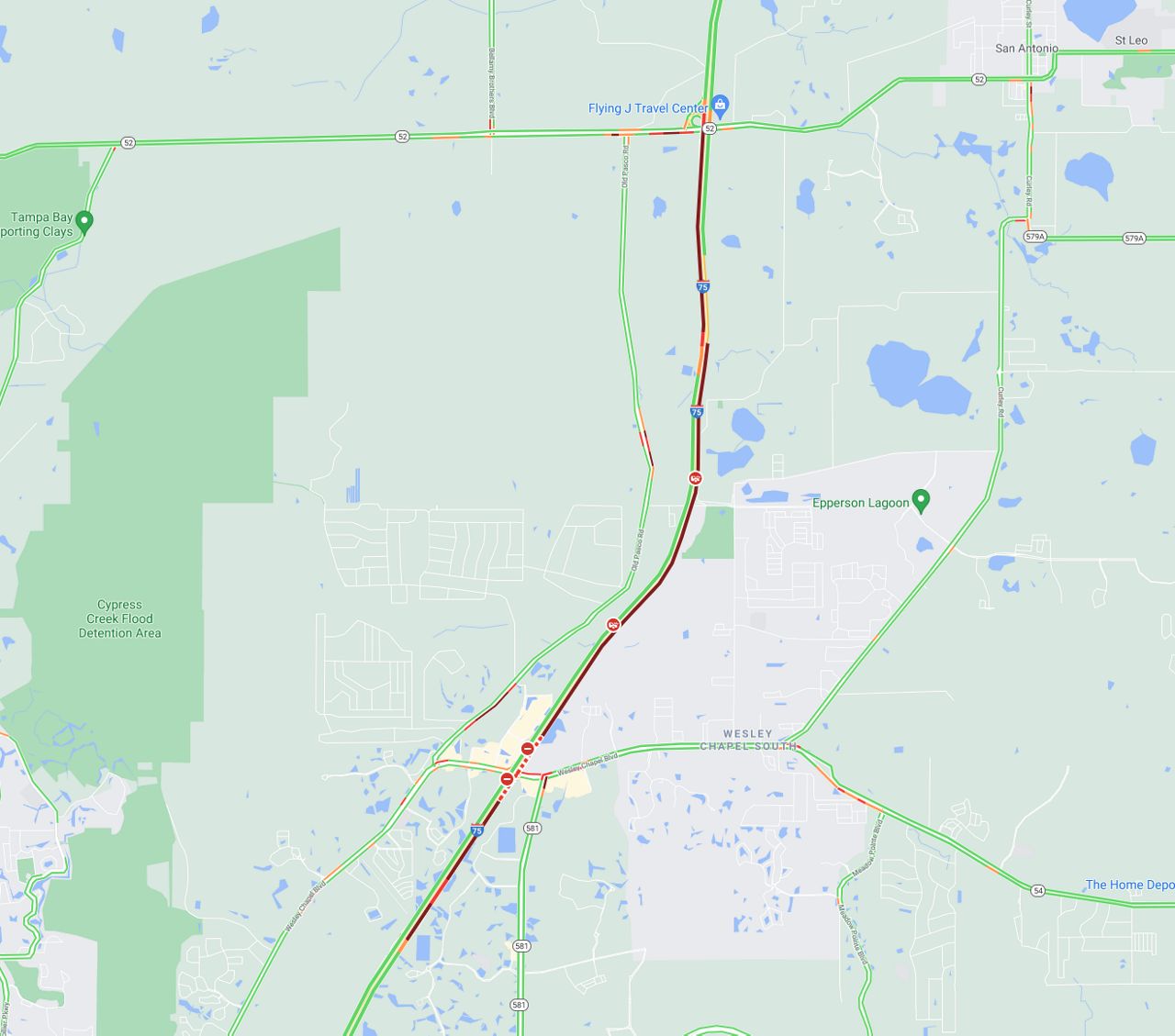