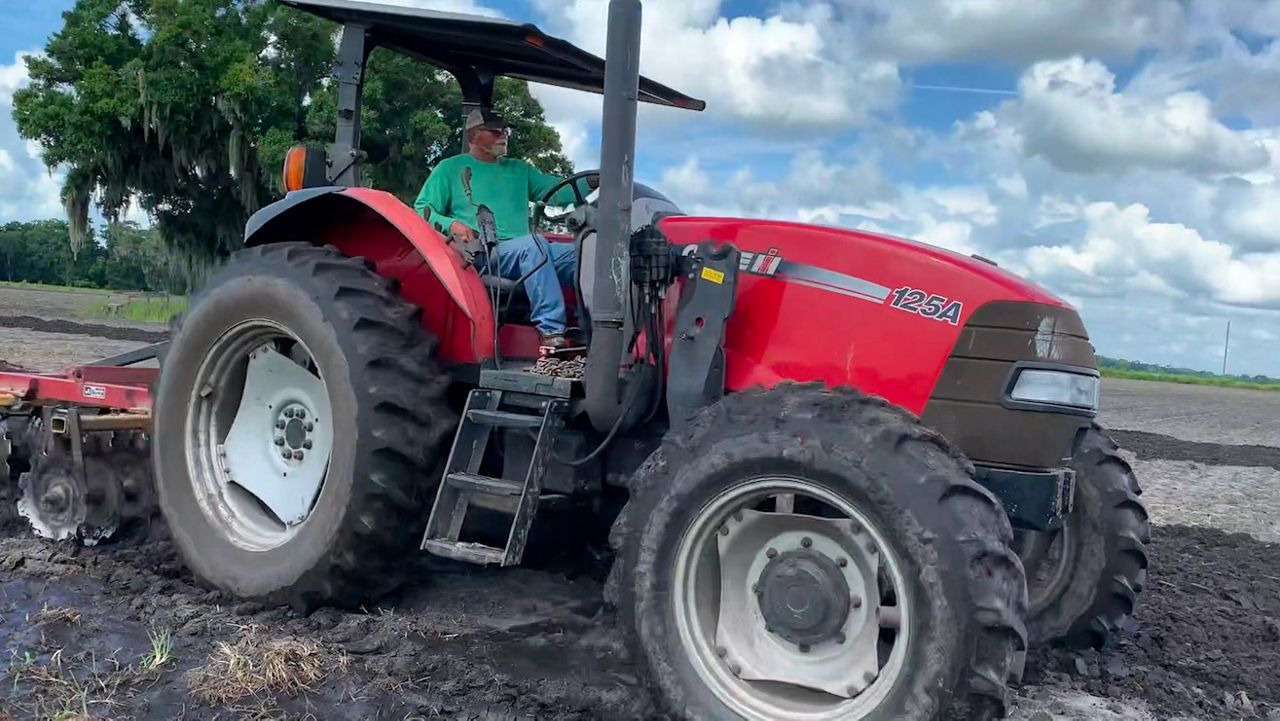 PLANT CITY, Fla. — Four billion dollars set aside by the U.S. Department of Agriculture for famers of color is tied up in a legal dispute, and farmers in Hillsborough County are left waiting for financial relief.

The money was approved under the American Rescue Plan for struggling farmeres and ranchers, but a federal court in Florida court ruled in June that the federal loan forgiveness program is discriminatory.

Plant City farmer Claude Gay has worked as a farmer for more than 40 years. He says he applied several times for a USDA loan but has never been approved.

Five generations of Gay's family have grown crops on his land. He owns 32 acres and produces ocra, squash, peas, beans, tea and all kinds of greens.

And at 71, he still tills the land himself. It's a one-man operation.

"Just me and all mighty God," he said.

Gay says he has never had employees because he couldn't afford to hire help.

"The beginners farmers loan, the social disadvantaged loan, you name it — I applied with no success," he added.

"Black farmers need a little finance. We need all the help we can get,” said Plant City Farmer Elrod Curry. $4 Billion set aside by the USDA for disadvantaged farmers is tied up in a legal battle. Learn why on @BN9. pic.twitter.com/L15ODKvFCJ

Gay is hoping to get some help from the USDA debt relief program that was halted by a federal judge in Florida over concerns that it discriminated against white farmers.

U.S. Secretary of Agriculture Tom Vilsack said the goal of the bill was the exact opposite — to "respond to decades of well-documented discrimination against socially disadvantaged farmers and ranchers by USDA," according to his department.

"Right now, Black farmers need a little finance," said Plant City farmer Elrod Curry. "We need all the help we can get. "

"We've been treated unjust" Gay added. "You don't get the full benefit of your veggies when you take them to the market. A lot of times you have to plant according to the weather conditions, due to the fact that you don't have proper irrigation. So, its a risk."