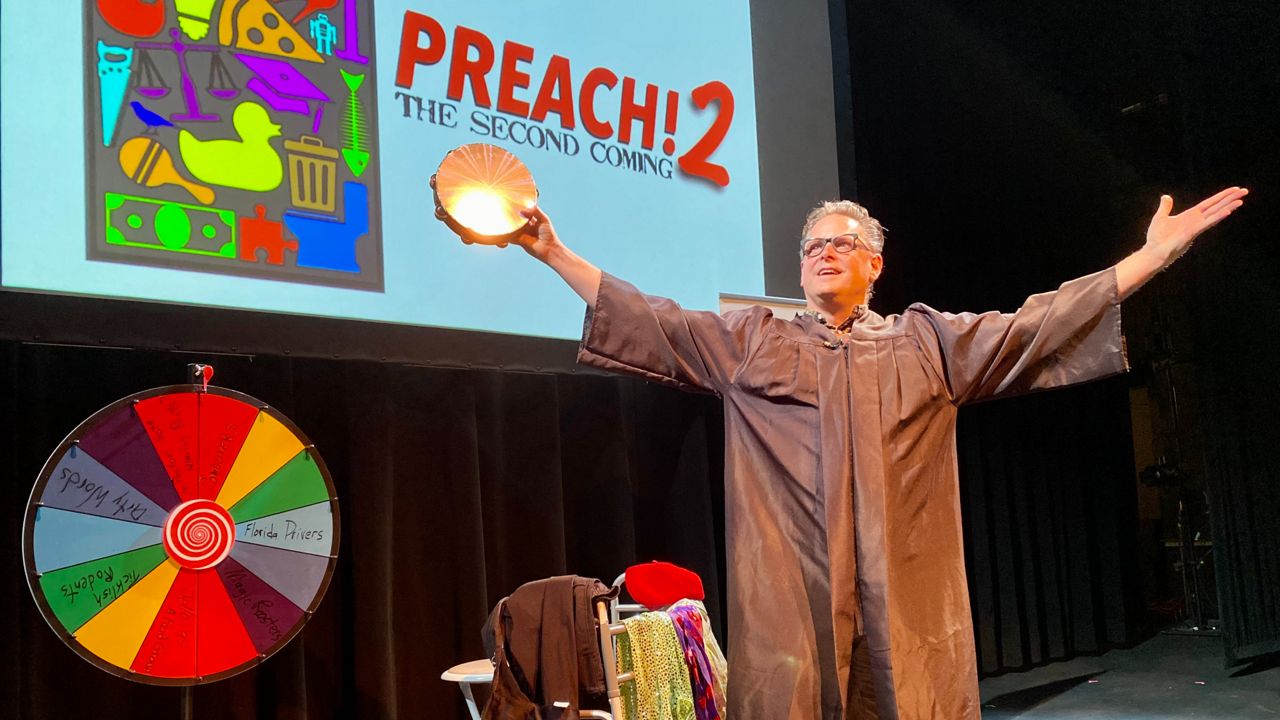 Tampa Actor Scott Swenson as "Pastor Scott," from Preach 2: The Second Coming. (Picture by Will Glenn)

Tampa Fringe Festival: Lean, live and masked, for your safety

Where else can you drift into a magical grotto while watching shows from 13 different companies?

Halfway through the festival, performers are taking the stage once again August 4-8.

Peaceful songs of nature are piped into an "environment" of canopied sitting areas and twinkling lights decorating tall, indoor trees and animal-faced archways.

It's all created for socially distant relaxation between shows, like "Preach 2: The Second Coming."

"Our first sermon is all about magical roosters,” says Mark Swenson, as he spins a wheel filled with audience-generated topics and sermonizes his improv ideas on it, while wearing a graduation gown-turned religious vestment.

"Pastor Scott" is one of the many, many characters living on the fringe, creating new and different works for human consumption.

(For example, I  interviewed God as a Scottish Drag Queen and watched part of a sci-fi storytelling performance.)

Festival Director Will Glenn says art is what helps us get through difficult times.

"We're living through history and our artists are responding to it and doing so in incredibly creative ways," said Glenn.

Swenson's "Preach 2: The Second Coming," is showing on Thursday and Sunday.