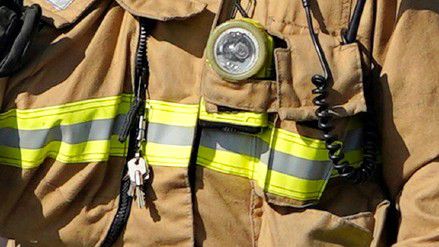 Fire chief: Only about 30% of St. Pete first responders are vaccinated

When St. Petersburg fire officials revealed to city leaders on Thursday that their best guess is less than 30% of first responders are vaccinated, they had to explain their findings.

“The last time we tried to wrap our arms around it was back in the spring, and the best we could come away with was 30%,” said St. Petersburg Fire & Rescue EMS Chief Ian Womack, “It’s very difficult to measure because there’s no mandatory reporting when you get the vaccine.”

Still, the number was very troubling to Mayor Rick Kriseman.

“From my perspective, if you’re not vaccinated but yet you’re a first responder, it raises an issue of if you’re living up to your oath,” Kriseman said.

So, the mayor is now requiring all city employees to watch a recorded town hall on getting vaccinated, but he says other mandates could follow.
“I know a number of communities around the state have put in place mandates for the employees, and that is certainly something that we are exploring and will decide whether that makes for a sense for us to do that,” he said.

Fire officials say first responders have been required to wear PPE since April 2020, and there hasn’t been a confirmed case of either a patient or responder getting infected by the other. But Chief Womack also believes his mostly young staff is having a change of heart.

“I think now that we see the delta variant affecting the younger group more … that actually will possibly influence our participation rates,” Womack said.