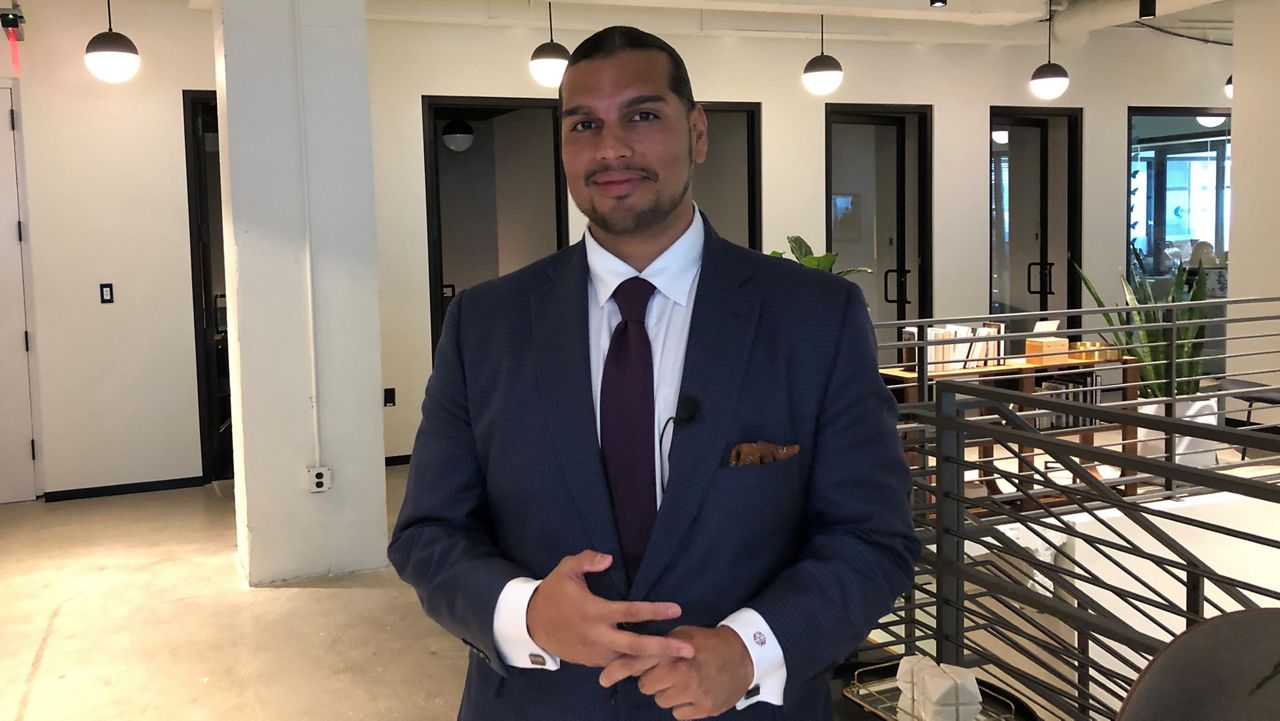 Tampa businessman Cesar Hernandez is the first member of his family to graduate from college. (Spectrum News/Mitch Perry)

President Joe Biden’s administration announced last week that it will extend the pause on federal student loan payments one last time, until Jan. 31. The president is also on record as saying he supports cancelling $10,000 in federal student debt per borrower through legislation.

But Democrats like Senate Majority Leader Chuck Schumer and Massachusetts Senator Elizabeth Warren are pushing for the president to cancel up to $50,000 of debt relief per borrower, and say he should do that through an executive order. Biden and House Speaker Nancy Pelosi have said that they don’t believe that he has the authority to do that, however.

Cesar Hernandez, the managing partner with the Tampa-based communications agency Omni Public, says he took out three student loans when he attended USF a decade ago. Any relief would be appreciated, he says.

“If you’re going to give a financial institution a break, then you should give like your actual citizens a break, right?” he told Spectrum Bay News 9 while speaking from his downtown office on Wednesday.

The first member of his family to graduate from college, Hernandez says it wouldn’t have been possible for him to attend USF without financial assistance.

“Mom was a cashier. Grandmother was cleaning homes. There was absolutely no way without some assistance that I would be able to continue my education,” he says.

There are more than 43 million student borrowers who are in debt by an average of more than $39,000.

“If we’re able to give people a bit of some relief, it’s incumbent upon us that we do that,” she says.

Pinellas Democratic state Rep. Ben Diamond supports college loan forgiveness, though he’s not certain if it should be $10,000 or $50,000.

“I want to see them work it out and find a compromise and find an agreement,” he says.

Both Diamond and Rayner are competing for the Pinellas County seat in congress next year currently held by Democrat Charlie Crist, as is Eric Lynn, who worked in the Barack Obama administration.

“College and vocational education prepares our workforce to compete in the 21st Century, but our future is being held back by $1.7 trillion in student debt,” Lynn wrote in an email to Spectrum Bay News 9. “Student debt loan forgiveness is the right thing to do, which is why I stand with President Biden’s plan to forgive up to $10,000 per student."

Some Florida Republicans have a decidedly different attitude about student loan forgiveness.

“Student loan bailouts are a corrupt and elitist way to punish working class Americans by making them pay the bills of others — it’s wrong,” says Central Florida GOP House member Anthony Sabatini, who is also running for congress next year in Florida’s 7thCongressional District currently held by Democrat Stephanie Murphy.

Amanda Makki, a candidate in Florida’s 13thCongressional District next year, said, “The economic crisis is over thanks to the strong responses of the Trump administration. People are going back to work, and there is no logical reason to extend the non-payment on student loans,” she told Spectrum Bay News 9 in an email.