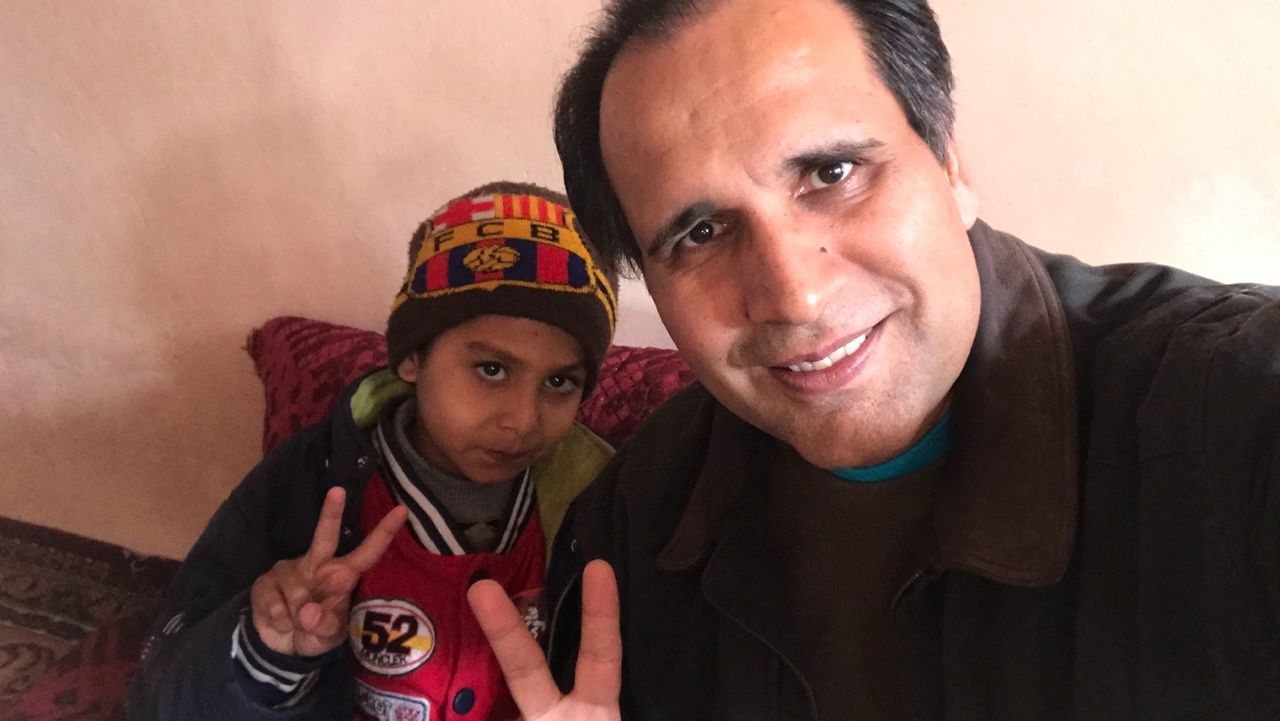 A flight to family: Florida couple awaits word boy they're adopting has made it out of Afghanistan

DAVIE, Fla. — A Fort Lauderdale-area couple was still waiting to hear Thursday afternoon if the 10-year-old Afghan boy they've been trying to adopt for five years made it safely out of the country.


"As of eight hours ago, I did speak with him. He was still at the airport, hoping to get onto one of the evacuation flights — perhaps to Doha, Qatar or maybe Istanbul, Turkey," Dr. Bahaudin Mujtaba said.

Mujtaba said he and his wife began the process of adopting his relative through marriage, Noman, back in 2016. They went through a number of steps, drawing up agreements with Noman's family members, completing U.S. paperwork, working with a Florida adoption agency, training on how to help a child from another country adjust to life here, background checks — the list goes on.

Mujtaba, a professor with Nova Southeastern University, said they were finally granted a visa in 2018 to go to the U.S. embassy in Afghanistan to do an interview only to be told that Afghan officials needed to see the death certificate for Noman's mother, as well as guardianship paperwork from that country. The process ended up having to start over, and Mujtaba said they had finally gotten back to the point this year where the vast majority of the paperwork was done, and they were waiting for a new interview to be scheduled.

"Unfortunately, as of last week, obviously we can see that the embassy's closing or closed," Mujtaba said. 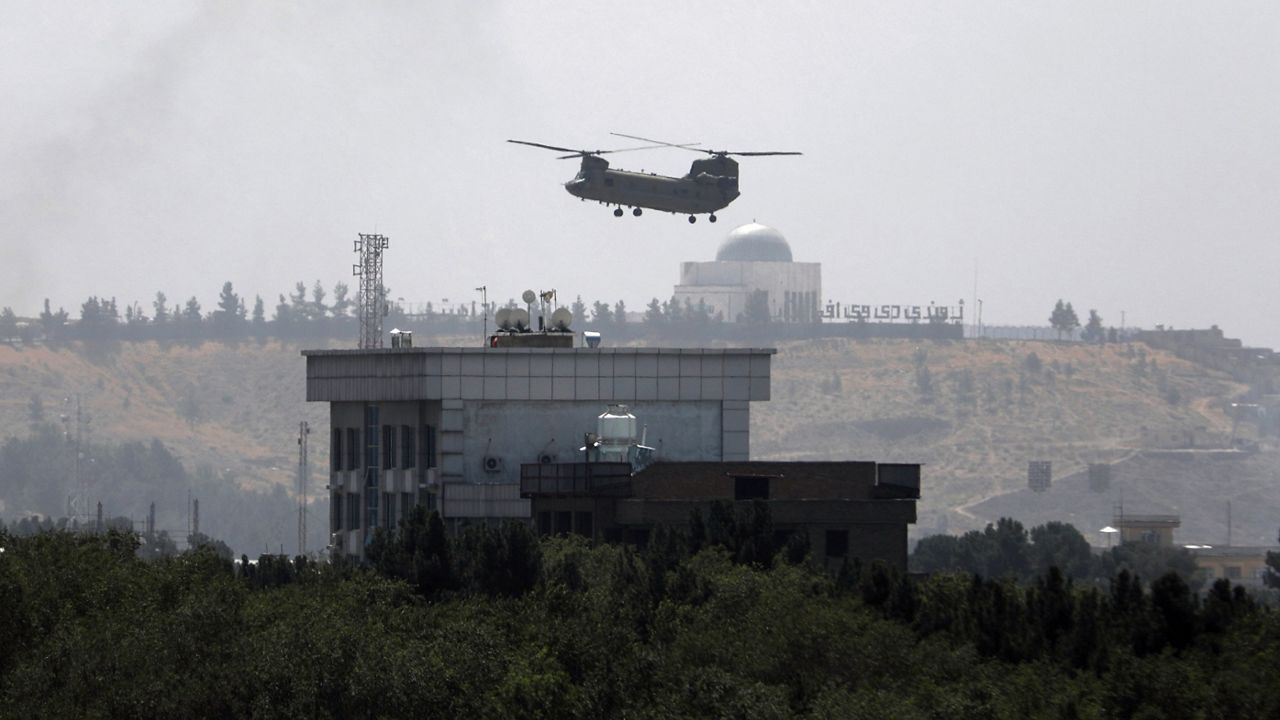 "It's too early to tell what the changes might be under the government operated by the Taliban leaders. So, we are yet to see that. I don't think much will change, necessarily — at least, I don't think so," he said, referring to the adoption process.

Mujtaba describes Noman as mature for his age. He said he goes to school and likes to play sports there and with neighbors. He's also been practicing the English alphabet since he was five or six years old.

"He would write the alphabet, oftentimes three, four, five pages, and he would show it to me. So, that's sort of like an artistry format, or calligraphy that we are familiar with. In Afghanistan, in Persian writing, people write often to become better and better, and I think he was doing that with English," Mujtaba said. 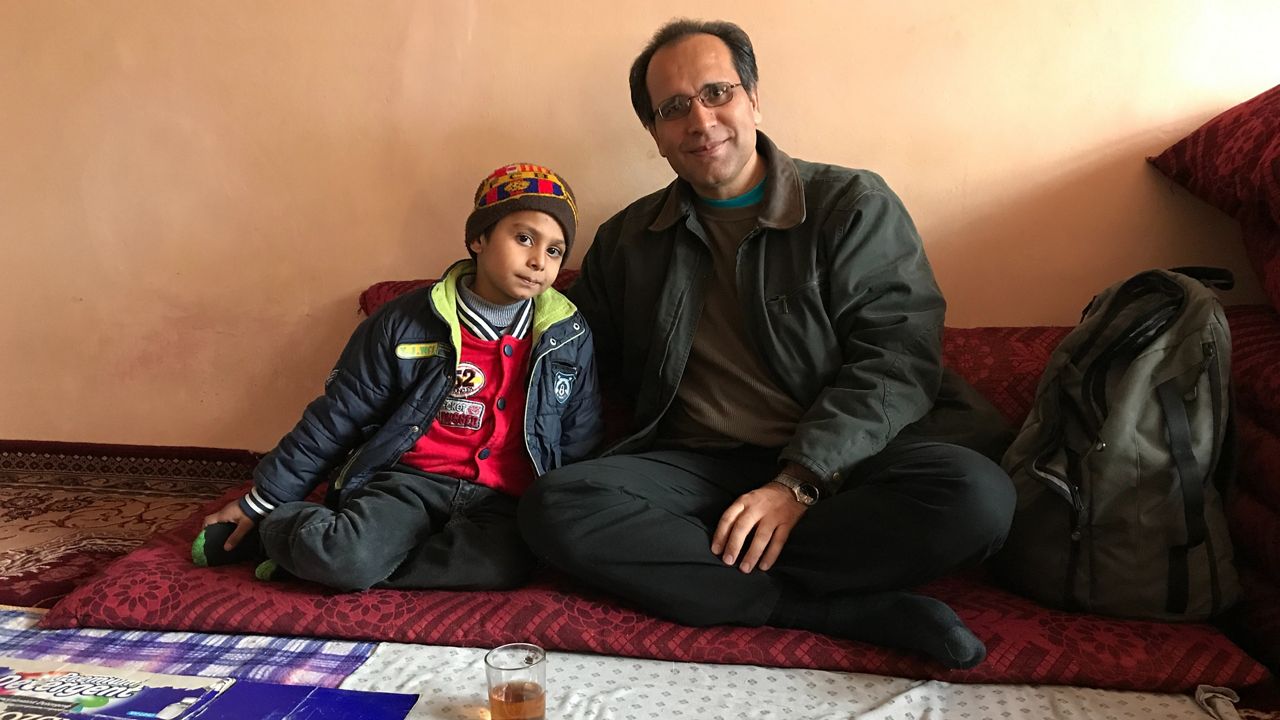 Noman also has health issues that Mujtaba said have never been formally diagnosed but may be diabetes or a nutrition-related condition. The focus now is to get him safely out of Afghanistan to get treatment and, hopefully, begin his education in the U.S. Mujtaba said the first attempt to get him onto a flight out of the airport in Kabul happened earlier this week.

"Noman, my son, along with the family who was accompanying him there to the airport, they got to the airport, and then they were not allowed to go into the airport. So, the Taliban security forces told them that they cannot go through the gate," said Mujtaba. "They did not witness any violence themselves, but I believe security forces were firing gun shots into the air to disperse the crowd at times. But that is fearful, especially for a 10-year-old boy." 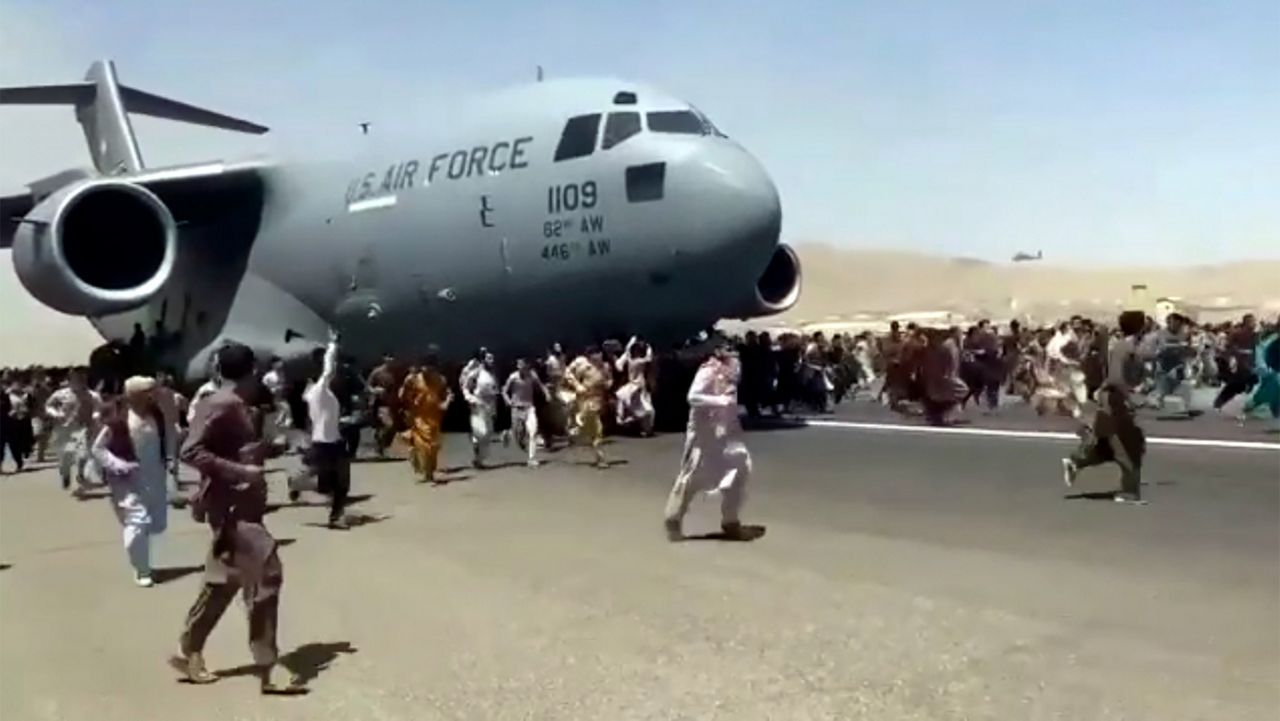 Hundreds of people run alongside a U.S. Air Force C-17 transport plane as it moves down a runway of the international airport, in Kabul, Afghanistan. on Aug. 16, 2021 (AP)

Mujtaba said he got the good news Thursday morning that Noman was at the airport. When he spoke with Spectrum News in the early afternoon, he said he hoped he might already have gotten on a plane. Wherever Noman lands next, Mujtaba said the next step will be getting either a temporary or, hopefully, permanent visa to get him into the U.S. as soon as possible.

"I think that would be extremely positive, both for him and for me, because there were countless number of times in 2017 and 2018 that I told him it will be basically the next trip we will go home," said Mujtaba.

Mujtaba said he's also thankful to Sen. Marco Rubio's office, which is helping with parts of the process.

Sen. Rubio's office said in a statement, "We are actively working with Dr. Mujtaba and the adoption agency." No further details were available.